Stop Being Obsessed With Your Own Rightness: What I’ve Learned About Unity 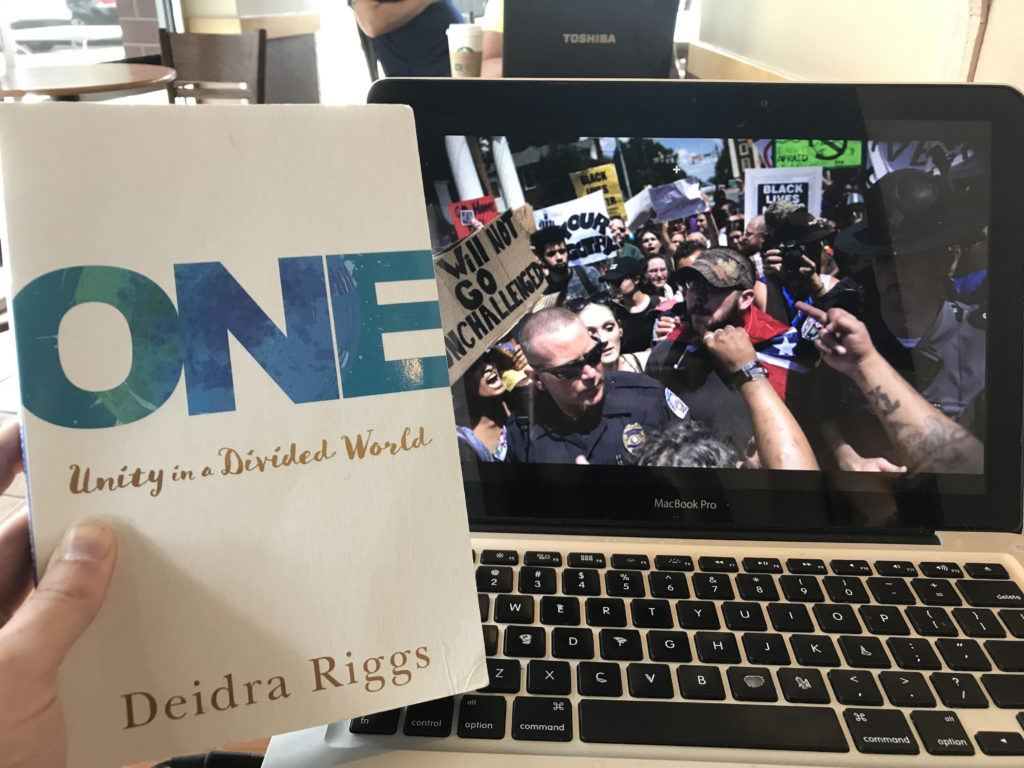 I’ve been trying to make sense of the division in the United States for the past couple of years. For too long, I felt like I was missing something, but I couldn’t put my finger on it. I’m not black or gay or any of the groups that have commanded the most attention related to discrimination so it was hard for me to understand their perspective. The latest iteration of turmoil finally pushed me to a place where “I got it” in a way I never have before.

But it really started with being open, curious and a true desire to see another side of things. It doesn’t mean I’ve changed my political views, but I’ve finally come to well, believe people when they say they feel discriminated against. And I’ve laid down my self-righteousness — as we all should do from time to time — to say… you know what? Right now, I’m just going to listen.

For the longest time, I had this crazy idea in my head that if I wouldn’t think or do something, other people wouldn’t do that either. That’s just not true — the world is full of people who do things I would never do on a daily basis. There are bad people of every design. But something to remember in all of this is that before I am anything, I am a Christian. It’s not about “you’re wrong, I’m right,” but if you want to find any kind of peace or unity in this fallen world, you’ve got to change your mindset about the people you encounter.

Reading “One: Unity in a Divided World” by Deidra Riggs spoke volumes to me. I could tell right of that the author and I probably didn’t have the same politics, but I didn’t care. I was desperate to find understanding amid the rage and division flooding this country.

I love that in the beginning of the book, she reminds us:

And I think no matter what we are doing we HAVE to start there. This book isn’t about forcing people to wake up and see the error of their ways, but about taking action myself to be pro-active and loving whether or not someone is doing the same back to me.

EVERYONE. All the people listed in the above passage. The racists. The people you despise. Our job is to live at peace with everyone and to love them. You know there’s never a bad time to extend grace? Right now is a wonderful moment to do it. Riggs writes:

“The grace we extend to others is a small way of letting God be God in the life of another person.”

As Christians, we’re extensions of God. We’re the hands and feet, you know? Don’t disable the body part you’ve been given to move and serve. And many people will ask, but what about justice? That may come in the judicial system or in someone’s personal definition of it, but Riggs says this:

“Ours is a field guide of kingdom come, where justice is not a prerequisite for reconciliation and oneness.”

There is nothing wrong with wanting justice — and working for it. But it shouldn’t be necessary for you to love your neighbor — everyone. It shouldn’t be necessary to open your heart to someone who is just flat out wrong. You don’t have to agree, you just have to love. We don’t live according to the rules of this world, we live according to a higher agenda.

And when we’re talking about division between believers in Christ, we really need to slow down. One issue that divides people today is whether or not homosexuality is in God’s intended design. There are Christians on both sides of this divide, even if one side is much smaller — and it’s hot to touch if step into that muck of an argument between them. But here’s the thing — STOP. A Christian leader recently made such an important statement that no one really paid attention to and it was something like this: Instead of coming at each other about this issue, we should be kneeling, arm and arm together at the foot of the cross. We can be rage-fully right in our own hearts, without an ounce of humility — and that should never be the case.

I’ve had to work hard on this when it comes to abortion. I have often felt rage-fully right. How can people possibly think this is okay, I say to myself. It blows my mind. But I can’t control this situation. And I cannot hate because of it. I had been though, I felt it. Last year, I made a point to begin praying for abortionists that may live nearby. What else can I do? I think they are committing one of the worst of acts and it absolutely breaks my heart but guess what? God LOVES them. He made them in his image and it’s my job to love. It has helped heal my heart a little it and lose some of the boastful “rightness” I held so dear.

And politics, oh let’s talk about it:

“Our political affiliation is neither right or wrong. It is an earthly category, plain and simple. Once we choose to follow Jesus, everything in our lives takes a back seat to that. Our affiliations and positions do not define us. Instead, they are one way in which we express our current phase of our faith journey in this particular moment.”

Oh and also this:

“The goal for each of us is to grow in love, not judging whether someone else is loving right or well enough.” And when you do that — and you pray for them, your “desire for them begins to align with God’s desire for them.”

I look at the white supremacist protestors in Charlottesville and I’m completely disgusted. But, listen, they all grew in their mother’s stomachs and were “perfectly and wonderfully made.” They were not born hating and they’ve always been loved by God. Their racism is born of our hurt and hate and sin of this world. When you look at stories like this, you can see there’s transforming power available but there’s not a lot of people willing to let God work through them in such a way. Believe it is possible, because ANYTHING is possible with God.

“The enemy would like nothing more than to keep us all distracted from the fact that he is the true source of all evil int he world…we forget and we focus our anger on people. Instead, we need to harness the energy of that anger toward Satan, who is the root of every act of evil. Extending loving kindness and compassion toward a person enables us to see more clearly the source of the evil for what it is…If Satan can make us believe our battle is against another person or group of people, he has successfully distracted us from doing battle with him.”

SO MUCH YES. You guys, it’s not the people, it’s the enemy working inside the people. Remember how Paul murdered Christians, was like a literal persecutor of God’s people — and then he was transformed into one of the most incredible leaders of all time? We’re gonna meet this guy in heaven — and at one point, he was killing our brothers in Christ. As Dr. Russell Moore said in his book, the next Mother Theresa might be working in a brothel right now. The next Rick Warren might be stealing cars right now. No one is beyond the healing power of Christ and we have to believe that about everyone we come in contact with.

“Believe it or not, God desires that even terrorists, abusers, and oppressors be reconciled to him, to themselves, and to one another….we reach forward expecting God is doing something new, even when we find it impossible to believe…Let’s surrender our imaginations to the will and the wonder of the Spirit.”

I fear when I write things like this that I will be told I’m just a naive white/straight/middle class/whatever girl who doesn’t understand. But I’m going to say it anyway because I believe it’s true. Jesus called us to pray for those who persecute us. He called us to dine with unbelievers and love those who are less fortunate. There is less fortunate in material and in spirit — both need love.

It’s time to get rid of our rage-ful rightness and embrace extreme grace. Every time someone choose this path instead of division, we move toward a more unified country, world and body of Christ.