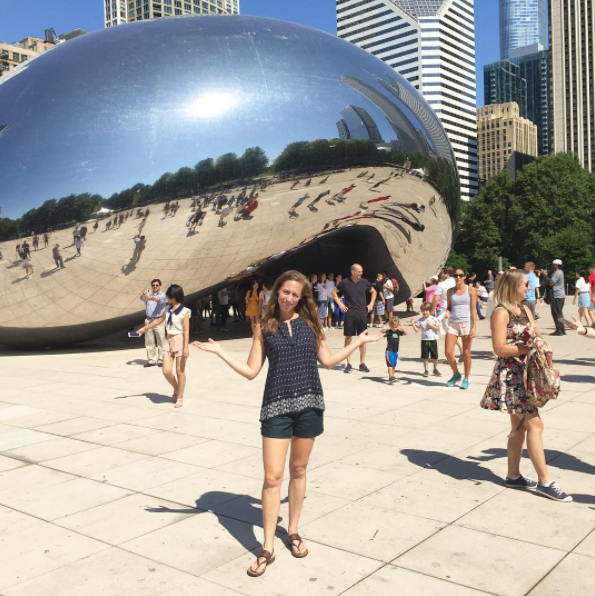 We took a weekend trip to Chicago and it was…interesting. We’ve really not taken many trips with Jacob so it’s always a little nerve-wracking and like, “will this work?”

I got a few ideas from people online on where to go, what to do & explore — and luckily we were able to accomplish a good chunk of things even in the short time we were there.

All in all, it was very stressful though. I finally realize why people find those child leashes so convenient. We couldn’t really do anything that had a line because Jacob will not stay put in a stroller that’s not moving, refuses to be held and just wants to run EVERYWHERE.

Chasing and yelling and soothing and keeping him calm was pretty exhausting. I think a very mobile 1.5 year old is probably the worst age of all for traveling of any kind! We’re probably also doing something wrong but who knows? Here’s a rundown of what we did.

Also, it was SO crazy that I lost/got my phone stolen and many of my adorable photos that made up for all the stress are gone 🙁 Apparently my phone backed up one day before they were taken so I didn’t get them back! 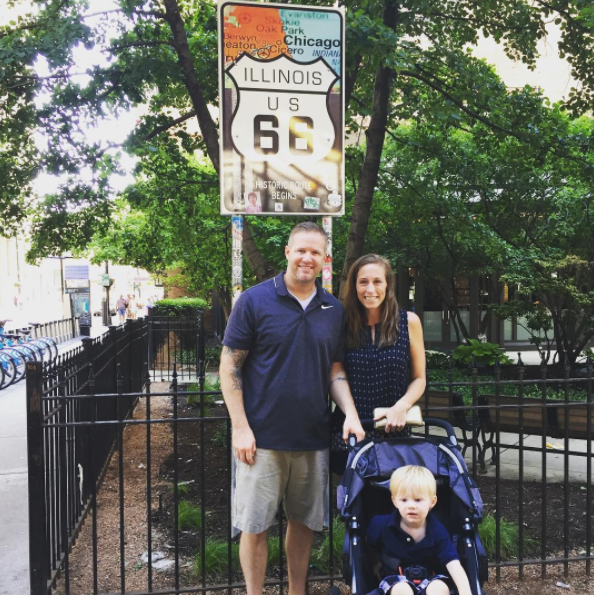 4. Skydeck (we went there & tried to go up but the line was our demise thanks to wiggly toddler! However next time, I’m gonna go!)

7. Pizano’s Pizza (wasn’t nearly as good as Lou Malnati’s that I had years ago)

8. Club Quarters Hotel (I liked it but there is ZERO parking, all valet and super annoying to deal with that) 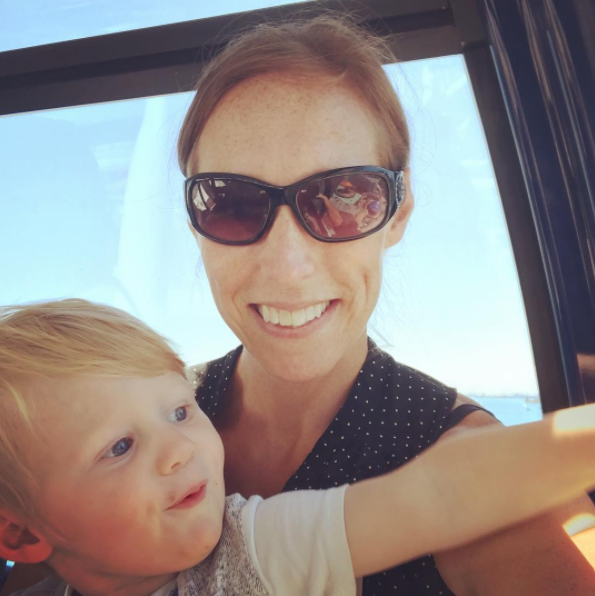 The above photo is at the top of the ferris wheel and does not showcase my wrangling of cute child to stop pushing on the doors and scrambling around the car we were in with OTHER PEOPLE. 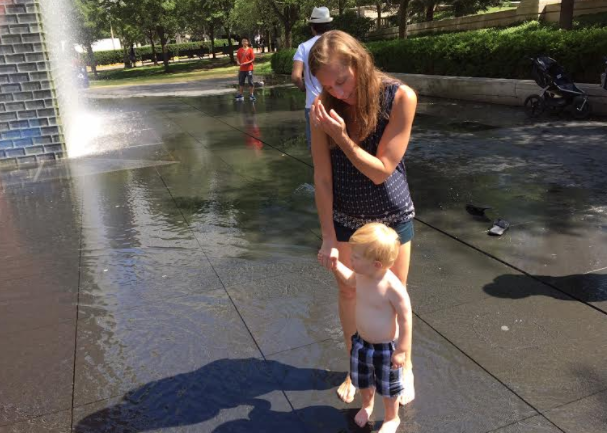 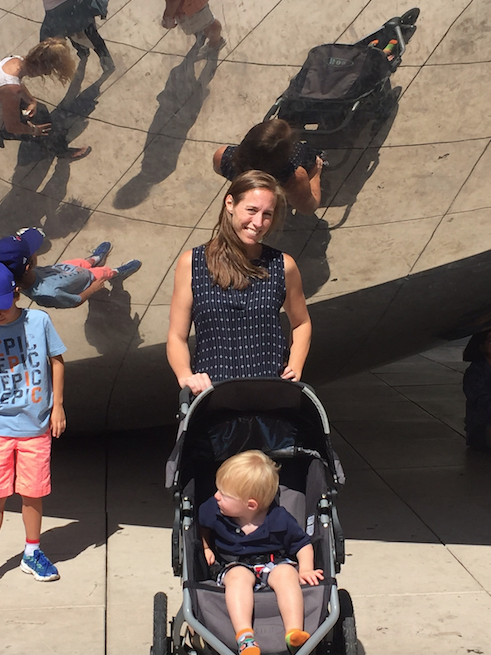 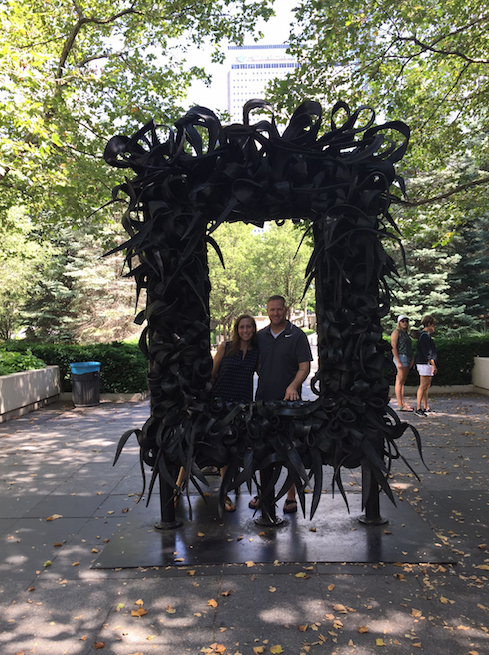 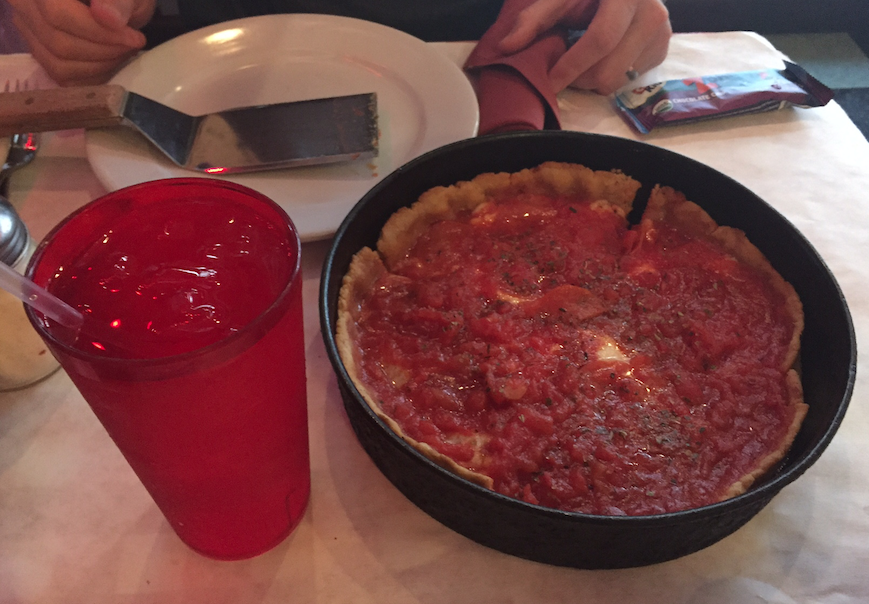 The valet parking thing made it really hard because we had to wait for them to bring the care, then we left the stroller in there one day and had to figure out how to get it out but didn’t actually need the car.

Meals out have gotten harder lately in general and this was no different. It’s a constant struggle to keep Jacob occupied so we always have lots of snacks and pray that wi-fi is available so we aren’t streaming Teletubbies with data!

Anyway, it really wasn’t all that bad but it was hard and I think Rick never wants to try taking another trip again. I can’t say the same for myself but…may be a little while at least!