Celebrating a Weird 4th of July 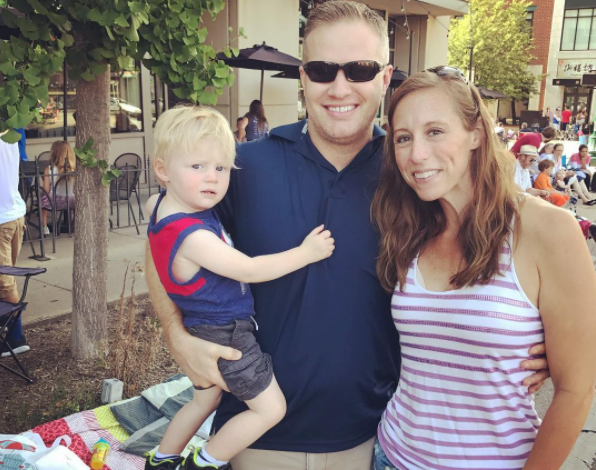 Hello friends! It’s so nice to be back in Indiana because I celebrate all the holidays with my family, instead of looking longingly at Instagram stories & Facebook photos of them hanging out together while I’m in Virginia.

This year, the first that Jacob could actually enjoy a parade, we headed down to Bloomington for our local parade. I had a great time with the family but it didn’t seem quite as fun as in years past. It was like the parade had turned into some kind of political messaging machine. 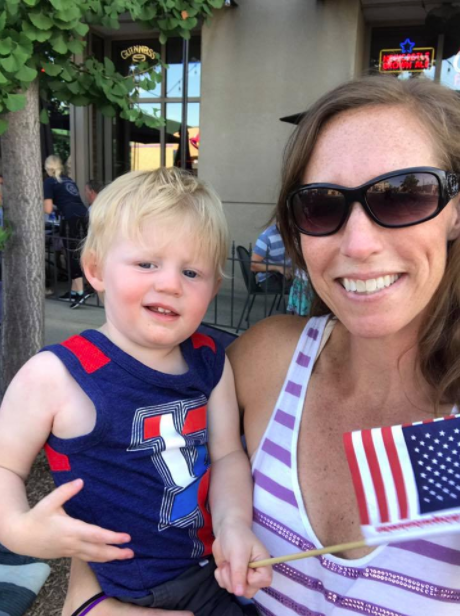 I love free speech as much as the next guy but sometimes, I think you should be tactful in how and when you choose to present a message. You may choose to disagree with me — and that’s totally fine — but I felt so strongly about our weird parade that I wrote about it for National Review. Here’s a small excerpt:

“There were a couple of floats celebrating veterans, but they were minimal. It seems to me that birthday parties, even the ones for our nation, ought to bring people together to applaud the things we can all appreciate — those on the far right and far left and right there in the middle.

First and foremost, a Fourth of July parade should prioritize those who volunteered to serve our country in the military, especially those who made the ultimate sacrifice for our freedoms. In past years at this parade, I remember marchers with POW-MIA signs, and different floats for Vietnam veterans, veterans of foreign wars, Iraq War veterans, and more. Those were all absent this year. The parade should also honor the local community, with plenty of Boy Scouts, school marching bands, local businesses, fair queens, and organizations represented. Some of that was present, but again, unimpressive.”

You can read my further take on the site but it seems to me the parade is far less populated both in terms of participants and viewers from when I was younger. I believe the highly political nature of the messages is part of the downturn in numbers!

Has anyone else noticed an uptick of divisive political messaging in their parades? I’d much rather focus on veterans, marching bands, the Shriners on their little motorcycles and the local gymnastics team! We had one float that was so strange I don’t even know WHAT they were trying to say. It seemed like a political message but what the message was, no one knows.

Either way, the kiddos didn’t know the difference. They just wanted candy! Jacob did get a little scared of the fire truck sirens and a big, walking rabbit that came up to him, but overall, I think he was enthralled with all the noise and the action! 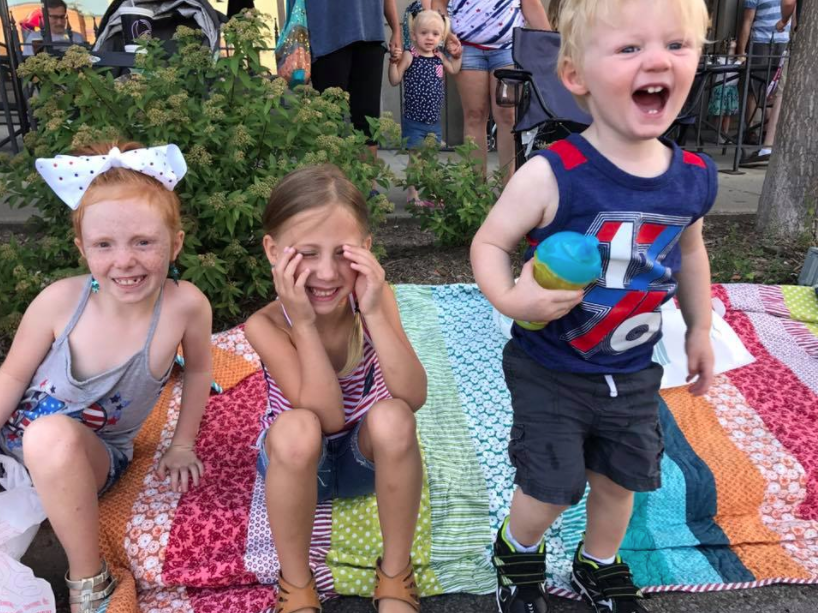