The CrossFit Open: Get Really Uncomfortable 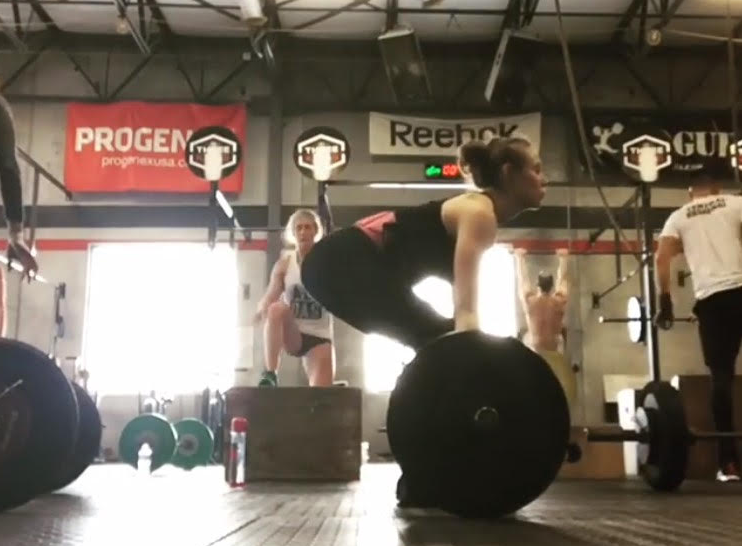 You can exercise out of drudgery and necessity — or you can get excited about fitness and love your action of choice. When someone talks about hating to exercise, I don’t relate. And that’s partially because I don’t have to dread staring at a TV screen on a treadmill or mindlessly pumping up and down on an elliptical. No disrespect if you do like those things but most people don’t and it’s part of why its so hard to exercise. It’s part of why gym memberships barely get used.

But what you had something that was different every day? It was challenging, unexpected, tested different skill sets, left you waking up each morning dying to see what the workout program was? Some days you love it, some days you hate it, but you never know what to expect. And to top it all off, there’s a yearly competition that every single person at every single level in your class can participate in. 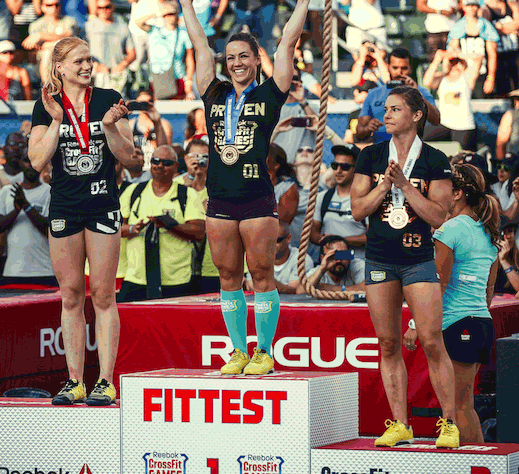 You anxiously await the announcement of the weekly competition workout and someone literally has to watch you — and judge your performance to ensure you get the reps correctly. Your scores are recorded alongside even the most elite athletes in your sport. It’s not about competing against Annie Thorisdottir, though, it’s about competing against yourself. It’s about giving you a little fire in your belly, perhaps a little nausea as you anticipate the countdown to start the workout. It’s about knowing you can’t stop and won’t stop because the clock is ticking and someone is watching and you know you can do this to the best of your ability. Trust me, you will not work as hard at LA Fitness or in your living room — I’ve tried.

The point is this: The CrossFit Open gives you an opportunity to get nervous and work hard and compete in a way many people haven’t since childhood. It’s a challenge to take on and it forces you to overcome doubts about yourself, fears about failure or looking bad in front of others. It’s such a lesson for the rest of our lives. It’s also about the security of knowing that your fellow gym goers will be right there cheering you on as if you were in the last round of the CrossFit Games, even if (especially if!) you are in last place. 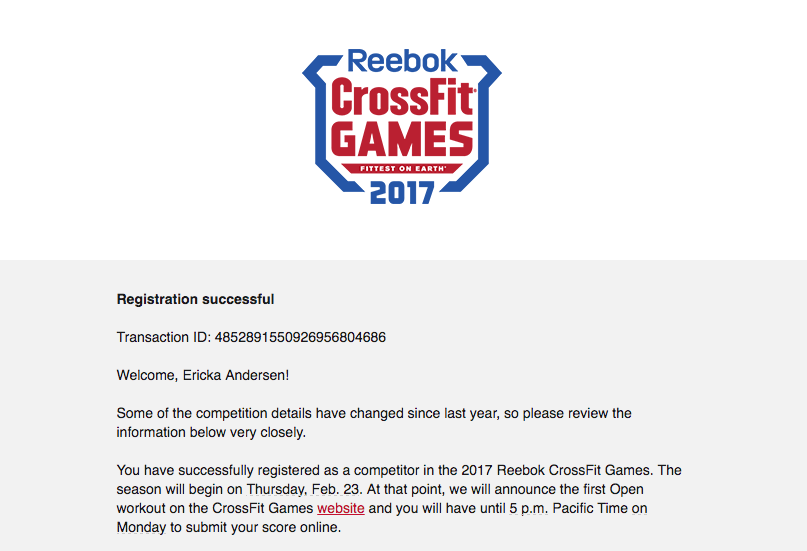 I just signed up for my third CrossFit Open — and even as I write this, I’m feeling nervous. I’ll never forget being near tears doing “Karen” in 2014 (I think that was the year it was in the Open) (150 wall balls & something else I never got to in the allotted time obviously!) and said I was never doing this again. I’m PRAYING “Karen” is not on the agenda this year for the Open. Being watched and judged for the Open is not my idea of a good time. It makes me really uncomfortable, in fact. But I’m SUCH a big proponent of doing things that make us uncomfortable because we are totally better for it. I’ll have to watch my form and hit my reps the right way — and that’s not always the case when I’m off to the side hoping the coaches aren’t zoning in on me.

It’s also a pretty cool feeling knowing that the best of the best in CrossFit world are doing the exact same workouts as me, at the same time. I’m going so far as to join a team at our box with two of my fellow ladies. We’re not super strong or talented but we’re gonna cheer each other on. Our scores will be posted and known — and we may come in last place. But like so many people say about starting something new — it takes courage to start.

One problem we have as adults is that we don’t often have to put ourselves in uncomfortable situations so we don’t. But it’s so exhilarating when you do and gives your life a whole new dimension. You end up seeing everything you new in a new light and it also takes the focus off your everyday problems. I’m not saying it’s the CrossFit Open specifically, but it exemplifies a great model to follow. 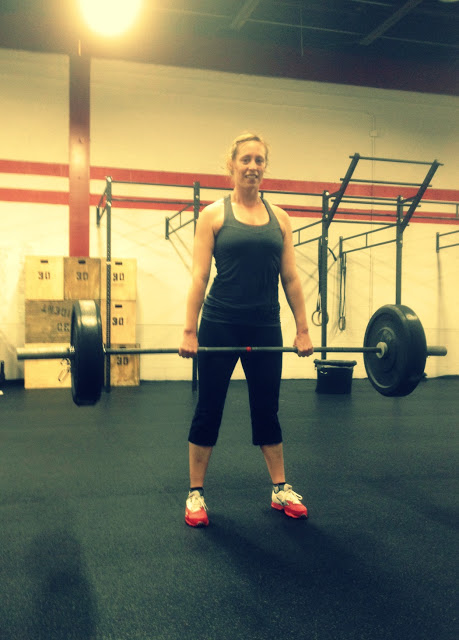