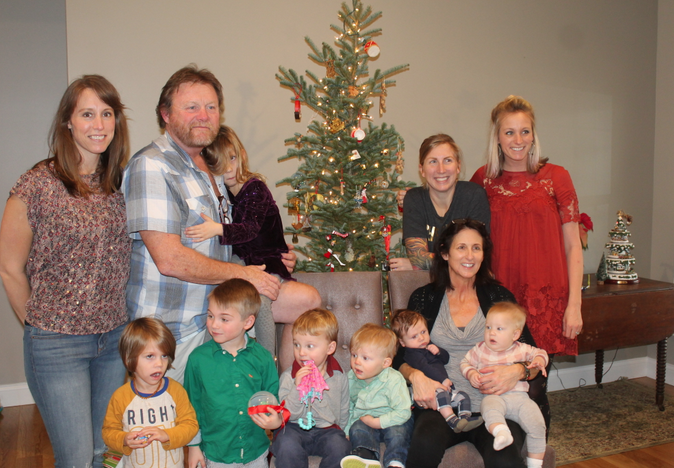 Christmas 2016 has come and gone! Since 2015 was kind of a blur, as we had a one-month-old at the time, it was nice to enjoy the season a tad more this year. Surprisingly, our newly-minted toddler did not tear down or destroy the Christmas tree!

He got more interested in ornaments and presents after awhile but it wasn’t too bad. It’s hard to believe kids like to play with everything else around them more than the toys that are there for just that! 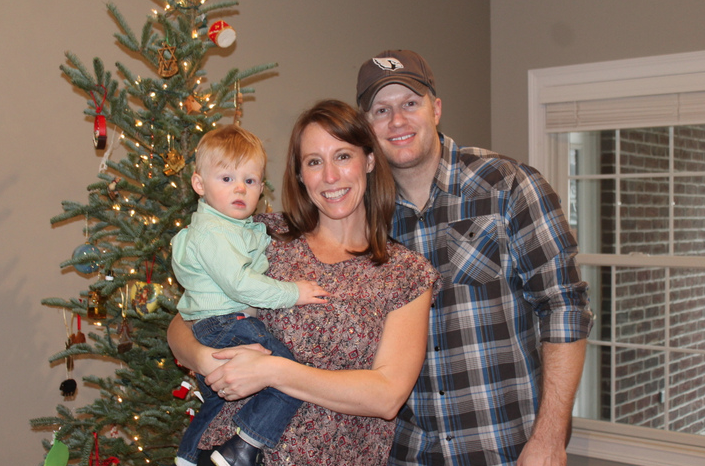 We had a Christmas Eve brunch at our house with Rick’s sister and family, including three of Jacob’s cousins on that side of the family, which was awesome. I made french toast casserole, egg casserole, bacon, fruit salad and…I think that’s it. All fairly easy, but man that french toast casserole was so full of butter and sugar and I couldn’t stop eating it!

After I saw what Rick was wearing, I found an almost-matching shirt to put on Jacob, which I thought was adorable. They are basically twins with blonde hair and blue eyes! Everyone always talks about how much he looks like Rick and it’s so true. I guess you just never know! I don’t mind at all but it would be interesting to see what a child that looked like me would look like! 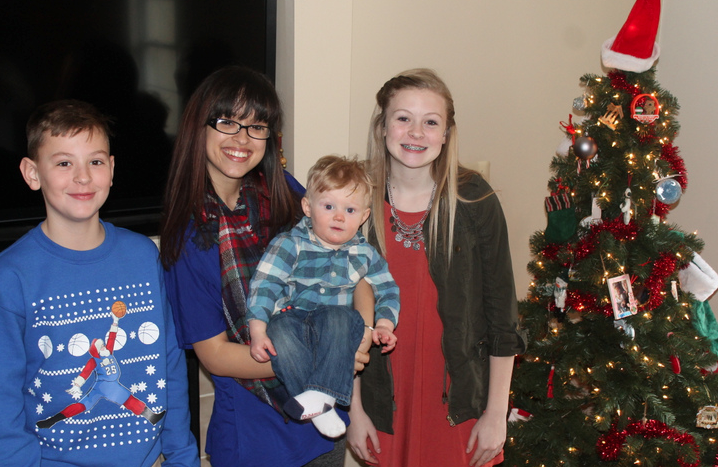 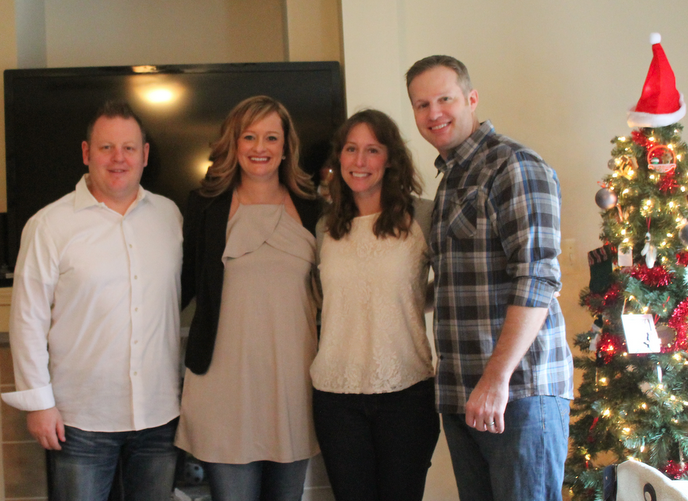 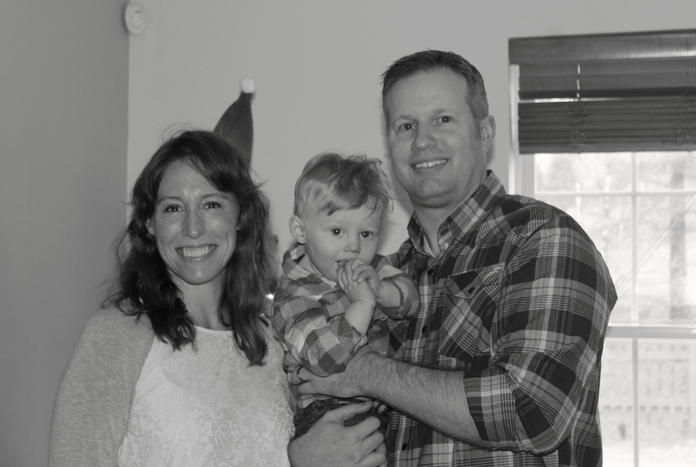 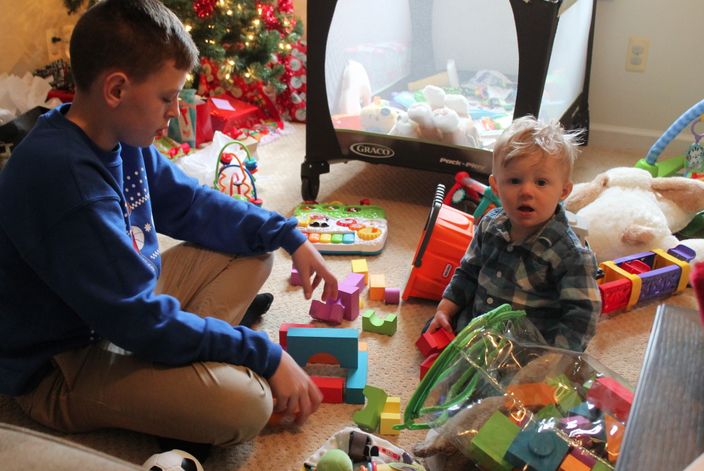 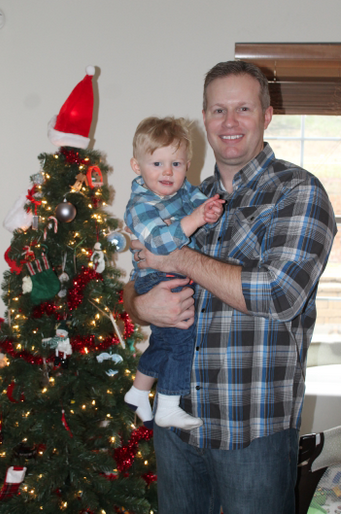 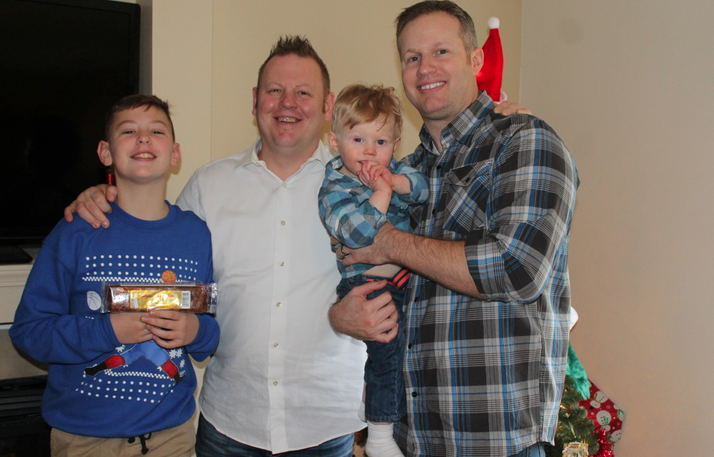 Christmas Eve we went to a service at Grace Church at 3pm, which was really beautiful. Our church, iTown was full, we so we just found another one, ha. It had been years since I’ve been to a Christmas Eve service and it was so nice to sing the traditional songs, get a little dressed up and just FEEL Christmas.

That night we watched some silly Christmas movie with Seth Rogan. I couldn’t even tell you that name of it but it was entertaining if nothing else. I was asleep by 9:30 but had trouble sleeping and woke up Christmas morning at like 5am!

Oddly, Jacob and Rick both did not get up until 8:30. Spooky! I didn’t mind, as I got a few things done and started making mac n’ cheese, which is what I was bringing to my family’s Christmas down in Bloomington. 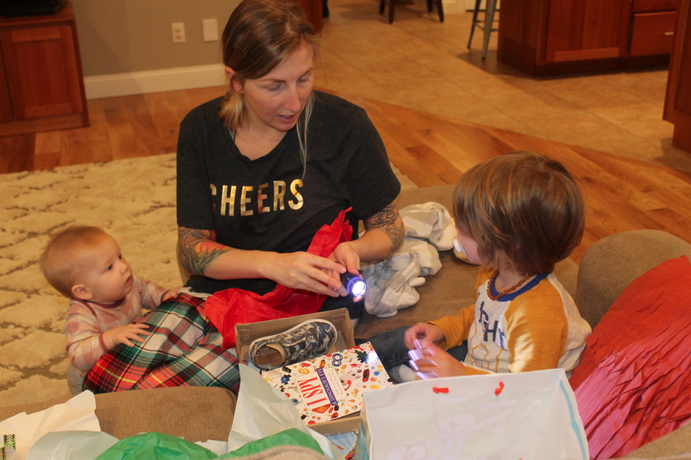 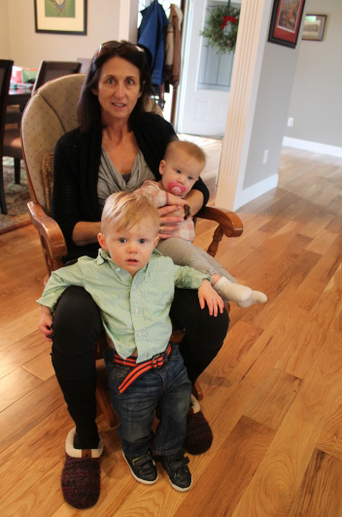 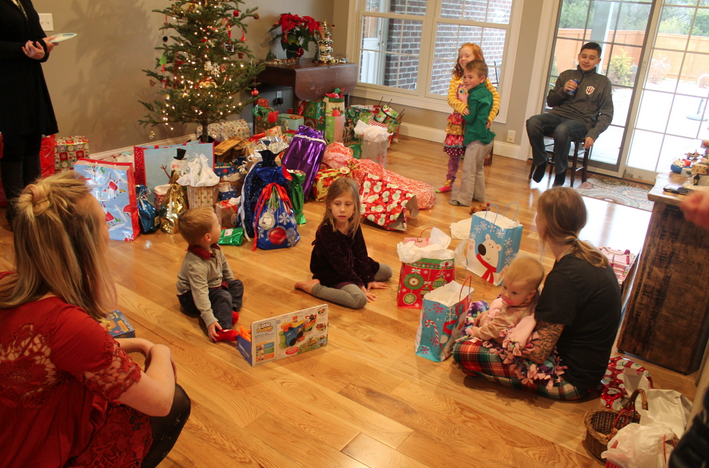 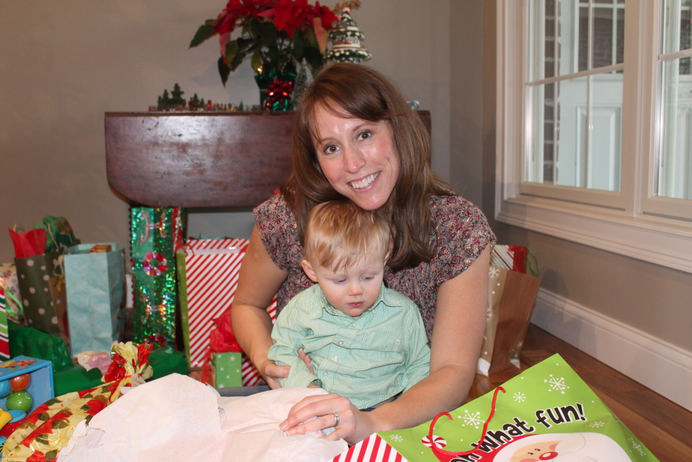 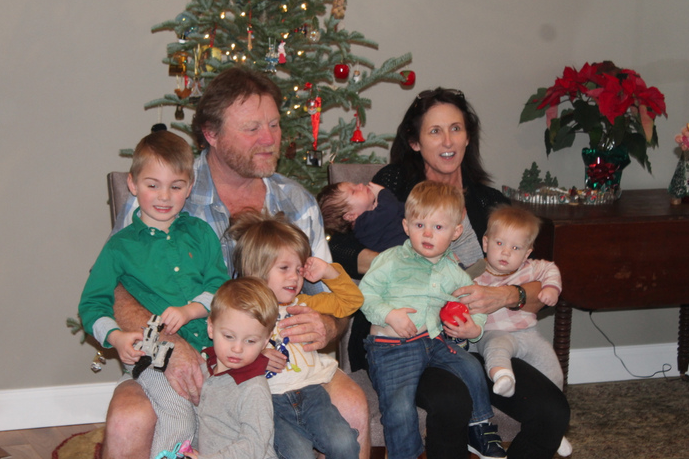 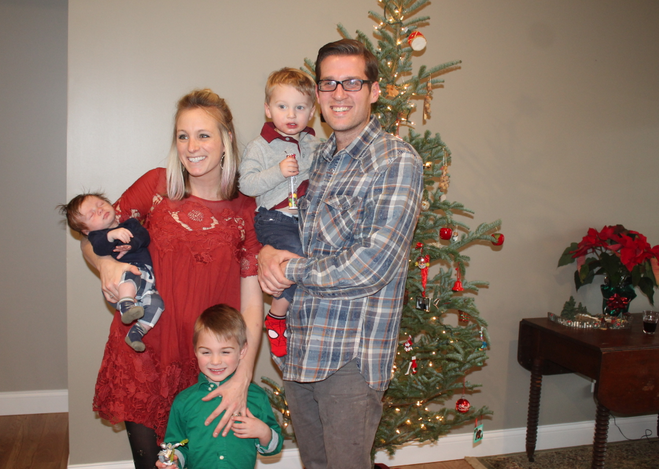 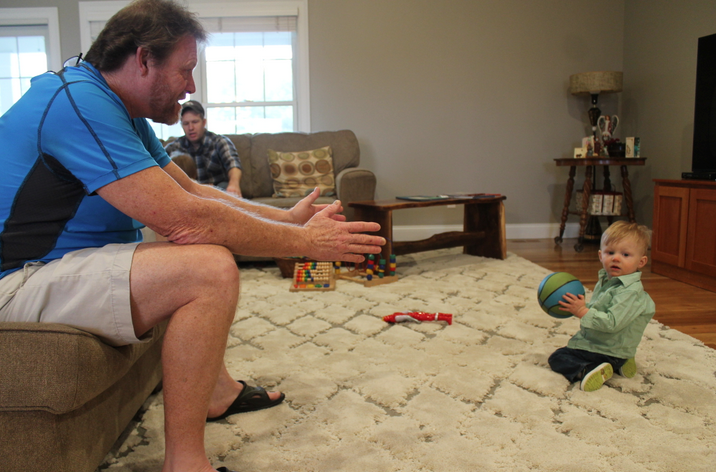 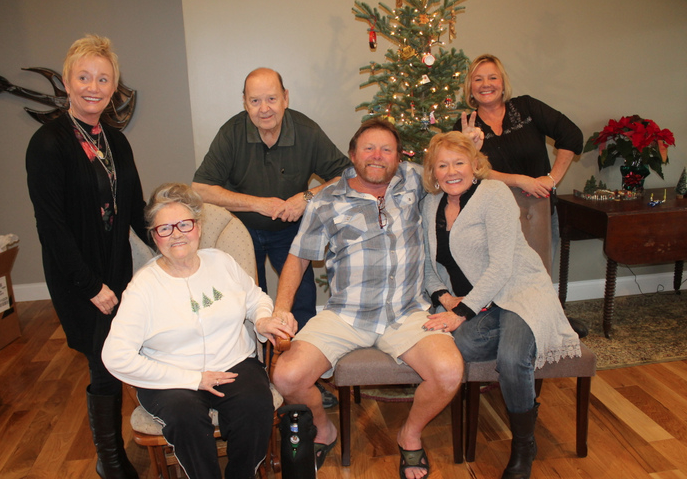 We had plenty of food and craziness with 8 little kids running around screaming! Let me tell you, opening gifts in that chaos is not exactly relaxing. Of course Jacob had no idea what he was getting and I spent literally the entire day following him around the house trying to make sure he didn’t kill himself! He was cute and charming as ever, of course, and I loved that contagious smile and laughter 🙂

I was rather exhausted after 6 hours though, ha ha. Rick was there but he was playing “Uncle Rick” with all the other kids who adore him so much! Jacob is at just that age that everything is dangerous and I think he fell down about 25 times. He definitely got a small bloody nose and a thump on the head from my camera that I smacked into him! He’s a tough guy though and kept rollin’!

He got all kinds of wonderful gifts and I’m so thankful to our family for being so thoughtful. We came home with so many new things to play with. I spent the day with a bit of a stomach ache and headache so it was kind of long but we made it home by 7:30pm and it never felt nicer to just CHILL on the couch!

As everyone says, Christmas will get really fun in the next few years with Jacob starts to understand it more and can get into the magic of Santa Clause! So looking forward to that!

I hope everyone had a great holiday and is getting some good sales! We are off to Hobby Lobby now, where I heard all Christmas items are 66% off! I have a house to fill now so I’m on it 🙂