The Car is a Death Trap & Other Terrifying Newborn Thoughts 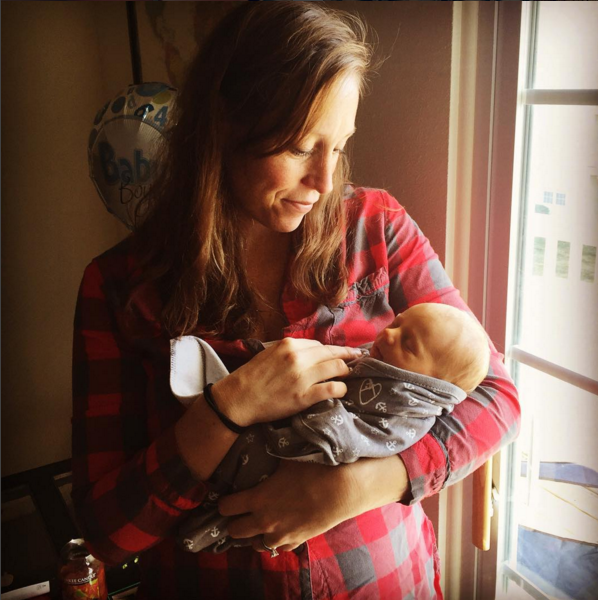 I’ve never fancied myself an “overprotective” person. I don’t have OCD in any way — and I’m not paranoid about getting sick, hurt or over-worrying about life-threatening circumstances.

I didn’t realize how much that would change when I had an actual, live human being to sustain that I (and God +fertility doctor+Rick) created in my own body. Erase everything I’ve ever felt, learned and thought — I’m not the same person I was 11 days ago.

I was warned about the overactive hormones, the possible daily crying, the hardship of having a newborn. So I was ready for it. But everything was different than I expected. The “hardship” isn’t physically hard — it’s emotionally and mentally hard. The anxiety isn’t about getting enough sleep — it’s about making sure he’s getting enough food, not being exposed to germs and staying 100% healthy in these early days.

Also, did you know that every car on the road is out to get us? Death traps! At least that’s what it feels like. I always said I would never have a “Baby on Board” sticker. Guess who just bought one? Seriously…

I was reminded of an all too appropriate quote from “Sex and the City,” when Miranda goes to leave Brady with Steve for a weekend and he freaks out, saying he’s afraid he might “kill him or something.”

And that’s a little bit how it feels everyday right now. Overdramatic? Probably. But it’s real — and more terrifying than I ever knew. Suddenly, every tragic Internet story I’ve ever read comes flooding back to life. When I read those in the past — or if they were just about an adult — it was like oh okay, that’s scary but whatever, move on. Now, it’s like – OMG if something every happens to this precious life in my hands I will not be able to go on. He is my heart and soul — and I’m sadly, struggling with trusting God with his care.

And it sounds silly to bring a politician into this week but it was actually Marco Rubio who said something reassuring…a video I happened to catch on Facebook while breastfeeding at 2am a few days ago. The relevant line:

“You doubt your faith when you are confronted with a challenge and you start to have deep anxiety about it. We are biblically ordered not to be afraid…because God is telling us that no matter what happens, I will give you the strength to endure. So every time we fear, every time we’re anxious about something, what we are basically saying is that ‘I know that God is very powerful but this problem is so big that not even God can solve it, it’s gonna have to be up to me to solve it.’ We start thinking, how am I going to solve this? This is too big for God.”

Marco talks about his FaithThis is powerful. Watch Marco Rubio share from the heart about how his faith guides him in times of hardship.

Posted by Team Marco on Monday, November 23, 2015
*Can’t tell if this video is showing up…

I have been trying a little too hard to “make” things work out on my own trying. The truth is, I don’t have control here. I thought babies cried when they wanted to eat — and that they wanted to eat all the time. It turns out our baby hardly ever cries and doesn’t want to eat often enough — or enough in substance. We often have to force him to eat and many feedings are a battle of wills. Every end of feeding is an accomplishment and the impending doom of doing it again in 2-3 hours looms heavy in my mind. I don’t mind it but I’m so worried he’s not getting what he needs.

We ended up skipping Thanksgiving with the family because the doctor warned us to keep kids away from him for now (“germ factories.”) We have already had plenty of kids around but all of the sudden, we got scared. I know we’re not even two weeks in — and much of this will subside. But for now, it’s a world I’ve never lived in. I’m enjoying so much of this guy but fear and frustration is sucking a little of that away. Thankfully, Rick has been so wonderful with his support and reassurance. I’ve never been more thankful for his wisdom and the spirit that God is giving him to say what I need to hear right now. He is perfect in this time.

This morning we head to the doctor for a weight check — and I’ve got a list of questions for them to put my mind at ease. I wasn’t sure if I should blog about all this but as so many of you know, the blogosphere has provided comfort and encouragement when people are honest. I know I will find people who relate and it’s also therapeutic. So, to all who read, thanks 🙂 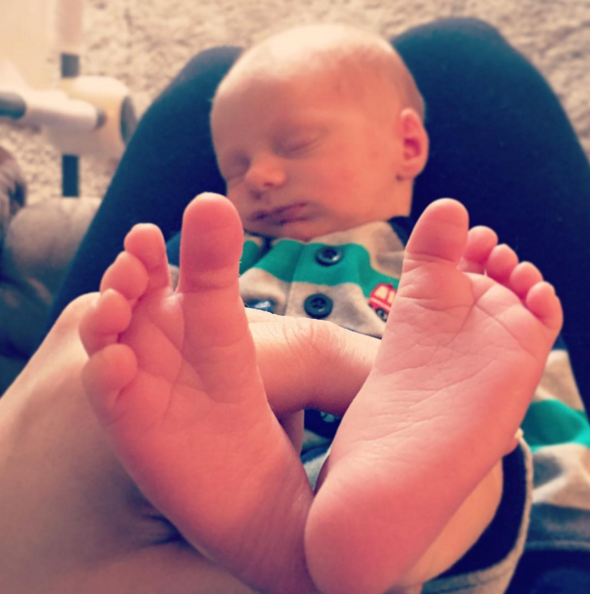