This is the Story of a Friendship 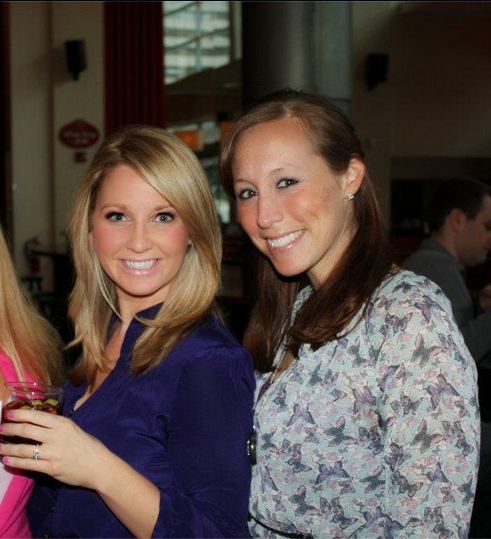 There are so many things I’m sad to say goodbye to as I leave DC. But people are the most important thing — and today I want to talk about the person I am most sad to leave — Michelle! Anyone who reads this blog has seen her and knows she is my best friend, and has become like family to me.

You never know who will become “your person” in life, but when I walked into my first day at an internship program in Washington, DC — nervous and excited — I remember seeing her sitting across the room.

She looked more put together than me, the perfect “poof” in her hair ( I could never master that!) I always laugh when I recall the first thing I remember Michelle saying. When she introduced herself to our class of interns (we all had to say something interesting about ourselves), she noted that she really liked condiments. As in ketchup and mustard, you know? Well, right off the bat, I knew we could be friends. I just didn’t know how true that statement would be.

Within weeks, we had made friends with a few other interns and bonded over our “elderly” intern age — we were both almost 24 (though I claim 6 months older!) while everyone else was 22 or younger. Oh such OLD interns we 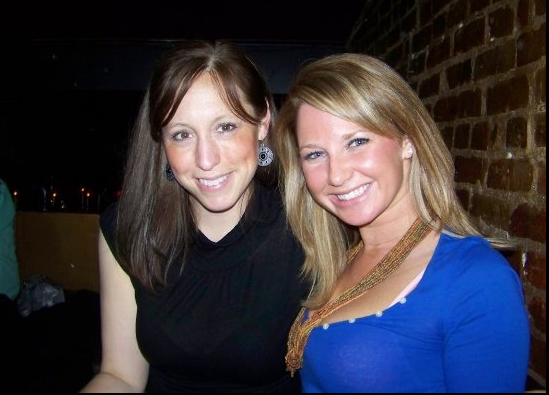 As we got started into the exciting world of political journalism — I at the Washington Examiner, her working for the famous Bob Novak — we had no idea that DC would soon become our home, and the place we would have so many adventures and meet the loves of our lives.

Neither of us had planned to stay in DC after the internship but during a telling phone call over Thanksgiving break, I said to her, “Do not let me move back to Indiana!” She felt the same way — and our fate was sealed!

Within months, we had secured an apartment with our friend Kristyn in Bethesda, Maryland. I had no job lined up yet but was confident I would get one — and in the meantime, I started waitressing at TGIFridays. Michelle was able to stay at her job with Novak, which was (as you politicos can imagine) an amazing and priceless experience.

Months down the road, we were both hired at the same political publication and so we were both roommates and co-workers. That is a LOT of time to spend together! We had very little friction, believe it or not, and it seemed our friendship just worked well that way. 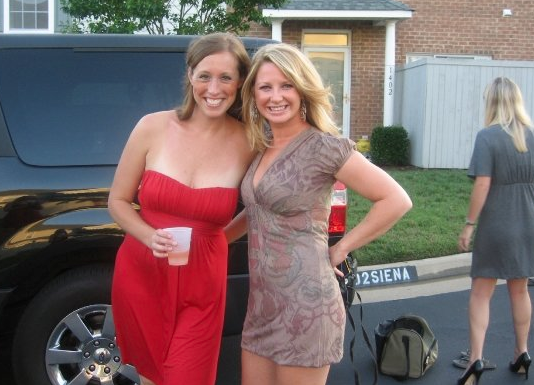 Of course we talked about EVERYTHING and knew every, minute detail about one another’s lives. We did the mid-twenties DC thing, going out to Dupont Circle (Lucky Bar and I were besties) and Georgetown all the time, going out on a million dates with the wrong people from Match.com, dissecting every punctuation mark in every text message from some of those stupid boys. There were Halloween parties and Monday nights watching the Bachelor, junk food on the couch and hours of wine and conversation with Kristyn, Heather and Amanda (subsequent roomies, all whom are dear friends whom I love!!)

I specifically remember sitting on our couch one night, with said ladies, and thinking — I am relishing this moment. Because one day I won’t have awesome girlfriends to come home to at night and watch trash tv with, to rehash my days with and not feel about doing dumb stuff as I figure life out. You only get to be on your 20s for a short period of time — and I have to say, it was filled with all the right people for me. 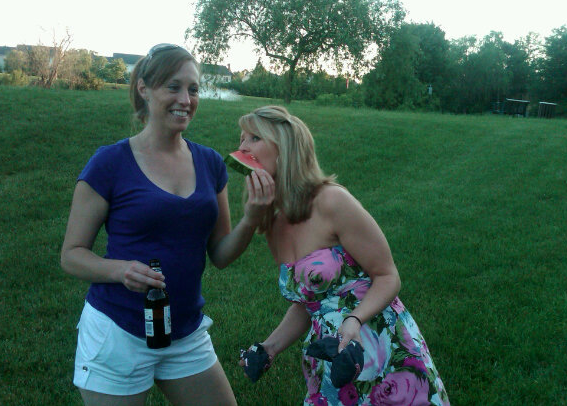 Of course we had our moments — there were a couple of tension-filled days, where I know I said some things I regretted. Of course, we did things that go on each other’s nerves, or sometimes said something mean or hurtful (Ericka raises her hand!) But what is a friendship if you haven’t had that at all? We overcame and our friendship was strengthened.

There are too many stories to even recall — and many (as the old quote says, “nights you’ll never remember with people you’ll never forget”) of them run together in a stream of laughter, shots, tears and a massive piece of Jumbo Slice. My Timehop app frequently reminds me of some of our most fun times, as I took way too many photos back in the day and blasted them out on social media constantly.

Of course, those “party days” only lasted so long and we became real grown ups somewhere in the middle of it all. We made new groups of friends, got better jobs and raises, had less time to spend together. It’s funny because the same people seemed to come in and out of our lives but it was only the two of us who stuck together in the end. 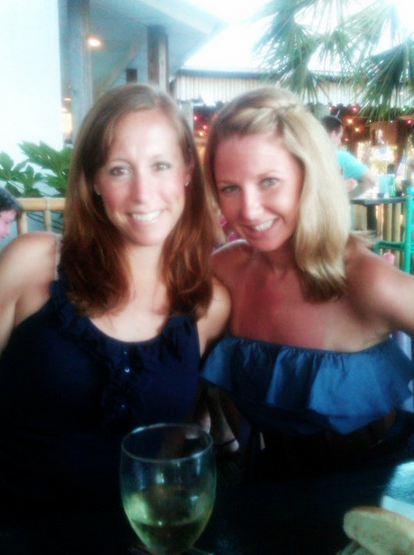 It got easier to stay in touch a lot when, for the second time in our careers, we ended up getting a job at the same place. By this time, we were both seriously dating our husbands-to-be and conversations centered more around marriage, future kids, houses and what was to come. At one point I remember sitting there having dinner with Michelle saying, “Can you believe we both actually met the RIGHT person?”

After years of disastrous attempts at dating and relationships (I’ll claim that for myself at least!), it was something I thought might never happen for me. The one person that could truly understand that, having been through most of it with me, was Michelle.

We’re the type of friends that say okay, your turn to rant, go! I can talk on and on about whatever happens to be bothering me and she will listen and offer her advice. Then, we can say — okay, your turn to go. It’s the essential “get it off your chest” and know the other person won’t be annoyed or sick of hearing about something. I have complained to her about the same things in my life a million times over and she never tells me she’s sick of hearing about it.

I don’t know how many people have someone like that in their life. I know I could call Michelle in the middle of the night, from prison, from the hospital, from halfway around the world. She would be there for me…and she has been there for me through everything. Tears and heartbreak and fears and anxieties and disappointments. 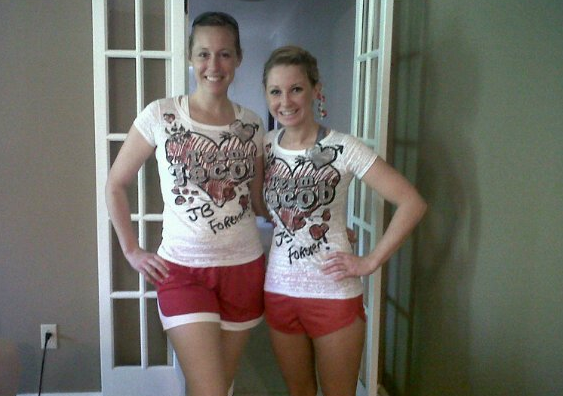 I know life is changing — and it must. I’m starting a family, I’m moving away, I’m already missing what isn’t yet gone. I know you can’t hold onto memories and keep them current. Of course we will be friends for the rest of our lives — and I fully anticipate lots of phone calls, visits and social media/blog stalking on a daily basis. However, I am sad to be leaving this friend who I met one day in 2006 without knowing how special she would become.

But, through jobs and husbands, babies and years, this is one thing I prayed for when I asked God to bring me friendship in my “new home” of Washington, DC 9 years ago. So I guess, 9 years later, I’m saying, thank you Lord for such an answered prayer — and such a wonderful, blessed friend.

The best one? Ha ha: 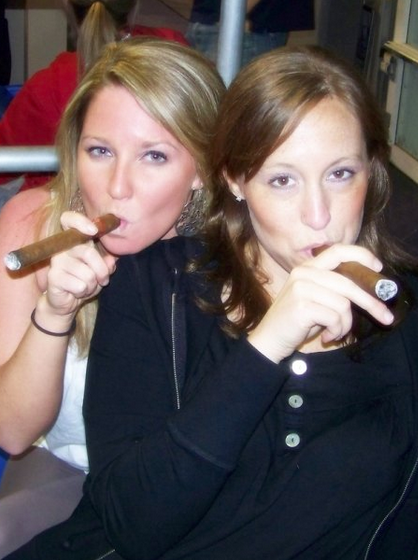