The Big Reveal: Our Son Has a Name 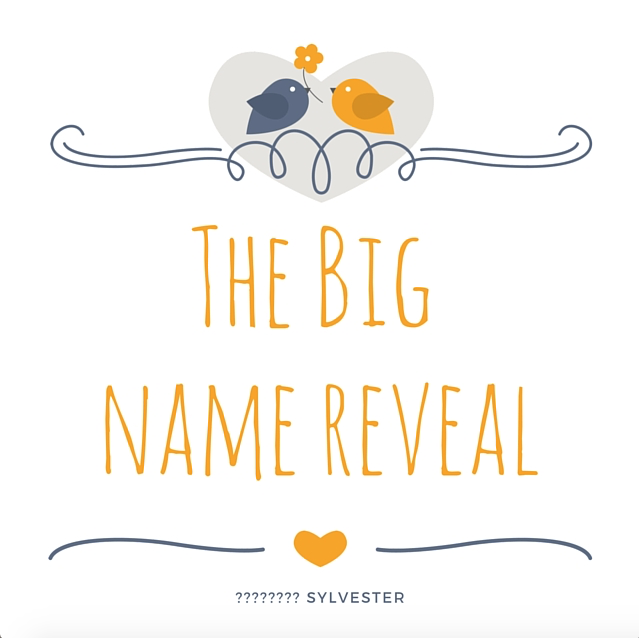 Previous post: Seeking advice on all things breastfeeding! (So far, haven’t gotten much!)

So I went in for our 3D ultrasound this week but baby wasn’t being very cooperative. We couldn’t get a good view so they asked me to come back in another day. We tried again on Sunday but after 20 minutes of poking, prodding, breathing and jumping — baby boy would STILL not move his hands or feet out of they way of his face. The VERY best we could do was the photo below: 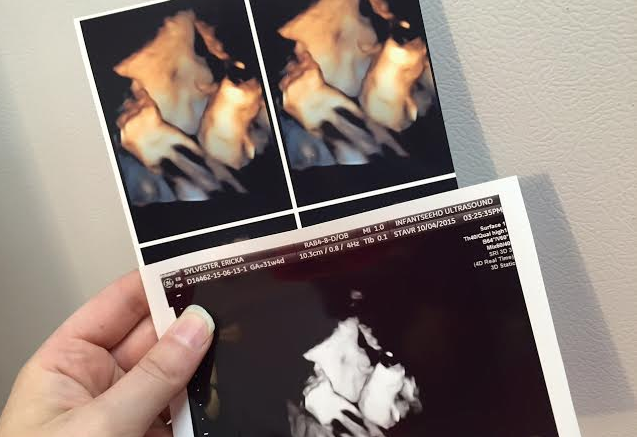 So you can see most of his nose and a little of the eyes but not exactly the crystal clear image we were hoping for (and that you most imagine with these 3D’s). However, we are just happy that he is happy and healthy! The tech said he is just a very relaxed baby and the reason he doesn’t move much for the photo is likely because he’s so used to me moving and exercising on a regular basis.

Getting to the Name

What’s in a name? Well, I’ll tell you — it’s hard to pick one! I remember way back in high school thinking about what I would one day want to name my child. I literally made lists of my favorite boys and girls names in class. Of course, I don’t remember what any of those are now (though it would be fun to find one!)

When we went about the name search, I thought it would be fun. Can’t say it was a blast, as we poured through two books of names — A-Z. We had trouble agreeing on them, Rick preferring more traditional to my more creative choices. A couple considerations on my end that got the boot:

We spent hours literally reading through every name in the book, just in case we missed “the one.” So there we went sounding it out: Jamarcus, Matoskah, Olegario, Greely, Remus, Virgil, Zhang. Nope, those weren’t it!

Sometimes you read those name books and think — God help the child whose parents name him that! (not in reference to those listed above, btw.) Let’s put it this way — I’ve had a lot of fun reading through STFU Parents “Yoonique Baby Names” list…and I have no intention of being on it!

I’ve had so many I liked, I can’t even remember but we only wrote down those we both liked, which ended up being a list of abut 5 names, which included:

I’ve always said we couldn’t go too trendy. I’ve seen so many *certain names in the past couple of years that I knew which ones I wanted to steer clear of. However, classic names also tend to be on the Top 10. I don’t consider those trendy though — they are just timeless.

Initially, I was against any name in the top 10 or so — but, when you find a name that seems like “the one,” it’s hard to veer. There were two names that really stuck with both Rick and I — so we sat with them for weeks. Which do you like better? Maybe we should go through the book again? What’s the answer to this huge, massive question?!

In the end, his name will just be his name and we’ll barely remember the dilemma. But I finally feel confident in our choice — and we’ve been calling him by name for a couple of weeks now. It feels good to use his name, as he is already our baby as valuable and special as he will be in December and beyond. So, without further ado:

We are so excited to meet this little guy. As I write I feel his little legs kicking around and I wonder, what are you thinking right now? He can hear our voices and I hope they will calm him down when he enters that big, scary, cold world outside the womb!

The husband of a friend tragically passed away two weeks ago. His name, coincidentally, was Jacob or “Jake” — a nickname we will also use. I didn’t know Jake personally but I attended his memorial service to support my friend and have read and heard so many amazing things about her husband in the past two weeks. As one Jake leaves this world and another enters, I can say I hope our Jake embodies some of the wonderful qualities of hers — kind, smart, optimistic, creative, fun loving, ambitious, good-hearted, thoughtful. It’s clear to me he was the kind of person I’d want my son to be.

We have so many hopes and dreams for our Jacob — thank you for celebrating his name with us today!