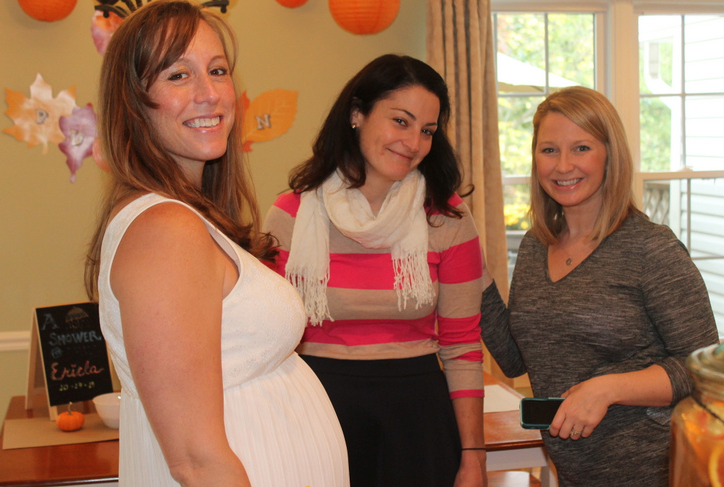 So…did you anyone notice the blog was down all week? Boy, has that been a process. It’s ongoing, really, as I need to find a new host and figure out how not to freak this thing out with too much “stuff.” I so wish I was more of a techy person…

Anyway, I was lucky that Michelle was sweet enough to host my second baby shower (here’s the first if interested!) of the year at her home for my DC-area friends last weekend. She did it up SO right — with everything themed around fall and our coming “lil pumpkin.”

SIDE NOTE: Michelle just came out with an amazing book that has all kinds of adorable party recipes in it and you should snatch up a bunch of copies for Christmas gifts! 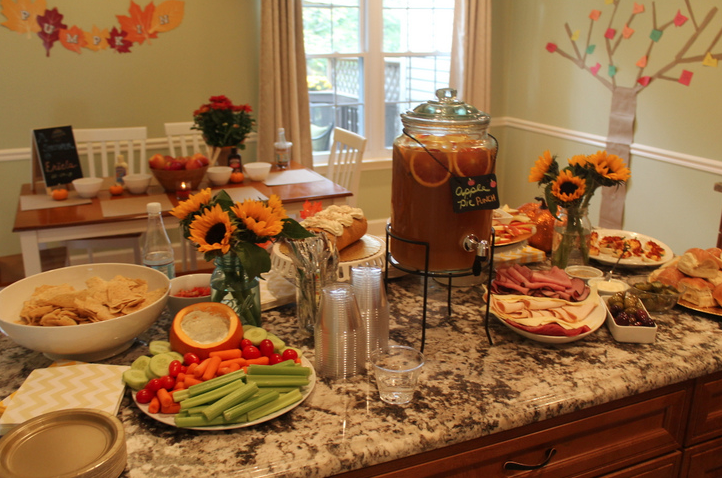 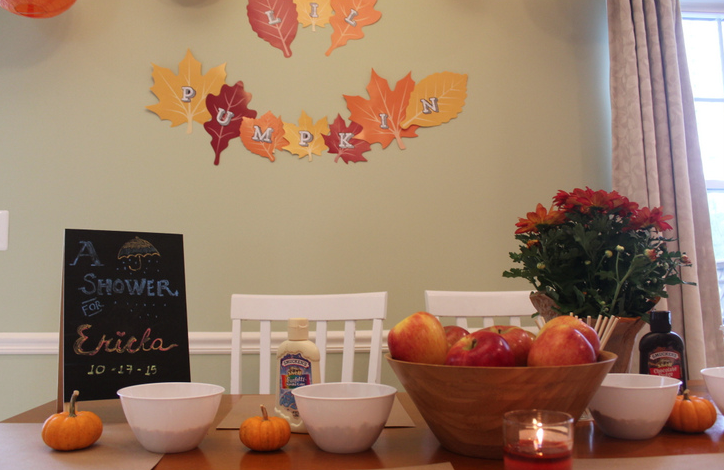 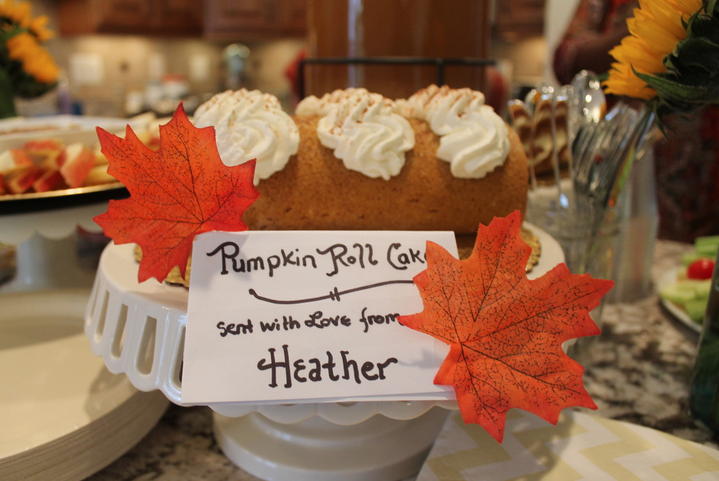 As you can see, my dear friend Heather couldn’t make it from New York City, so she sent this awesome pumpkin roll (so good!) plus I saw her a few weeks and she gave me the most adorable little outfit and teddy bear for Jacob. She was still extremely missed though!

It was a great day for the shower, Saturday afternoon and did you see all those delicious snacks? Apple pie punch, caramel dip and this amazing brie cheese thing that I can barely describe. I had only a little since us preggos aren’t really supposed to eat brie. Can’t wait to pig out on some wine and cheese in the spring 🙂 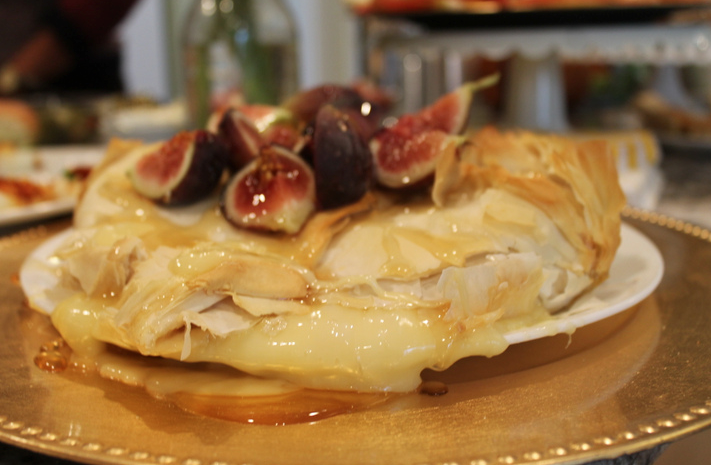 Of course, more important than the food was the people! And it was especially bittersweet since I’m moving away in just one week. I hate saying goodbye…I’m one of those people that ghosts out of a party. I kind of want to just ghost out of DC too but that wouldn’t be cool 🙂

Thanks to my friends who were able to make it out to Michelle’s for the shower, it really meant a lot! 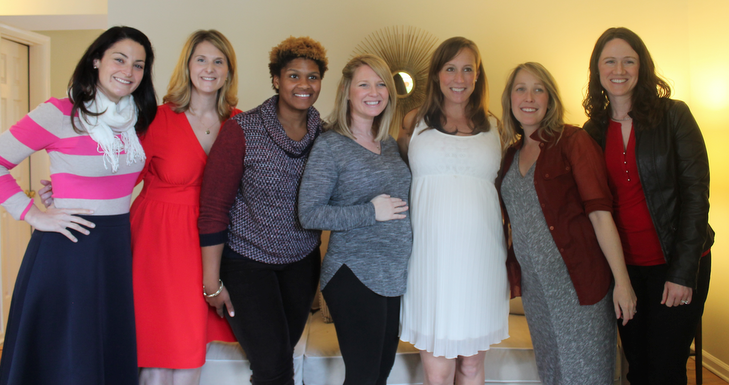 Fun fact: There were actually three of us pregnant at the shower — me, Michelle and Laicie (you must check out her awesome blog!). So, obviously we had to do a preggo pic: 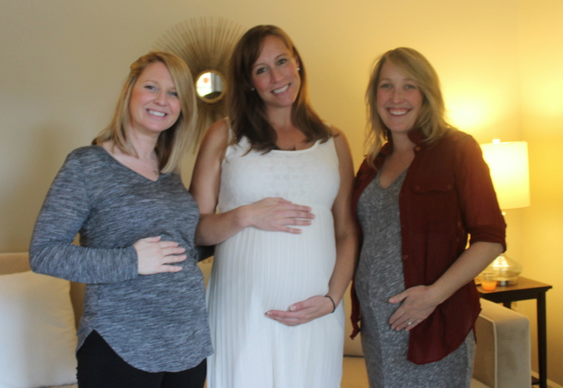 So I have to say my favorite present of all was….the BOB running stroller! I’ve always heard it’s the best on the market. I put it on my registry kind of hoping my Mom might get it for me (though she promptly told me that wasn’t going to happen!) because it’s really expensive.

However, those smart friends I have knew how much it would meant to me so a bunch of the girls came together to get me one big present — which was just fine by me! 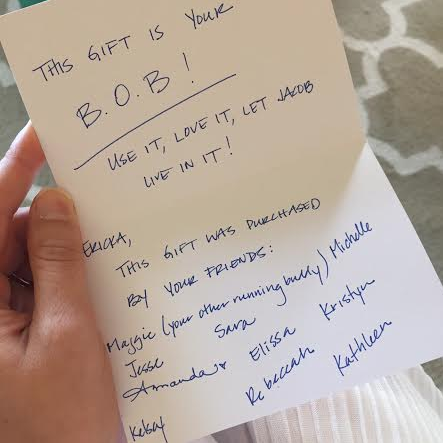 Thanks ladies! I’m sad I missed so many of your faces and I will so miss you ALL when I leave for Indiana.

We have received SO MANY amazing items for Jacob in the past few months: Clothes, bottles, pack n’ play, diapers, play mats, BOOKS, toys, rock n’ play and all kinds baby contraptions you never knew you needed until you made a baby registry. 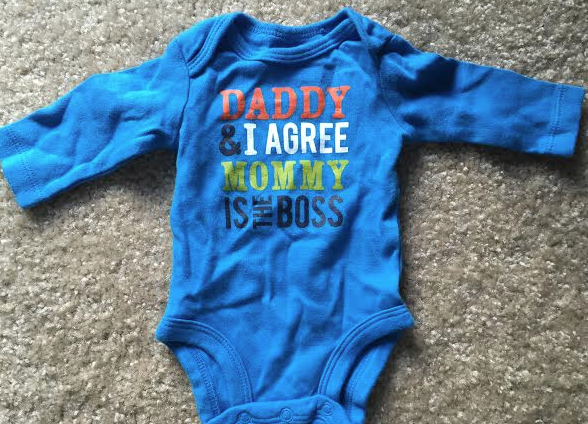 THANK YOU to everyone who has been so amazing, kind and generous. I don’t know what we would do without such awesome friends & family members!

In addition to all the normal, fun baby shower stuff, Michelle had a very fall activity planned: caramel apple making. I have actually never done this but it was so great…she had the caramel all ready to go and a bunch of different toppings to put on them: 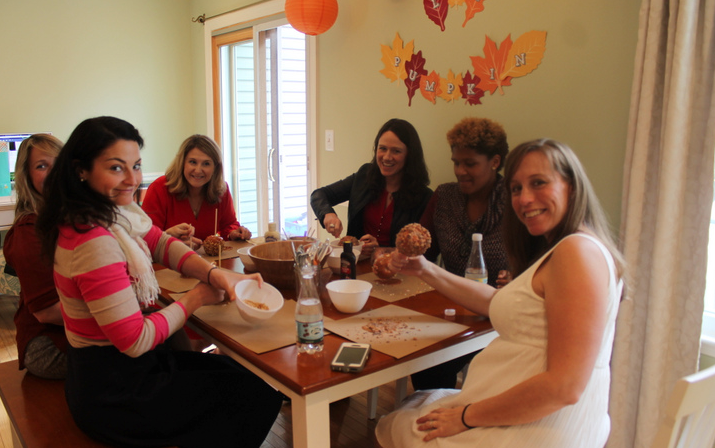 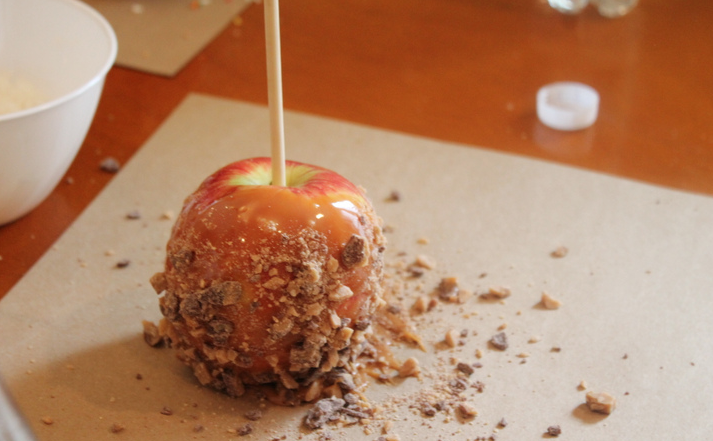 That one was mine — I’m not very good at this stuff! I did eat it later and it was AMAZING. So we played some games and did presents of course. 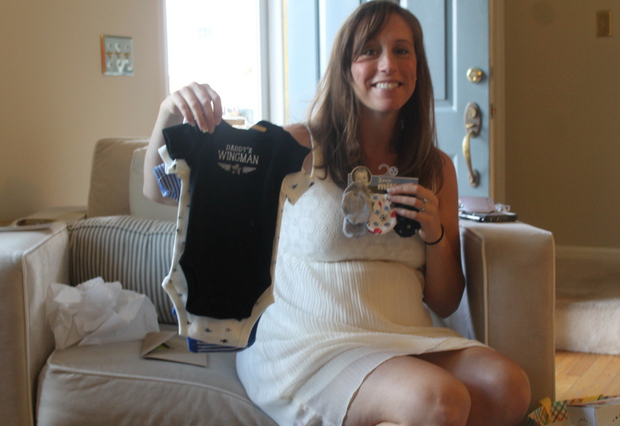 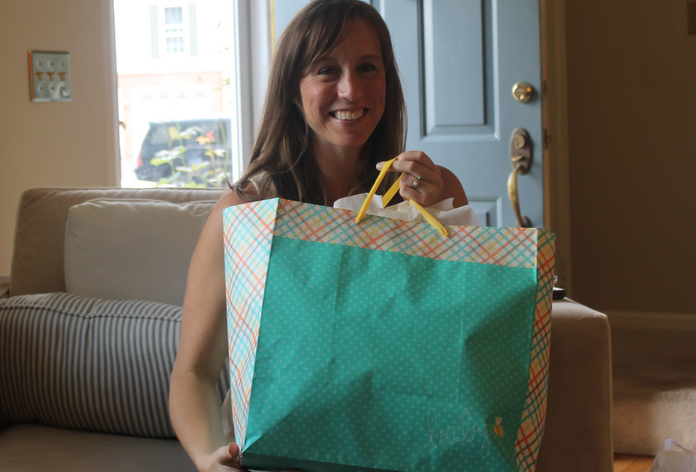 Thanks to Michelle and Tiffany for putting on a great baby shower for me — it’s amazing to have such great friends. I feel very loved and special 🙂 Special thanks to Tiffany and Michelle’s moms for coming out to help as well!