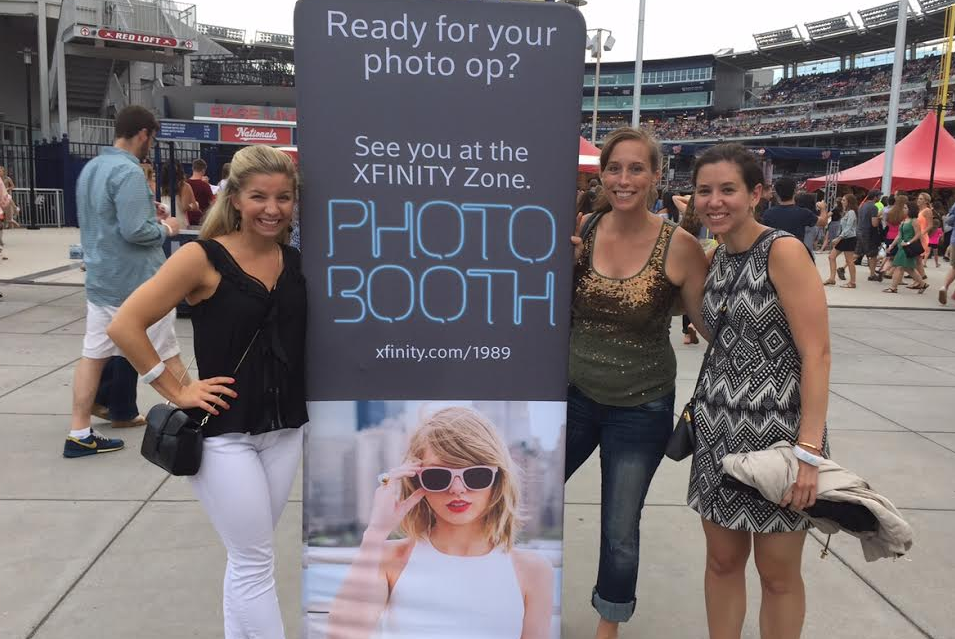 It’s funny the things you say after a Taylor Swift concert.

I wonder what she’s doing right now? What do you think she’ll eat for dinner? Do you think she goes out with her people after the show? When does she go to bed? Does she sleep all day the next day? That’s what my friends and I were saying at least. Yeah, I know how old I am. So silly!

Like you’d never think Taylor Swift was just a girl. She’s just a famous girl, I guess, and I’m almost irritated at myself for having goddess-ed her in my brain. I do wonder what it would be like to know a really super famous person — or to be one I guess. But enough deep thoughts about T-Swift — let’s talk about that concert. 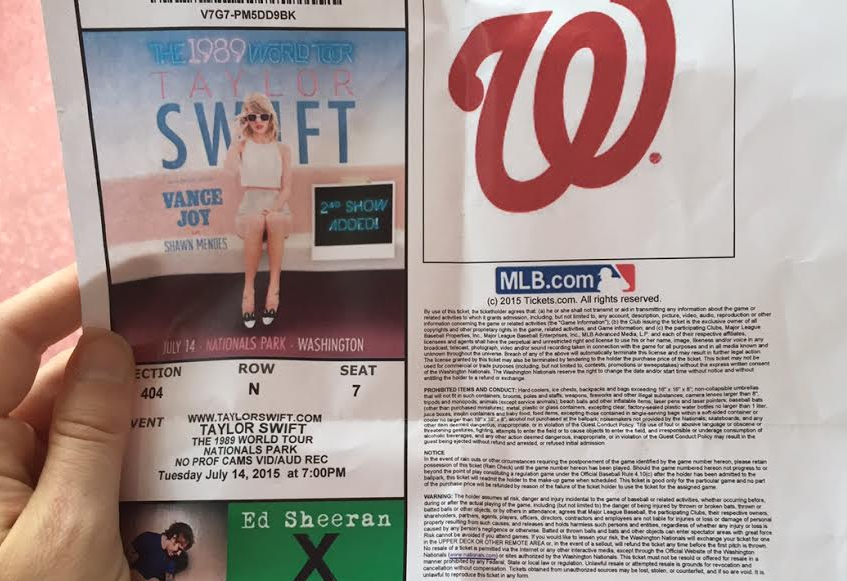 I got a nagging desire to go last week when they wouldn’t stop talking about the SOLD OUT show on 99.5. They were doing give aways everyday, all day. I even called into one radio station 15x in a row trying to win. No dice. What compelled me NOW to go see Taylor? I’ve always liked her and I hardly ever go to concerts. Something about the summer air, I suppose. Perhaps my thoughts of carefree random nights to do as I wish whittling away in my brain?

Whatever it is, Kelsey and Lara had an extra ticket — SOLD! As it happens, we were literally in the tippy top row at Nats Stadium. No matter, the show was still amazing! I knew almost every song she sang, which is always the best. 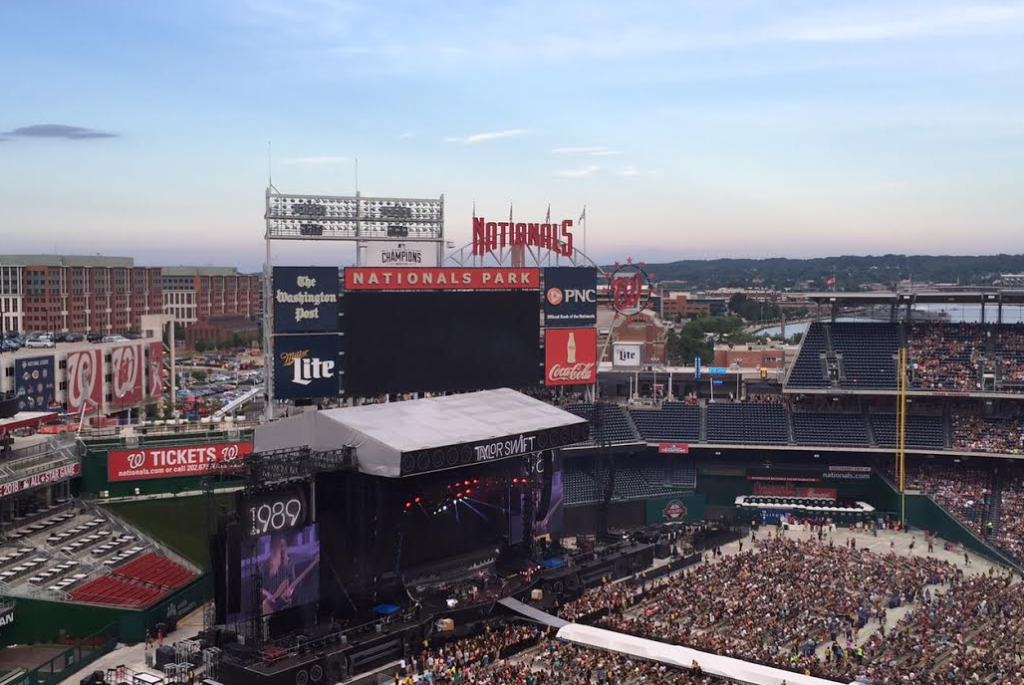 Oh but first…I got there early and saw the 99.5 booth set up and Kane and Intern John were taking photos with people. Well, I’ve been listening to the Kane Show for like 8 years….feel like I know the guy! I had to get in line for a photo — and I did 🙂 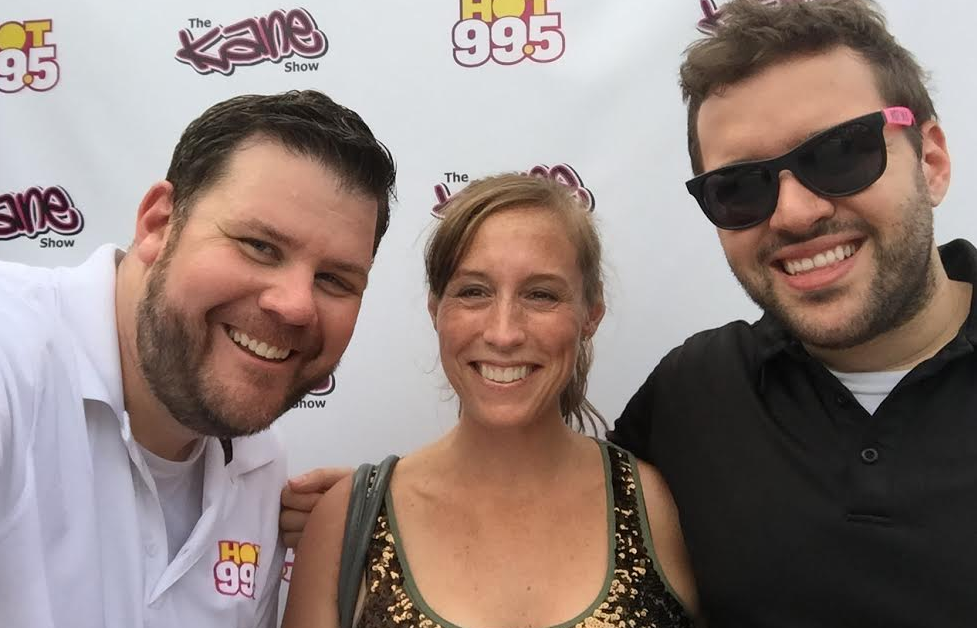 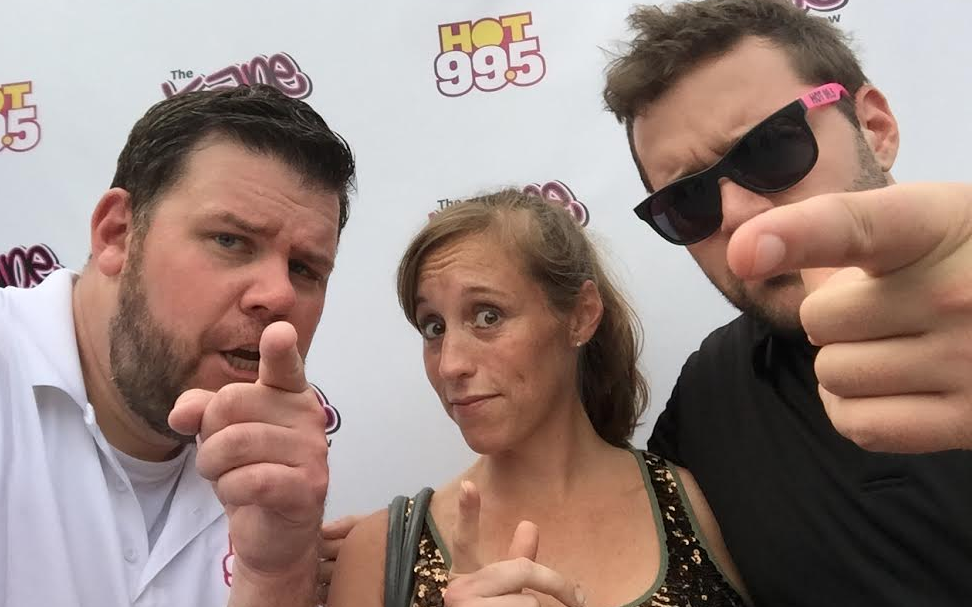 Back to Taylor. She has this charming smile and way of speaking that makes you really feel like she is talking to you, like she really does actually you know it’s you up there in row M. The girl truly is a talent — from singing to playing guitar and piano to knowing how to play to the crowd.

We also wondered — is she really as nice as she seems? Her life seems chalk full of tons of girlfriends and loads of fun. In fact, she had intermittent video interviews with some of her best friends during the show. But I said…bitchiness rumors usually travel so she probably is that nice. Ariana Grande, we noted, is known for being not so nice for a reason.

Oh so her special guest of the night — apparently, this is something she always does — was Jason Derulo singing his “Want You to Want Me” song that I’m currently obsessed with. So much fun!

I also loved seeing all the cute little girls at the concert with their 1989 t-shirts and matching outfits. It was an all ages event really, though yes, I was definitely the older demographic. Made me want a daughter to take to a T-Swift concert some day. Perhaps she she does a reunion tour in 15 years? We’ll see. 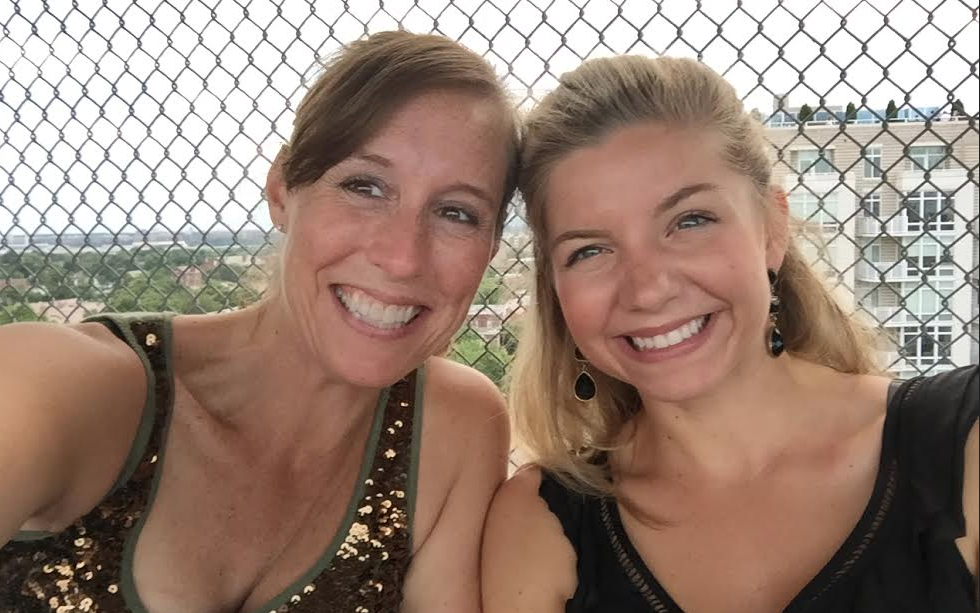 The weather held out and the show was awesome. I’m super glad I decided to find tickets at the last minute. Doing things out of my usual routine in the past few weeks has really pulled me out of a rut. And Taylor’s positive, sweet attitude even cheered me up a bit. It doesn’t take much, apparently — which is good 🙂

Song I wish she would have sang: Mean & Tim McGraw

Best Moment: Fireworks going off during Shake It Off

Have you ever seen Taylor Swift in concert? Are you a fan?!