The Best Thing Ever 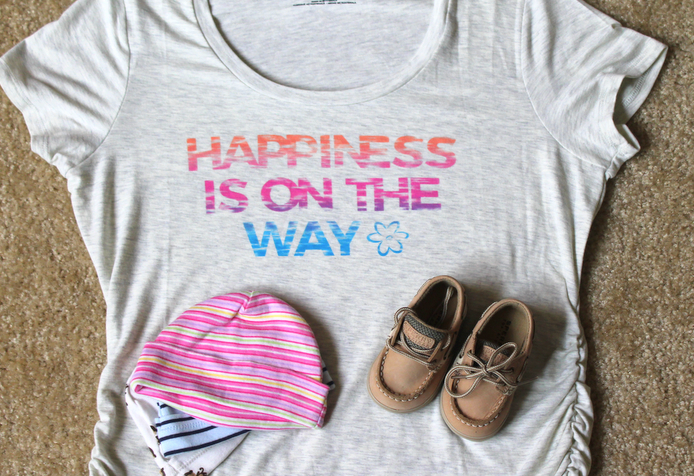 You may have already seen it on social media — yes, it’s true! I’m pregnant! For those that have read about my struggle, you’ll understand why this is extra exciting for Rick and I.

We’ve been keeping close friends and family in the loop from day one, which was the day we finally underwent IVF.

After doing one round of IVF (which including taking hormones and drugs, producing eggs and then inseminating them in a lab) and going through the procedure, we found out we were pregnant the first time.  (I will do a separate post on IVF as a whole), I feel incredibly blessed by this — as going through it once showed me how emotionally and physically exhausting it would be to repeat the process hanging on to hope.

We were shown a photo of the blastocyst before they did the procedure — that little blob on the screen was our baby! Rick was right there in the room with me when they did it and it took only a few minutes.

Then, the two-week waiting period began. Was it working? There was no way to know.

At the two-week mark, I went back to the doctor expecting they would be able to tell me right away so I was incredibly nervous! Then, they said — oh no, we just draw your blood and call you around noon.

Bummer! So, I went home and went about life as usual anxiously awaiting the phone call that could change my life. Noon came and went and still, no call. I had a business call at 1:30 and I didn’t want them to call during the business call! Thankfully, around 1:15pm, the call came in.

From the tone her voice, I thought the nurse was going to tell me the test was negative. Instead, she said, “Your pregnancy test was actually positive.” I was floored — really?! Rick was standing next to me and I could barely look at him because I knew I would cry — but needed to hear what else the nurse was telling me

Finally I hung up and Rick and I hugged and teared up! It was surreal! Of course two minutes later I had to hop on my work call. As soon as that was over, though, I started calling and texting people.

Here we are the day we found out: 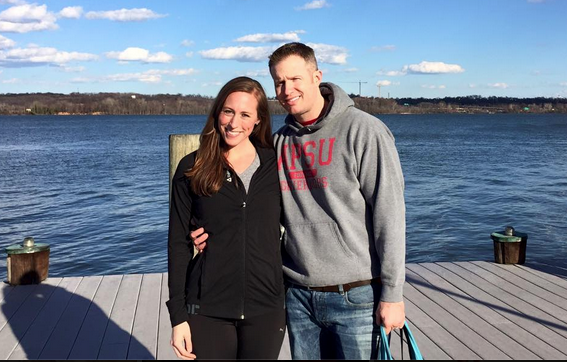 I wasn’t sure if I should tell so many right off the bat. But, my family was so excited about it and I decided it would be very meaningful to include them in the entire process. So the list included my immediate family plus my five aunts, grandparents and my closest friends. It was a lot –more than most people would be comfortable with.

But I’ve been open with my journey and would surely share it with everyone if anything went wrong eventually so I felt okay about it. Plus, it was neat to have their prayers, support and excitement every step of the way.

Of course everyone was over the moon excited but — then came the longest couple months of my life.

The glamorized part of pregnancy is certainly not in the first trimester. Stories of miscarriage from so many people I knew kept racing through my head. Everything, everyday, seemed like a battle all it’s own.

Then came the morning sickness. In the past, I of course heard about morning sickness but I didn’t know it would be so awful. No longer could I get up at 4:30am or enjoy my morning coffee or start the day of feeling wonderful and positive. 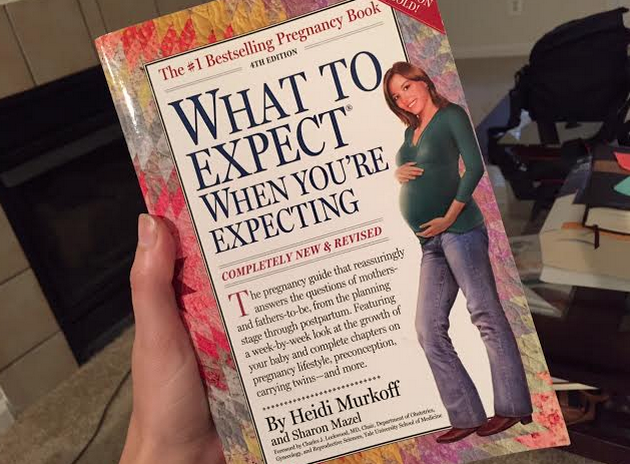 I stayed in bed as long as possible, felt totally drained and nauseous nearly 24 hours a day for almost a full month. It felt like it would never end. April was truly the longest month of my entire life. I poured over Baby Center message boards and worried — what if I was one of those women who had morning sickness her entire pregnancy? I will die, I thought!

After crying every other day and consoling myself with Dunkin Donuts almost everyday, it finally began to subside. Hallelujah! I still get a dose of nausea everyday but it’s much less tame and shorter lived.

I lived for my weekly appointments. When you are going to a fertility clinic, you get a lot of check ups, including an ultrasound every week at first. I had no idea how spoiled I was until I transferred to the “normal” doctor, who told me — no ultrasound until 20 weeks!

Here is our 12-week ultrasound: 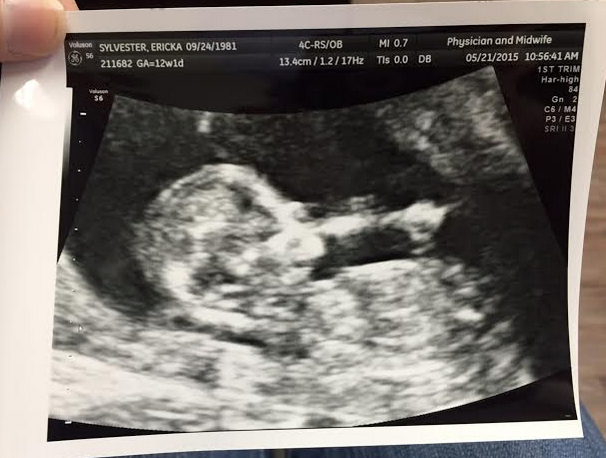 So after about 5-6 weeks of checkups at the fertility clinic, we got a normal ob-gyn, who would be our doctor until birth!

It felt weird to say goodbye to the clinic, a place I’ve been going to periodically for the past two years. I teared up when my doctor gave me a hug, said goodbye and said, “All I ask is that you send me a picture when the baby is born.”

It was clear to me then that these were really the moments he and the other fertility doctors lived for. This moment where they said, congratulations you are going to have a baby, and send us off — then, their life’s work is truly complete in a way. I’ve no doubt this is why they do what they do. It was a special moment for both of us.

At 12 weeks, I had an ultrasound for genetic testing. I didn’t really want the testing, but they said I could get another ultrasound (and it was covered by insurance and otherwise I wouldn’t have an appointment at all for over a month). I wanted that peace of mind at 12 weeks so I got it. I was NOT expecting to see a baby moving about like crazy in my tummy. For the first time, I saw my baby moving and squirming all over the place. It was amazing — and I’m craving to see that again. We have an appointment at 19 weeks for our next ultrasound. Rick wasn’t there at the 12- week so he still hasn’t seen the movement 🙁

Where We Are Now

Today, I am 15 weeks 2 days pregnant. Very, very slight bump but you can’t tell I’m pregnant by looking at me. I’ve gained about 5 pounds and haven’t yet worn any maternity clothes.

Though when I was sick, I stopped working out for a couple of weeks, I’m back to staying active.

Thanks to my back and sciatica, I did have to quit CrossFit and running (for the most part.) If it wasn’t for those things, I haven no doubt, pregnancy wouldn’t have kept me from my favorite activities.

Instead, I’ve been doing a lot of barre, yoga and walking. I intersperse and spin class or a swim here and there. These are not my favorite things but I will go insane if I don’t stay active so I’m doing it! Right now, I’m using ClassPass to get a variety of classes and mix it up.

This is around 12 weeks: 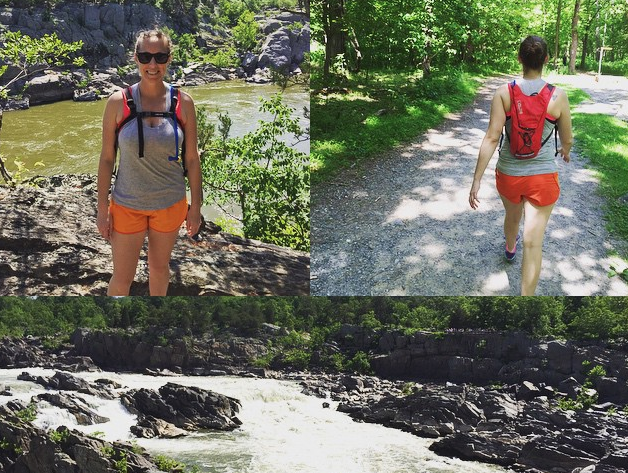 So there’s your first pregnancy post. Now that I can be honest, perhaps blogging will come back more naturally! Hope you will follow along and let me know if you have any questions about IVF, pregnancy, my journey or anything else.