Starbucks “Pay It Forward” Chain Matters Even If No One Needy Benefited. Here’s Why. 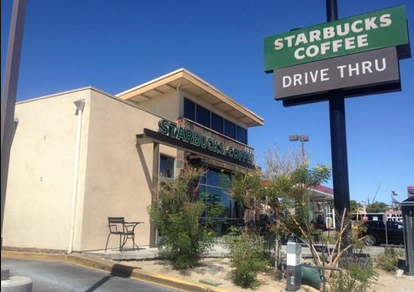 The Starbucks pay it forward campaign matters. Some have criticized the “pay it forward” chain that occurred here last week. They’ve claimed it was just a bunch of privileged people already rich enough to buy their own Starbucks. No one was actually going out of their way to give something they weren’t getting something for as well.

So, what is this chain? It isn’t people “paying it forward.” It’s people congratulating themselves on employing a generous-sounding rhetorical device.

Is Feifer correct? Yes. Paying for the person behind you in the Starbucks line isn’t exactly going to win you a Nobel Peace Prize — and technically speaking — only the first person who paid truly paid it forward, because they paid for their own drink as well as the person behind them without have theirs covered.

But. But. But. Might the thought of generosity make it more likely that the individuals in that line feel more inclined to employ it in other situations that day as well?

Many were critical of the 379th customer, who ended the “pay it forward chain” but his response may make you change your mind. When interviewed about it later, Peter Schorsch told ABC:

“When the barista asks you to pay it forward, it is no longer spontaneous.”

Perhaps guilt was a factor. But is that really so bad? Yes, giving back — or even the illusion of it — makes us feel good about ourselves. People that feel good about themselves are often more productive, better citizens, happier and even, healthier!

So, sure, the Starbucks line didn’t help a homeless person get a job, feed a child or fix someone’s health problem. But it inspired gratitude, spread positivity and brought a smile to someone’s face in the midst of a whole lot of bad news in the world. This contributes to society and in the end, I’d wager to bet, many of those in the line end up doing something that truly DOES help others because of the inspiration they received in the form of a stranger paying for their latte.

“We believe a generous world is better for all of us.”

Want to really be inspired? Go watch a few of their videos — and you’ll see why I think the Starbucks line was a great thing even if it wasn’t tangibly beneficial in the short run.