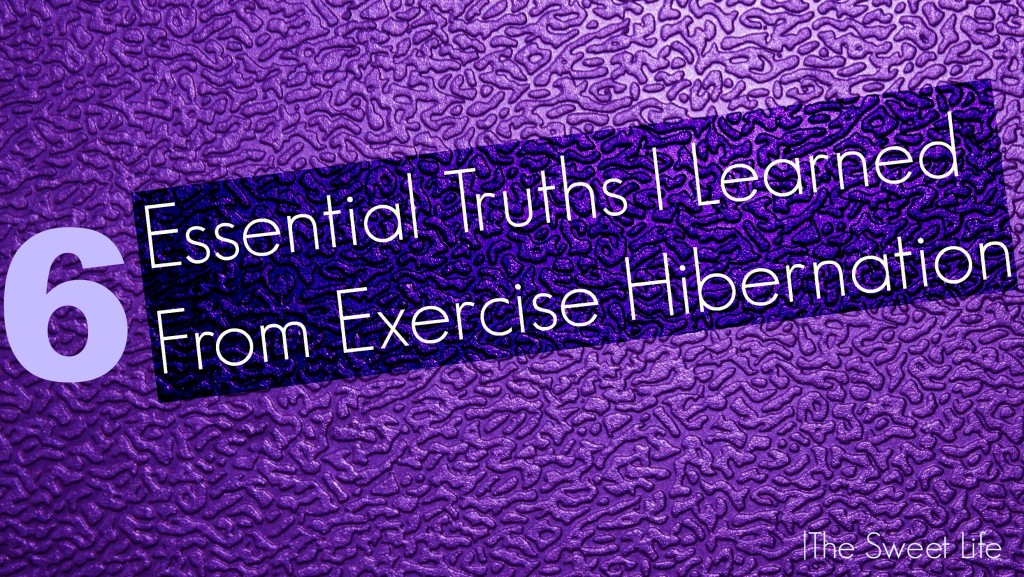 I’ve been working out regularly since I was 13 years old. At 32, it’s weird not having that as a mental, physical and spiritual go-to. Since I inherited a problem with my spine way back in September, things have been a little different. I stopped doing CrossFit 7 months ago and stopped running 5 months. Two of my favorite things in the world had become unavailable to me and I was just a little panicky. Luckily, I discovered the positive side to taking a forced break.

1. Your Appetite Adjusts
The first thing I feared when the exercise dwindled was that my voracious appetite wouldn’t simmer down. It usually takes a day or two — but guess what? It does. I found it odd that I wasn’t as hungry for “second breakfast” or my afternoon snack but that’s what happens when you don’t run 6 miles before work. I was less prone to eating eating dessert after dinner on the weeknights. Part of this was mental no doubt because when I’m working out a lot, I kind of give myself a pass to eat more of it. Thankfully, I didn’t feel an unhealthy urge to overeat despite being panicked that I would.

2. You Won’t Pile On the Pounds
Going in hand in hand with number one, of course, packing on the pounds is always an athlete’s biggest fear (well, one of them.) I tried to let myself accept that gaining a few pounds would be okay. While I don’t weigh myself often, I was shocked to find that when I did, I hadn’t gained a pound. I had sometimes even lost one or two. I lost a lot of muscle so that is probably part of it. That being said, I didn’t restrict and tried not to over think what I was eating. I know I have good metabolism but I was really surprised I didn’t gain anything.

3. Your “Someday I’ll Get Around To It” List Gets Checked.
I am always dreaming about writing more, but never do it. My mind is clearest and most motivated in the morning — which is also when I love to workout. I can’t do both and still be at work on time. So, I spent a lot more time writing over the past few months. I’ve been reading like a fiend (more than usual!) and tapped into a deep fascination with social marketing, brand building and entreprenuership. I was always kind of interested in these things but it’s to another level now and I’m thankful I had the mental space to figure that out.

4. Forced Crosstraining Isn’t Terrible
I wasn’t totally off the exercise circuit because it was important not to let everything just go to heck. I did some swimming, walking and stretching. Despite complaining my way all the way to the pool, it was really worth doing it. I actually went yesterday and though I didn’t want to, swimming is SUCH an amazing crosstrainer. It helps you think about your  body differently because you can feel every muscle elongated and working. The stretching was also a super important think to incorporate and that was part of my crosstraining as well. This has taught be a major lesson about treating yourself well, especially if you are going to work hard and play hard.

5. You Can Hear Your Body When You Slow It Down
When I stopped going to CrossFit 4-5 days a week and running 2-3x a week, I had a chance to listen to all the little sounds and tweaks of my body. No wonder my hamstrings were so tight, my shoulders a mountain of knots. One day at yoga and you can easily see where you never stretch but where you desperately need too. At this point, I feel totally off if I don’t do my daily stretches, breathe deeply, stand up all the way on my toes and stretch fully on the floor. I started to see how beneficial yoga-like movements and breathing are for everyday life.

6. Sleeping In Is Good for the Soul.
When you are training for marathons and trying to fit your workouts in before work on weekdays, then before errands and social life on the weekends, you NEVER sleep in. I’d get up at 5:30am on Saturdays to start long training runs. I hated it but I did it and was always glad I did. It also made me a complete zombie sometimes later in the day (although the right nutrition can help you avoid that!). I’m sure I will get back into that kind of thing but sleeping in with no obligation to get up and do anything on Saturdays was a joy I rarely knew. Everyone should spend a season letting it happen. Refresh and re-energize! 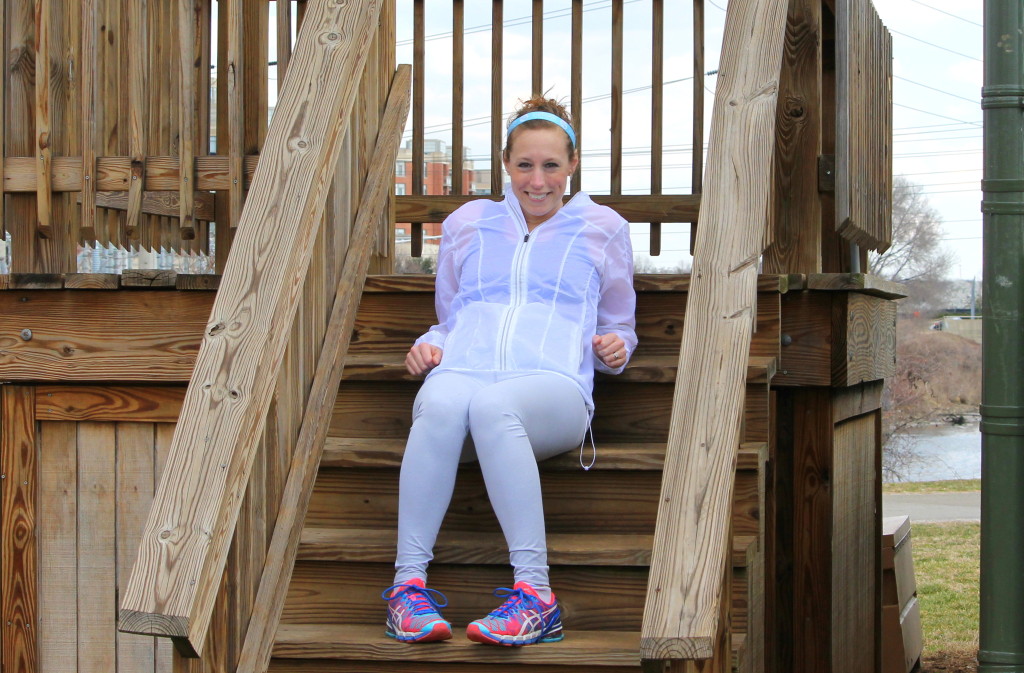 In conclusion, I didn’t want to be injured. I hated having to take a break but I knew it would bring some things to light for me — and it did. If you are in a period of forced “hibernation” from exercise, don’t let it get you down. Embrace it and don’t try to fight through anything (I did and it got worse.) There’s never a “good” time to get injured but when it happens, let it be and you may end up finding a new passion you’d never have found otherwise. And remember….you’ll be back at it again soon if you’re lucky.

How have you handled periods of forced rests? What’s the longest you’ve gone without really working out? What is your favorite way to crosstrain when you can’t run?