This Was My Kind of Weekend 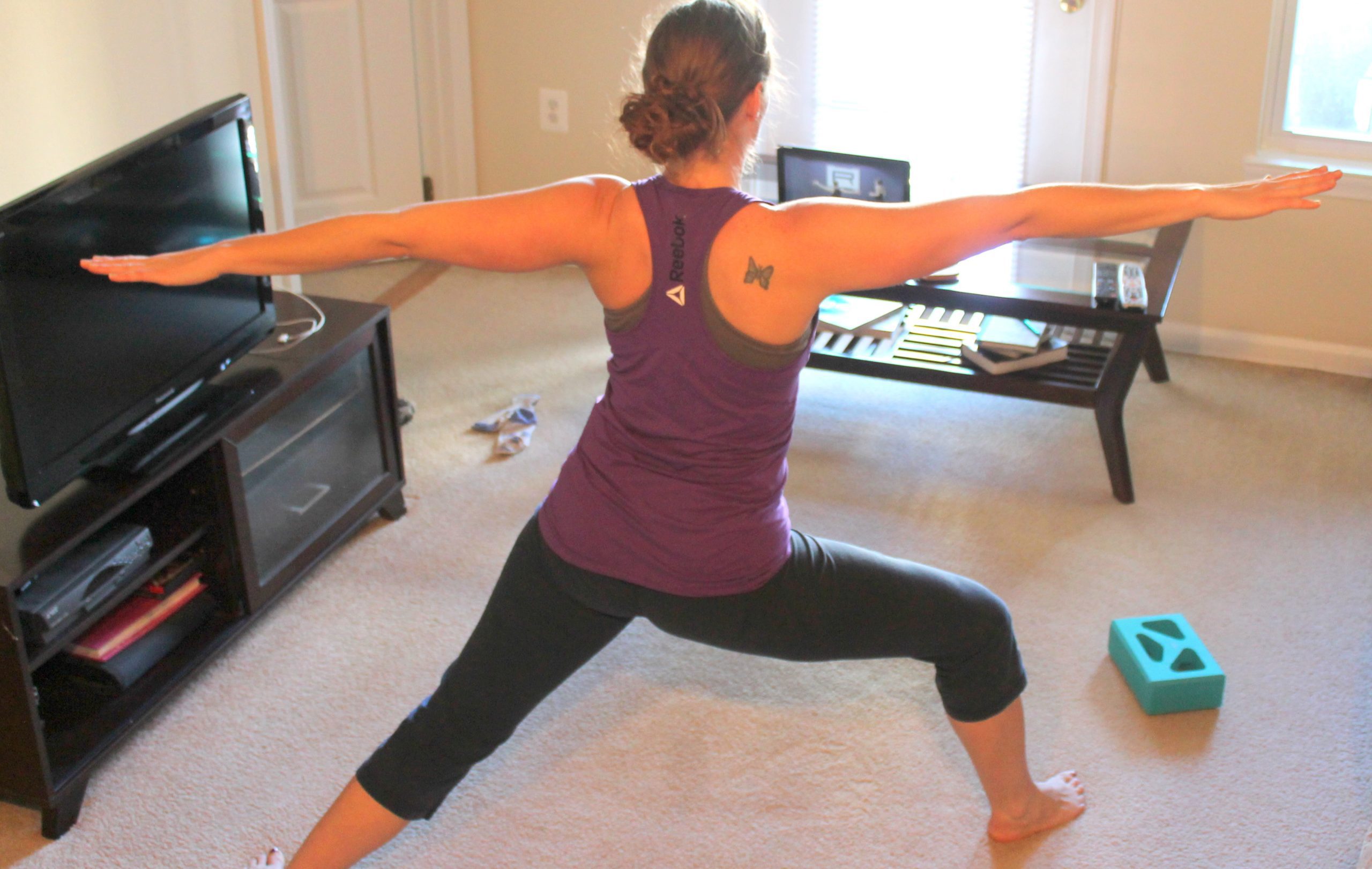 This was one of my favorite kinds of weekends — not too busy but still full of fun stuff that I was looking forward too. Friday night I was too exhausted to do much of anything so I ended up with Pizza Hut watching an old Denzel Washington movie — “Out of Time.” Probably my least favorite Denzel movie ever now that I’ve seen it!

Saturday morning I was in serious need of some sweat. I didn’t do any kind of exercise the entire week and even though I can’t do much, I was gonna do something.

Friday morning I got a steroid injection for my herniated disc. I’ll be starting physical therapy next week and getting another injection in three weeks. So far, it’s working okay. However, my doctor says I have three other bulging discs in my back and seems very anti-running at this point 🙁

So I got my gear on and went walking, biking and planking my butt off for about an hour and oh man, it felt good after all that time off.

Then I went to meet my friend Amy for lunch at one of my new favorite places, Cafe Caturra. This place is about a mile from my house and I’ve enjoyed every time I got there. The atmosphere is nice and makes me feel transported somewhere cooler than Arlington, Virginia, ha ha.

Then, I was off to the Museum of Natural History for a scavenger hunt with the kids from the Family and Youth Initiative (FYI). This is the group that works with teens in foster care to provide mentorship, leadership and adoption. It’s an awesome organization and I’m excited get more involved. The Scavenger Hunt was a pretty cool idea considering how neat the museum is! Here are a few photos though I had to block faces since I didn’t have permission:

Saturday night, Rick and I went to see “Lone Survivor.” I usually try to read books before seeing movies but I was really excited to see this one. The story of Marcus Luttrell and his fellow SEALs is tragic but one that needed to be told. I know one Navy SEAL and I have so much respect and admiration for the men who choose that for their lives. The movie was brilliantly done and I cried my eyes out at the end. There’s not much to give away in this film but be prepared for photos of the fallen at the end of the movie — that’s what got me. Once I get started crying, it’s hard to stop.

It was a dinner and a movie kind of night so after that we made our way to Sapore D’Italia in Del Ray — super close to home. I found the restaurant through a Groupon We’ve decided no more dinners out without a Groupon (or coupon of some kind!). This will also help with picking where to eat, which can be a monumental task on a hungry Friday night sometimes 🙂

You win some, you lose some when you gamble with Groupon. Sapore was an adorable little atmosphere, great music and awesome service but the food was lacking in my opinion. However, I had a good experience there so I’m not upset that we tried it. A few shots of our evening there:

Sunday brought more fun stuff. We were up early to get the grocery shopping done. You should have seen this cart packed full of kale, broccoli, spinach, apples, pears, strawberries, almonds — the eating clean bandwagon was on the go. Too bad the green stuff doesn’t usually include coupons! Either way, we stocked up, then headed to church.

Because I’ve decided to start focusing on doing some yoga, I found a good video specifically focused on spine health — exactly what I need. I’m such a baby when it comes to yoga but this video was pretty easy and I could tell that it stretched me out in the way I really needed. And the photo up top is part of that session. The whole thing kind of made me want to go to Shivayoga. 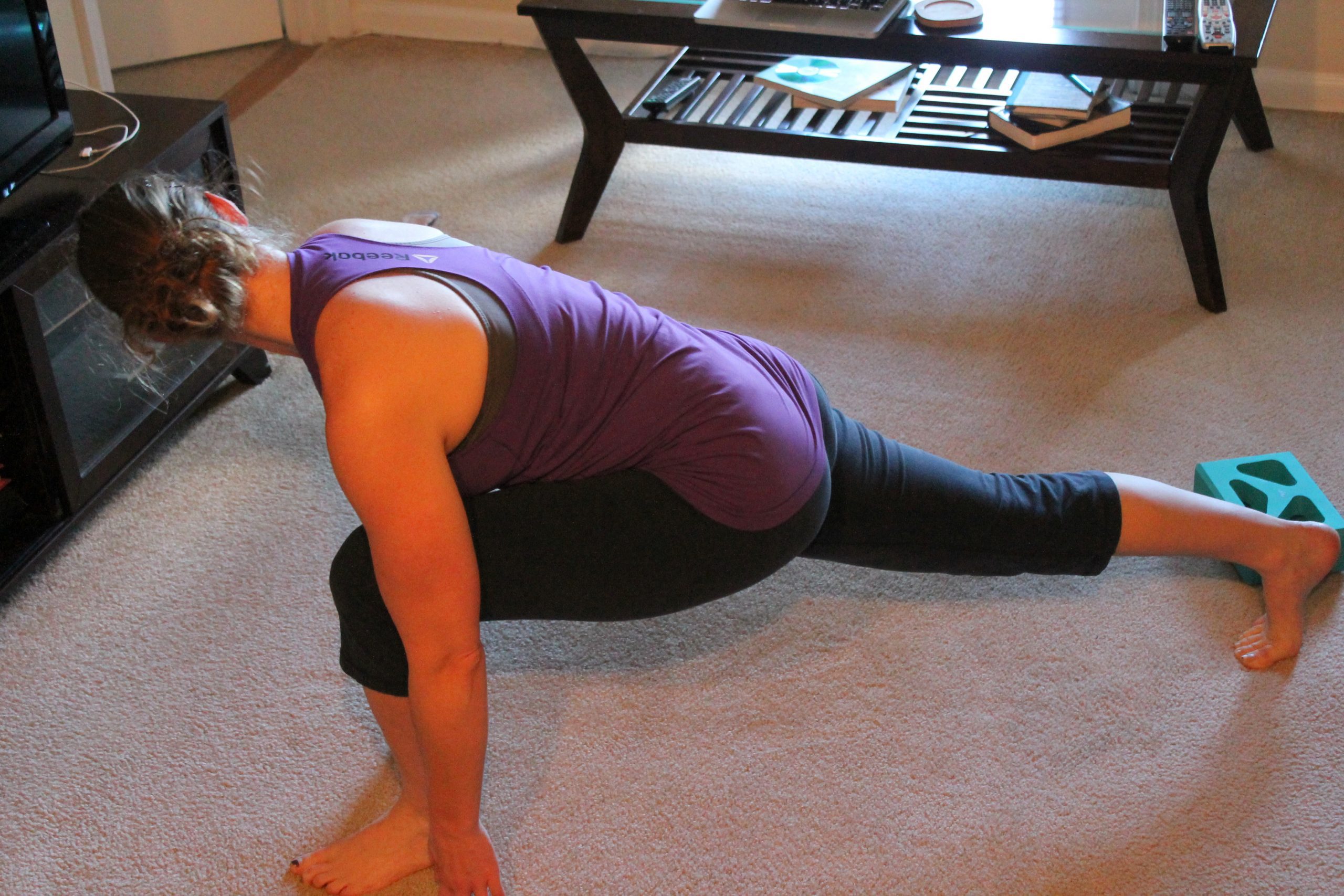 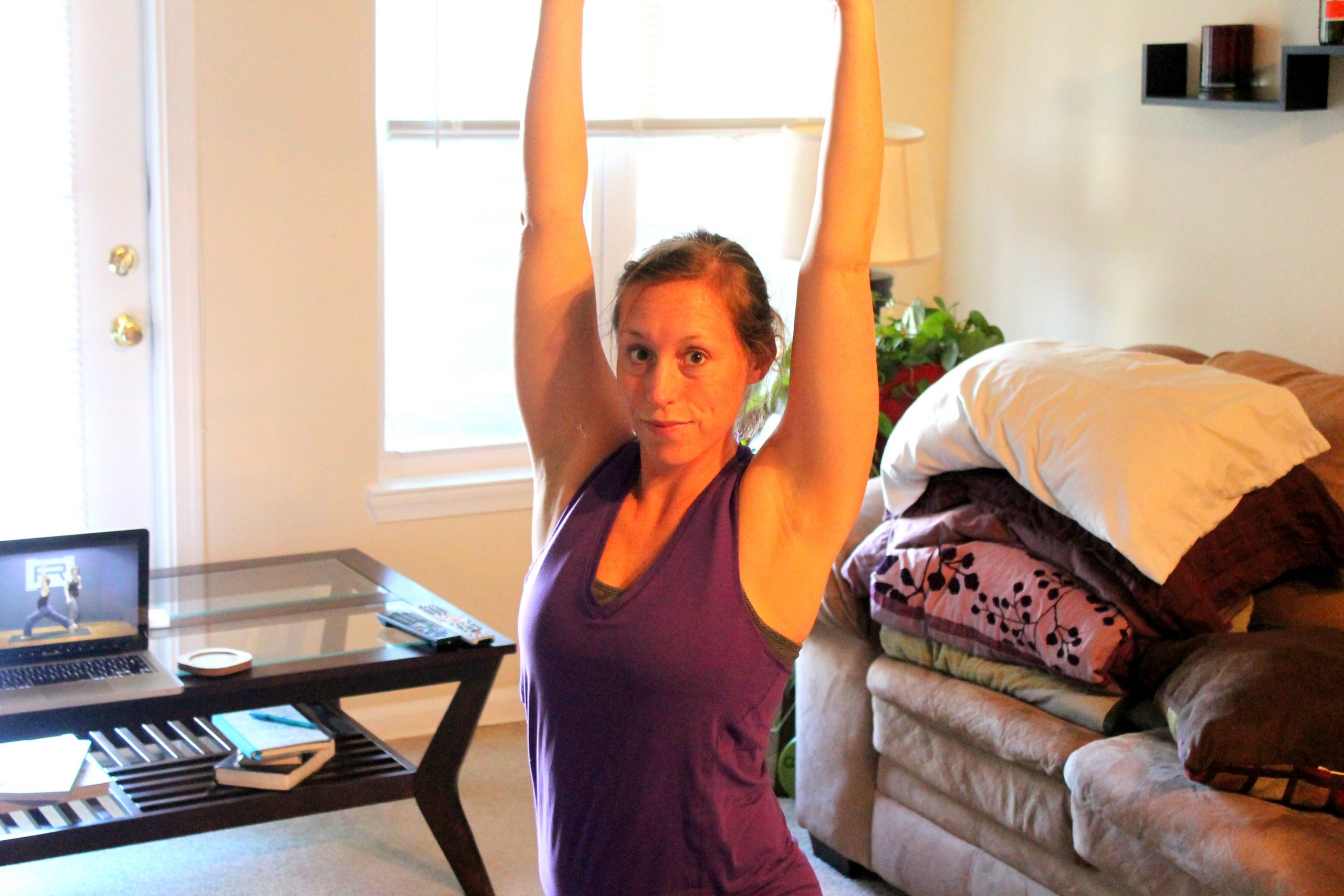 After my yoga session, we headed out to visit Michelle. It was a beautiful afternoon, and a great day for a sunny drive out to the country (as I call it!). It has been rainy here all week so it was such a blessing to finally see some sun. We visited with Michelle and her husband and their little peanut, Austin — who is super smiley and adorable!

So that was my weekend! Oh yeah, well, watching the People’s Choice Awards obviously but…don’t tell anyone — I’m writing this before they are on to publish this in the morning! Oh well, I’m sure Tina Fey and Amy Poehler will just be their fabulous selves as always, right?

Do you plan to see “Lone Survivor?” Have you been on a scavenger hunt any time recently? What do you love about using Groupon? Tell me something fun you did this weekend!