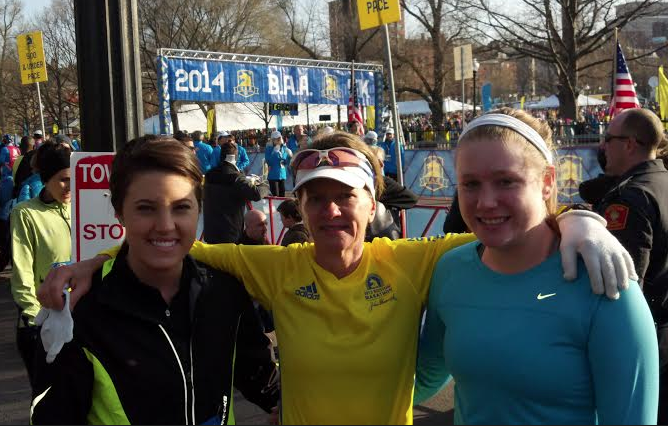 *This is a guest post from veteran marathon runner, Jennifer Schubert-Akin. When I found out this will be her 21st Boston Marathon — and that she’s run MULTIPLE 100-milers, including Leadville & Western States — I was beyond inspired. Jennifer and I met through our jobs in politics, but when we discovered a running connection, of course it sealed our camaraderie! I hope you’ll take a moment to read her inspiring running story — and hear about what she’s raising money for at Boston this year.

*Also — if you think you can’t go from 5k to 100-miler, her story will change your mind. So awesome!

25 YEARS AGO TODAY, I STARTED RUNNING….

April 2, 1990…It was the day after some of my co-workers in Austin had run the Capitol 10K. They were all in much better shape than I was. That could have had something to do with the fact that, back in those days, my idea of a “workout” was 15 minutes on the stationary bike with a cocktail in my hand (I’m not kidding). I went to my friend and co-worker, Kris Maack, who was a star on the Arizona State cross-country team, and asked, “So, if I want to try this running thing, how should I start?” Kris recommended that I put on whatever “tennis” shoes I had and see if I could run around my neighborhood for 15 minutes without stopping. I went home later that day, put on my tennis shoes and headed out the door. A full 17 minutes later, I walked back in the door. I did it!! My legs felt wobbly. Go ahead and laugh.

A couple of weeks later, Kris talked me into running a 5K race. It had an uphill finish. I almost died.

April 1993…I ran my first marathon…the Big Sur Marathon, along the California coast…beautiful. I started at the back of the pack…very nervous. Met a guy who was running this marathon as a “training run” for something called the “Western States 100.” I thought he must be joking…. Finished Big Sur in 4:22. I was hooked. Ran the Steamboat Marathon approx. 6 weeks later. Hey, this running thing is really cool. Five months later, ran the NYC Marathon. It was official…I was a marathon junkie.

Do you realize that we adopted Wolfie two years before I even ran my first marathon? He was my loyal running buddy for so many years. Checked my running log…he was still running the 5-mile Whitewood Loop with me when he was 11. I sure hope I’m still able to crank out 5-milers when I’m 77.

August 1998…Rick, Wolfie and I were driving through a little mountain town called Leadville, on our way to Colorado Springs to run the Pike’s Peak Marathon…officially a 26.2-mile marathon…but oh so much longer in time and effort (at least Pike’s Peak only has one hill…. wink emoticon ). While driving through Leadville, we saw a big banner that read “Leadville Trail 100-Mile Race: Start/Finish Line.” Remembered vaguely hearing some news account of these insane runners who run 100 miles on trails out in the mountains. Looked out toward the high peaks to the west of Leadville and…it just didn’t seem possible…how do they do that?! Went on to finish Pike’s Peak in 7 hours and 3 minutes…I remember thinking…”this is the CRAZIEST thing I have ever done!”

August 2002...I finished the Leadville Trail 100-Mile “Race Across the Sky” on my 3rd try…hallelujah!!! After DNFs in 2000 and 2001, it is impossible to describe the joy of crossing that finish line. Realized later that the DNFs had been a blessing in disguise, however. Three years of running on those beautiful mountain trails around Leadville and Twin Lakes, all those long summer weekends spent in Leadville and Twin Lakes with Rick and Wolfie, having great adventures and doing long, long training runs….we fell in love with the area. There is no place on earth more beautiful than Twin Lakes, Colorado.

July 2006...scattered Wolfie’s ashes at the Hope Pass Summit…elevation 12,600 feet…the highest point on the LT100 course. We think of Wolfie every time we look up at “Wolfie’s Pass” from the deck of our Twin Lakes cabin.

May 2010 – adopted Cruiser, our rescued Alaskan Husky sled dog, to give Boomer (adopted in May 2005) a playmate. Cruiser proceeded to escape and was on the lam for a solid week. After literally running and walking all over Lake County, Colorado, trying to catch him, we finally succeeded. Now? He wouldn’t leave us for all the treats in the world! 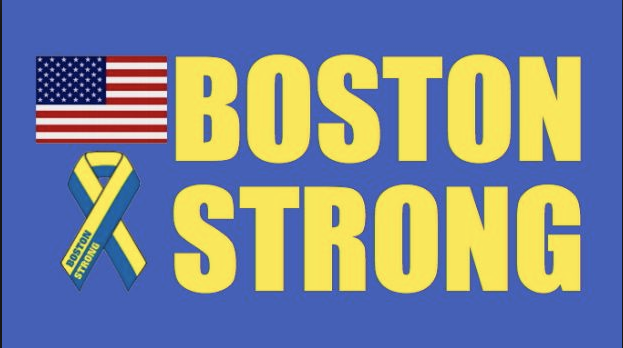 April 15, 2013 – Finished my 19th consecutive Boston, just minutes ahead of the devastating explosions at the Finish Line. Will never forget the three innocent souls who lost their lives that day—Martin, Krystle and Lingzi.

And, well, the rest is history…..
* 17 ultra-marathon finishes (we won’t even talk about the DNFs…they were all ugly), including 3 Leadville Trail 100s and 1 Western States 100, and assorted other races from 50K to 52 miles
* 43 marathons, including the past 20 Boston Marathons, 3 Pike’s Peak, 2 New York City, 8 Steamboat and assorted others
* I began keeping a computerized running log about 15 years ago. In the past 15 years, I have run 30,408 miles. Will have to dig out those old hand-written logs for 1990-99 for a little trip down memory lane.
* Memorable runs around Kilauea Crater on the Big Island, through the rolling hills of Tuscany, on the cobbled streets of Rome, through beautiful Hyde Park in London, along the Harbor Front in Sydney and past the spectacular Sydney Opera House! 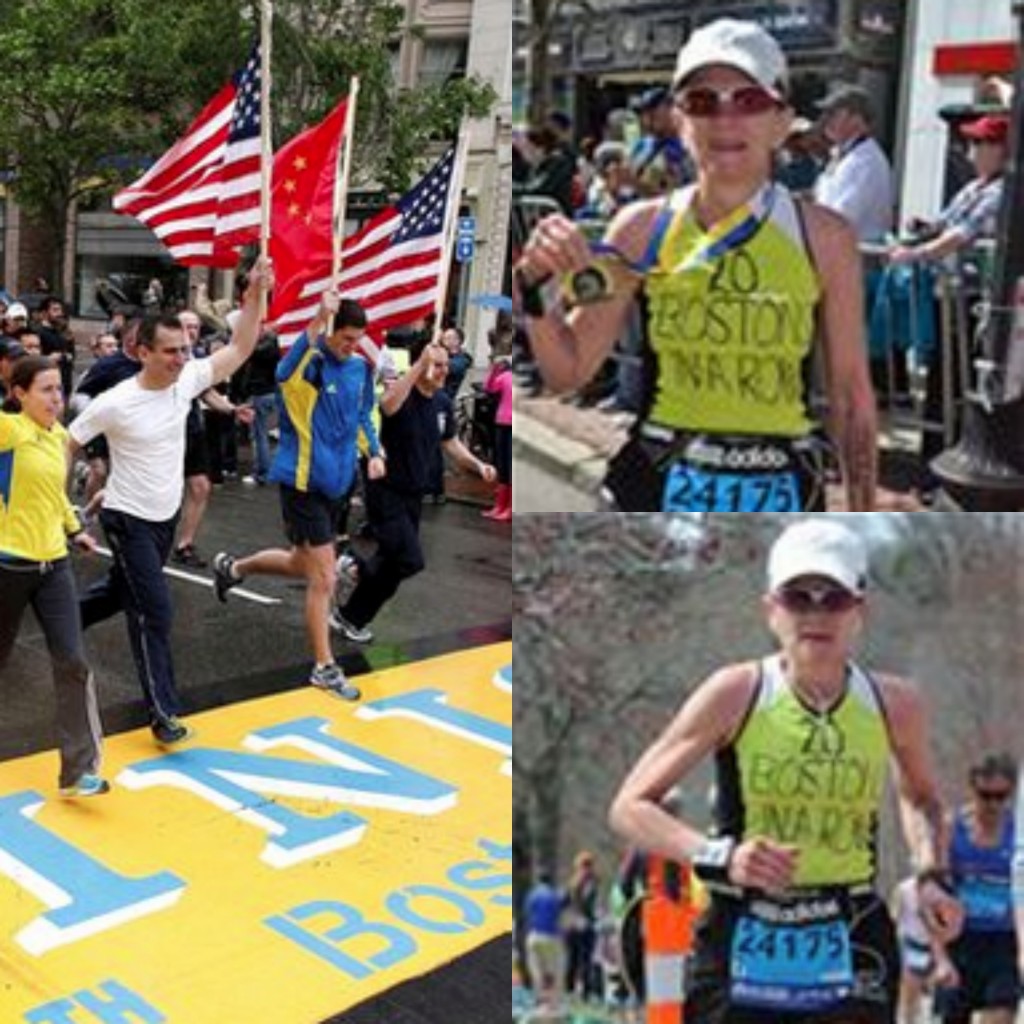 ** Best memories: All 20 Boston Marathons, every Leadville 100 finish, WS100 finish…but best of all the adventure of running on the beautiful, rugged, remote mountain trails with Wolfie…and now Boomer and Cruiser.

What will the future hold? 21st consecutive Boston Marathon coming up on April 20th and, hopefully, many more. And, of course, countless miles on beautiful mountain trails with my little squirrel-chasing buddies Boomer & Cruiser.

Thank you, Kris Maack, for getting me out the door for that 17-minute run….25 years ago today.

Inspired by Jennifer’s story? She’s hoping to raise $10,000 for MS research, something that is personal to her heart. She’s only got a few days left to reach her goal. I just made a contribution — perhaps you’ll consider one too!