Learning to Breathe Fire: The Rise of CrossFit & the Primal Future of Fitness 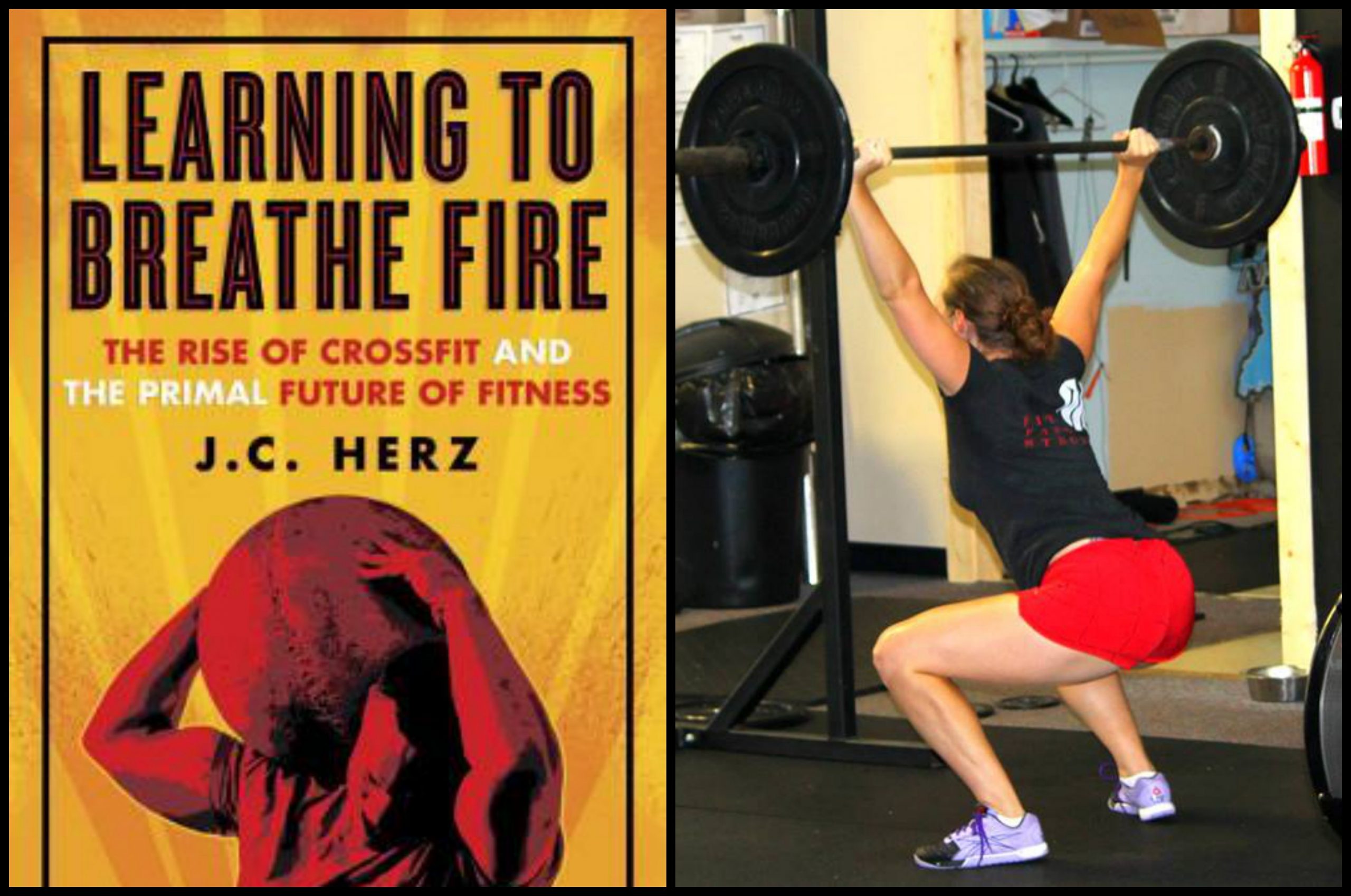 Learning to Breath Fire: The Rise of CrossFit and the Primal Future of Fitness. Long title but pretty great way to start out a book about CrossFit, right? When I first started CF, I wondered when they’d be making a magazine about it. Next thing I knew, WOD Talk was publishing. I knew a book would be next. There have been a few others published about the sport but nothing as detailed, comprehensive and well-written as this one.

Lucky for me, the author, JC Herz, happens to be a resident in my own city of Alexandria, VA. What a coincidence. Little did I know, much of the CrossFit energy that eventually became so popular partially started in this area.

For an activity I love so much, I couldn’t believe how little I knew about it’s history, other than a guy named Greg Glassman started it all. I learned SO much about where it all began, why CF is so intertwined with the military and a ton of details about the very first CrossFit Games.

No one knew what it would become in the beginning and now I’m shocked that it actually became such a worldwide phenomenon. I can understand, though — after all, I fell in love with CrossFit fast. There’s just nothing else like it.

What I loved about the book was Herz’s focus on a few key characters in the rise of CrossFit, honing in on the details of their lives and capturing pivotal moments in such detail you’d have thought you were right there with them. I was particularly interested in the story of Christmas Abbott, since I was able to meet and interview her last year at the CrossFit Games. I had no idea Christmas was really in on the ground floor of Crossfit’s eventual rise. I now think she’s even more awesome than I did!

If you are hardcore like me, you’ll recognize the names of most people in this book and be intrigued by the new ones you find. I devoured every word because I thought it was so neat to hear the story behind a movement that grew organically in such a fascinating way. What other sport has grown in this way, in such a rapid fashion? You tell me.

Discovering the history and people behind CrossFit game me a better appreciation for the sport that has brought me so much fulfillment. Anyone whose ever participated in CrossFit — or thought about it — should consider picking up a copy of this book.

You can also start by checking out the Facebook page.

ANNOUNCEMENT: On that note, I can tell you that I’m honored to be attending the 2014 CrossFit Games again on behalf of Reebok! I’ll be at the games started July 25th and can’t wait to share my adventures with you the blog, twitter and instagram!