13 Clear Ways to Spot a CrossFitter 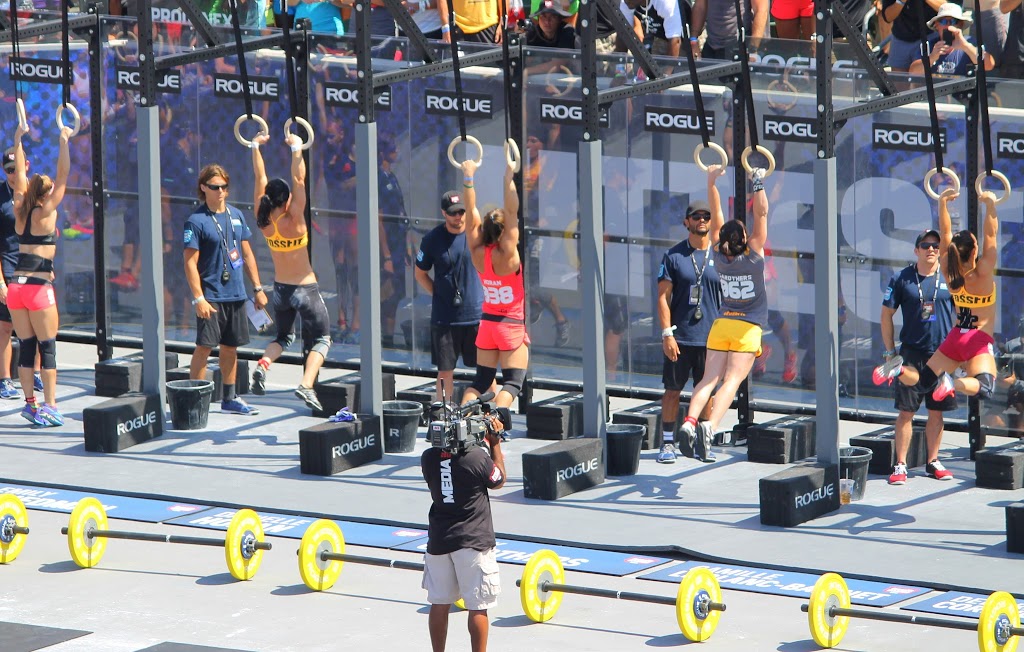 I’ve  been there. I’m at the physical therapist doing some stretches when I glance down and see the telltale shoe. This girl is wearing Reebok Nanos, I think. I have to ask her about CrossFit, because we will then become instant friends.

I’m walking home from the metro wearing my CF Games 2013 long sleeve t-shirt and a guy slows down to yell out the window, “Hey, I like your shirt!” Immediate kindred spirits.

I’m leaving a hotel when I see a group of people all wearing t-shirts or jackets that say “Rogue” on the side. I have to stop myself from striking up conversation with my fellow warriors in the CrossFit culture battle.

It’s easy to spot a CrossFitter, and not just because most of us wear shirts emblazoned with the proud “CrossFit” logo on both sides. When you find them, you know you’ve found friends. It’s like the way people from other cultures find each other and live next door in the United States, even if they don’t actually know each other. These are their people. And, friends, fellow CrossFitters are my people.

Here are 12 ways to spot a CrossFitter outside of their native habitat (aka, “The Box.”):

2. Something on their body says “rogue”

4. They have chafing on their inner thighs (hello rope climbs!)

6. They’re picking at the ripped skin on the palms of their hands

8. They have what looks like whip marks on their arms and legs (screw you, double unders!)

9. They are decked out head to toe in Reebok or Lululemon

10. Their t-shirt brazenly announces a random place in the United States with “CrossFit” after it

11. They have abnormally large quads and for women, abnormally short workout shorts

13. They can spend hours talking about some devilish woman named “Fran.”

So these are just a few of the CrossFit trends I thought lovingly of when considering my fellow CFers. After attending the Games last weekend, my head is full of six packs, muscle ups and protein packed lunches. Yes, CrossFitters have their own language and their own trends but they are some of the nicest people I’ve ever met and certainly a great inspiration for others to treat your body well and have fun doing it.

Oh and in case you weren’t sure about getting Nano 4.0’s, be sure now with this vid: