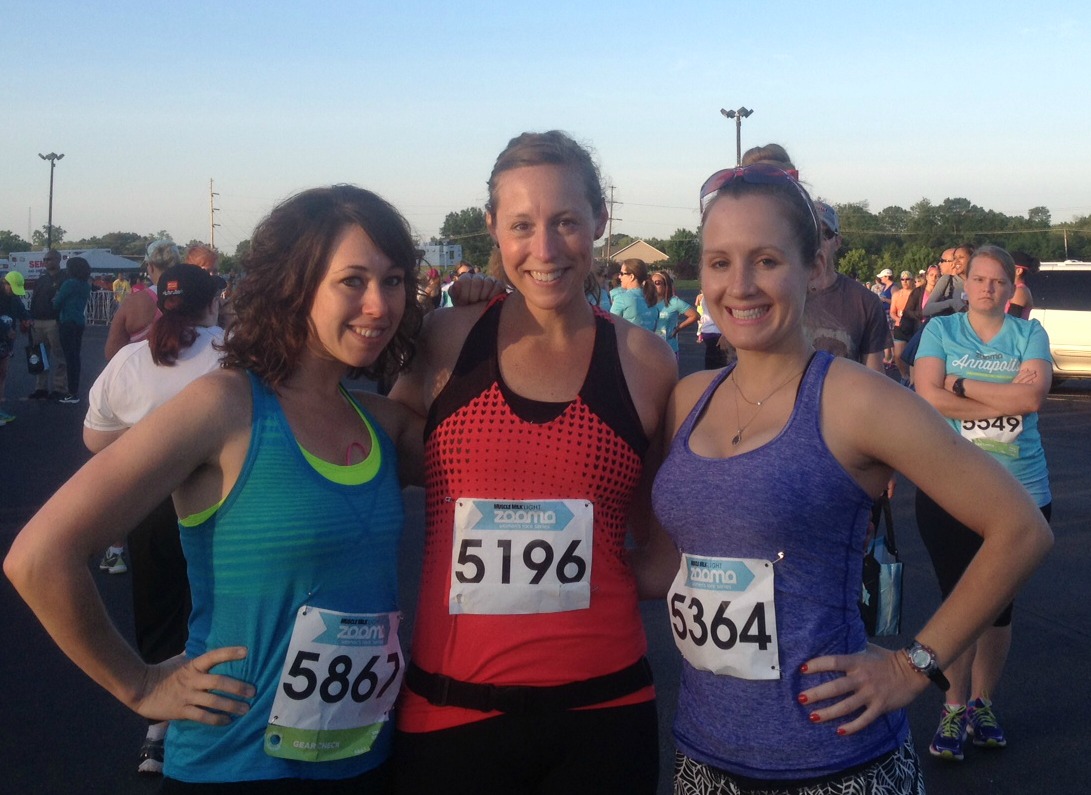 This weekend I ran my first half-marathon since back surgery. Let’s just say I wasn’t fully prepared. I’ve been running frequently but not lots of miles. I figured I could handle it though, and I did. About a month ago, I ran 10 miles and since that went over fairly well, I knew 13.1 wouldn’t kill me.

Two friends and I drove up to Annapolis on Friday night to hit up the expo, which was so cute! It was fairly small (which I liked) and in a carpeted room at the hotel (oh how I love carpet!) 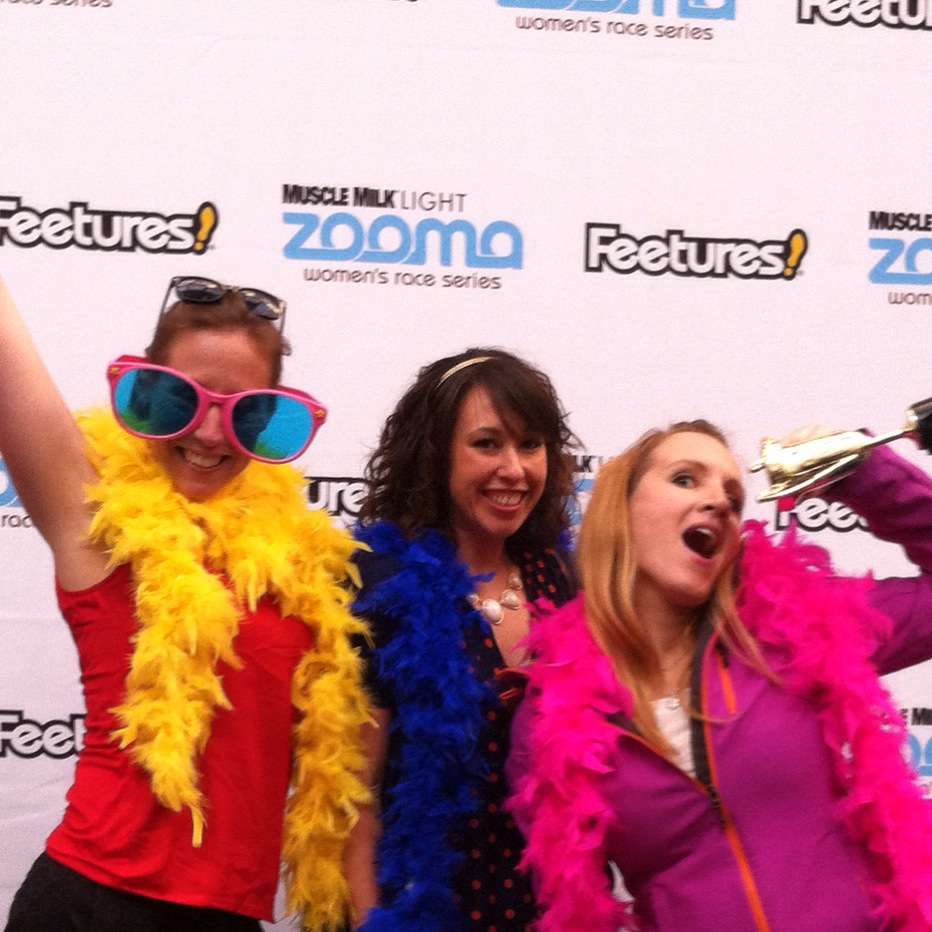 We then went to dinner at Dry 85  mostly because there was no line, and all three of us got the quinoa black bean burger for dinner, with one beer too. After dinner we were stuffed but decided to walk down to the waterfront. It was a gorgeous evening and the water was so pretty. People were out and about everywhere, it was such a summery scene.

So of course we had to get ice cream — even though I thought that was probably a bad idea for the stomach. They had the cutest little ice cream shops so I got mocha cookie dough in a cone.

We made our way back to the hotel and I proceeded to sleep horribly. I tried not to think about that when the alarm went off at 5am. We proceeded to blast “I’m So Fancy” to get pumped up as well as eat peanut butter bagels and get ready to go. My stomach felt bad all morning so I was dreading how this would feel.

Weather could NOT have been better. It was sunny, 70s and clear, blue skies. Amazing! It was very colorful, as ladies tend to be, and since this was a women’s race, the color was all over the place. Luckily it was a fairly small race so no problems with bathroom lines or corral hiccups. 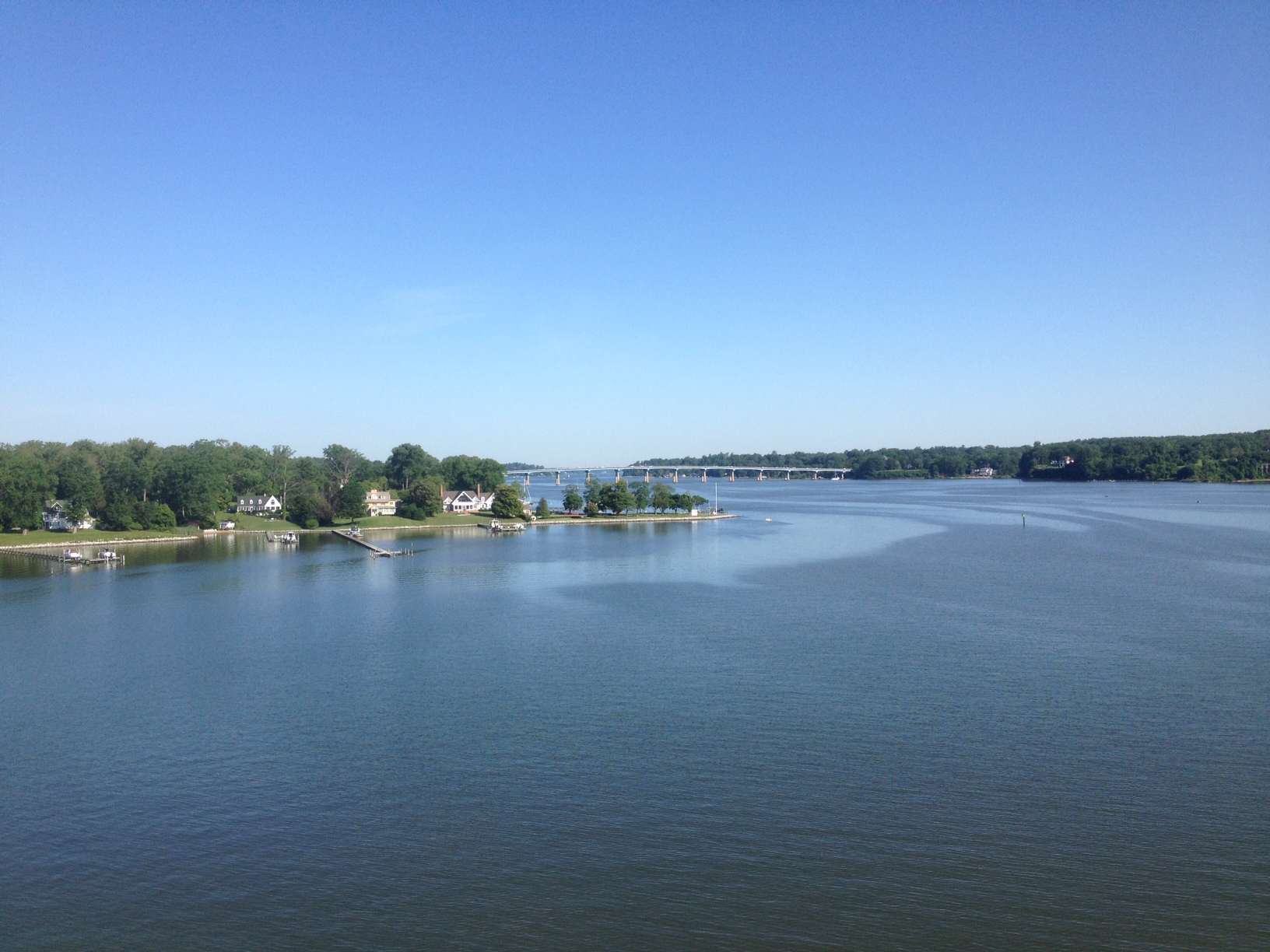 I aimed to finish under 2:15 because I was not feeling hot. I actually thought I might finish later than that because I might have to walk with the stomach issues.

The first 5 miles were pretty terrible. I considered turning around with the 10kers very seriously. But, decided to trek on and call it a calorie-burning exercise, knowing I’d be bored waiting for my friends at the end and also probably be pissed at myself for quitting.

And so I did. At mile 8, I put Pandora on and took my Gu — chocolate outrage totally tastes like chocolate pudding by the way. It helped and I sped up (I’m guessing my splits were negative.) My mind was wondering and next thing I knew it was mile 11 and I thought 2 miles sounded like cake. 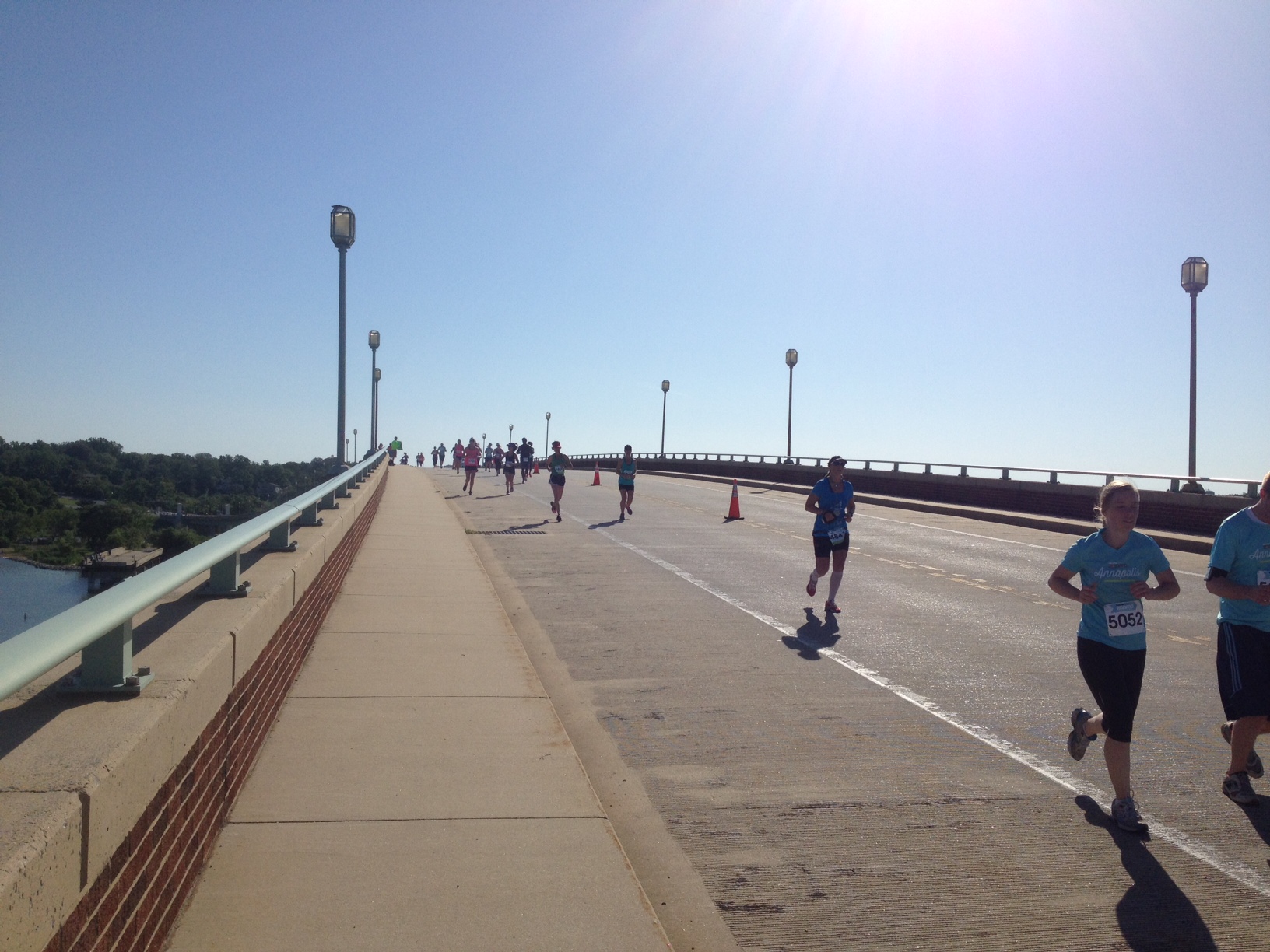 My legs were feeling very heavy, almost like at the end of a full marathon — ugh, tell me again how I’ve run 8 of those?! No clue at that moment. Finally, I crossed the finish line at 2:08. Not my grandest half-marathon moment but hey, I finished and it felt good to get that medal.

We did some post-race foam rolling and snagged some Muscle Milk, hummus, and other fun snacks that were available. 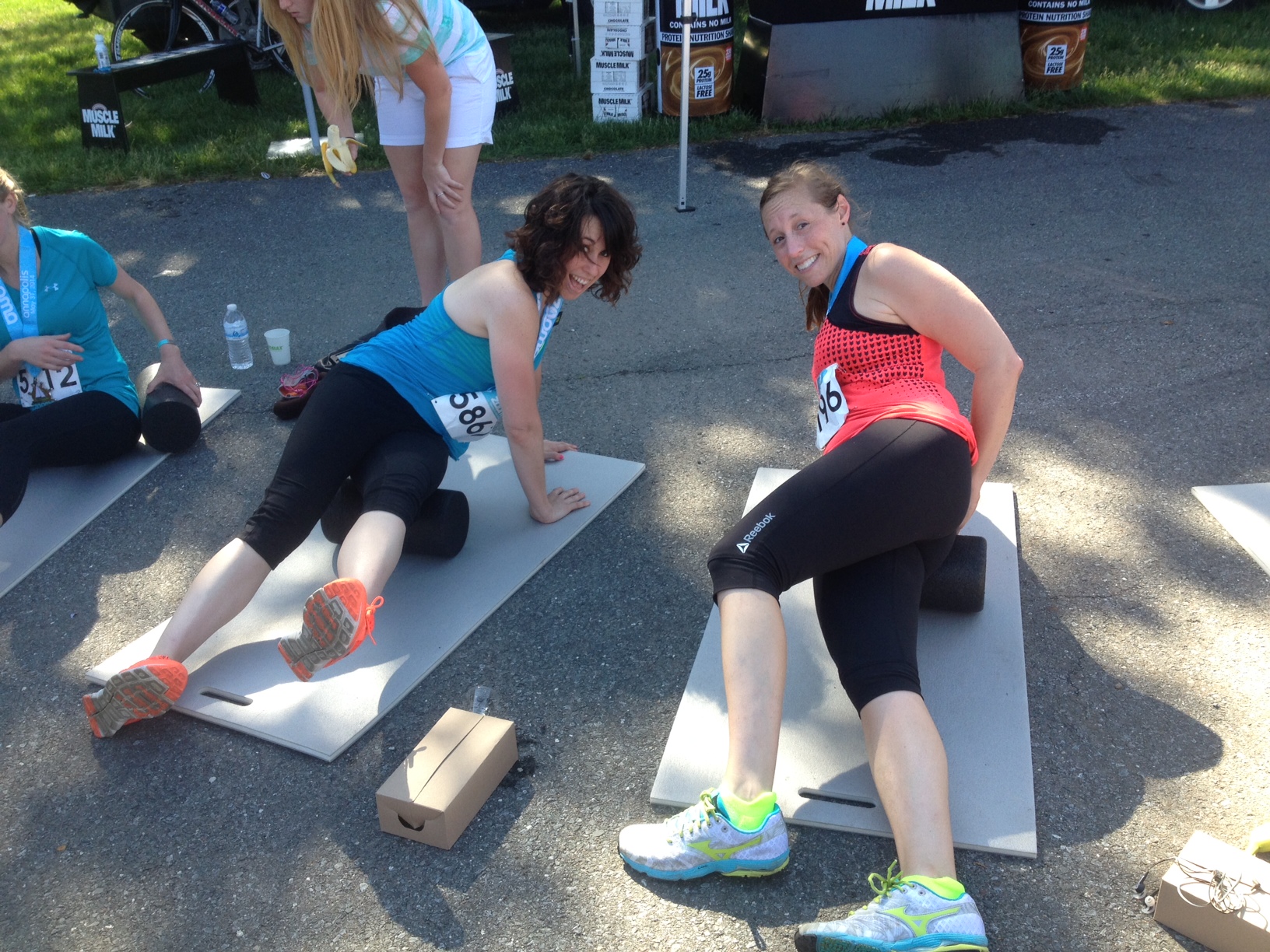 After we showered, we went back downtown to Miss Shirley’s for brunch — talk about a crazy menu with some amazing food choices. I was overwhelmed! Best thing we got was the pull apart Monkey bread with chocolate, pecans and bananas. I’m pretty sure the middle was a cup of liquid melted dark chocolate — which is this chocoholics dream. I had to restrain myself and not eat too much or I would have been sick. It was so good!

The drive back to DC was painless and nice — it’s hard to believe how close Annapolis actually is without traffic! 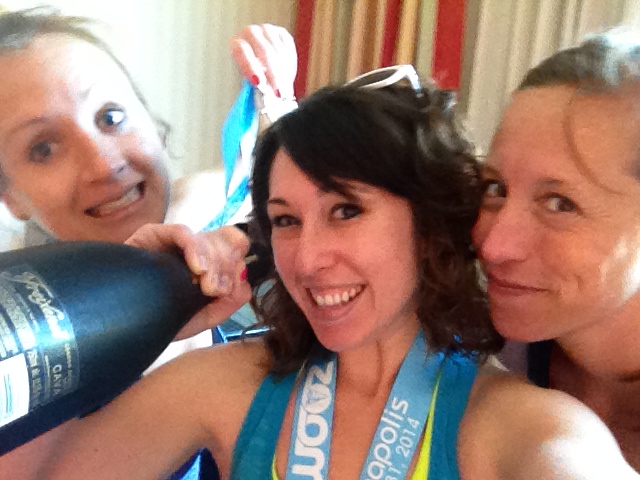