My Back Injury Story Part I 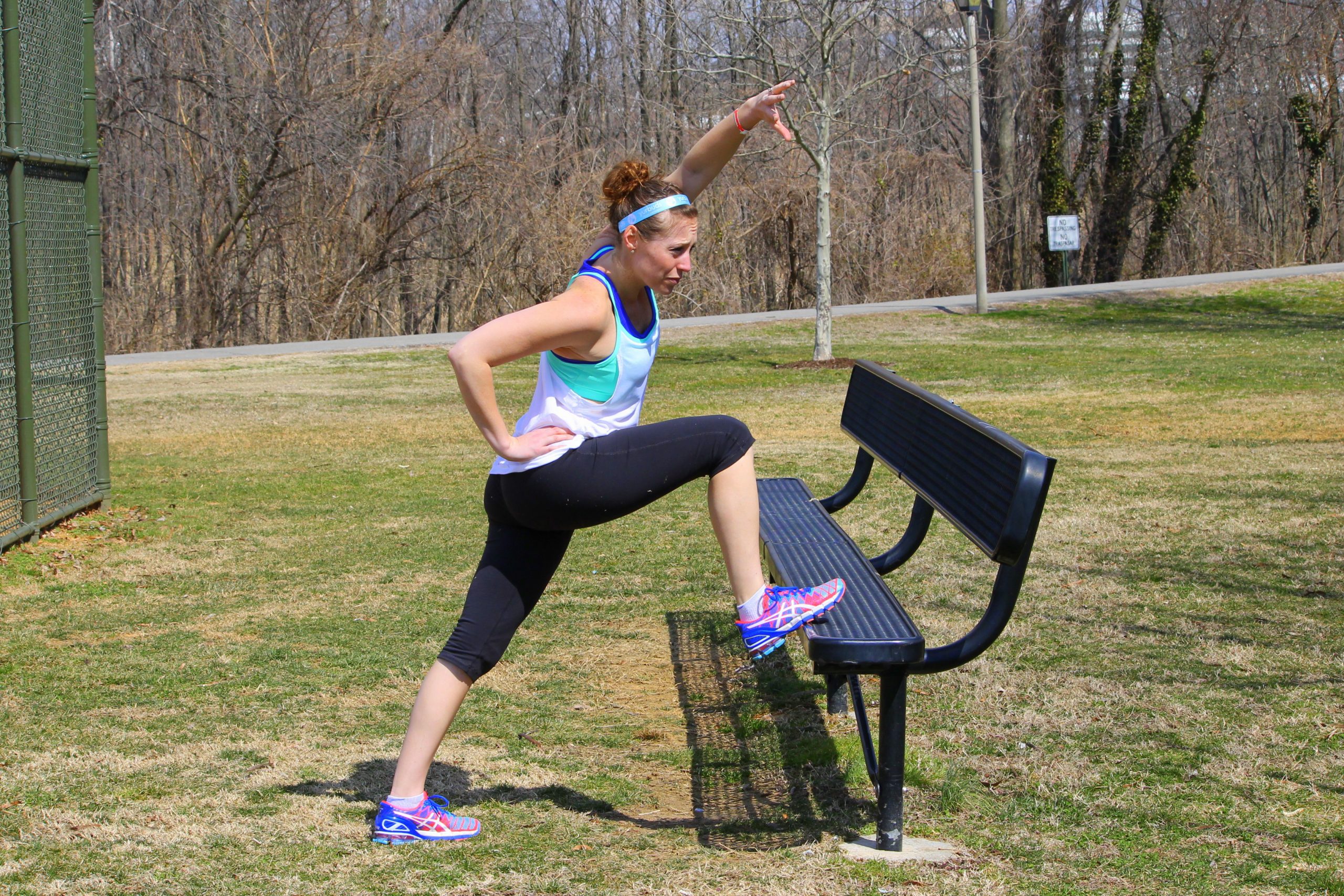 Completing one of the stretching exercises that helped relieve the pain on my left side.

I’m going to tell you a story about an injury — and I’ll begin with the moral of this story, which is: Treat your injury like it’s the best job you will ever have. Devote yourself to fixing the problem and do NOT aggravate it by continuing to run or train when you need rest, therapy and recovery! I did not do this and here is my injury story — perhaps you can learn something.

*One note on this story: According to my doctor, this back problem — a herniated disc — was my genetic destiny.  Neither running or CrossFitting were the cause.

My back had been feeling a little off. Then, I flipped a heavy tire — using tired, bad form — at CrossFit and things really went sour. I figured it would go away. I took a couple days off, having felt my back hurt before (I have a history of it, not just with CF) and recovering within that time frame.

I came back and it still hurt so I modified. This was concerning but I stretched, iced and took another couple of days. By the time I came back the next week, I realized something was really wrong.

I ran a 5k in pain then hit up the Saturday CF class and almost fell over trying to do overhead squats. In fact, after that I couldn’t even do a body weight squat because of the pain. I knew I had to do something and I wasn’t happy about it.

I went to the chiropractor that had helped fix my back in 2009 — and he assured me he thought things would improve within a few months. Unfortunately, I was very stubborn and decided I wanted to continue training for my marathon that fall.

I said I would stop running after the marathon. Running, after all, didn’t hurt while I was doing it and weight lifting was another story. I continued running — even 20-mile training runs — always feeling the pain at night, icing it and moving on.

I had to quit CrossFt in September because of the back but was still running in late October. I hated not being able to attend CF and every time I passed Trident in the car, I would look longingly at the box. The thing that I loved even more than running wasn’t an option — but neither was sitting still.

In the meantime, I volunteered at DC Superfit and continued to support my fellow CrossFitters in their endeavors.

The Marathon Is Out

A week out from the Richmond Marathon, my back took a turn for the worse. It was apparent – four days before go-time — that I would not be running the marathon. All the recovery time I sacrificed for the marathon were in vain and now I would only be spectating. I was crushed. I had just spectated d the Marine Corps Marathon — after having run it for the past three years — and was itching to get out there with the runners.

At this point, I was going to stop playing around and fully commit to recovering. No more running whatsoever, hardcore physical therapy and only swimming would do. I watched my friend Maggie run Richmond as I hobbled along the sidelines. I was supposed to be getting better but a few weeks later, my left leg went numb and I could no longer sit down without pain.

The Pain Gets Worse

We had a 9-hour drive to Indiana for Christmas, which I endured only by arranging my leg in an odd, twisted position that cut off feeling the way I sat on it. Not fun.

While in Indiana, I had an emergency session with a doctor, who put me on a stretching machine, had be do an inversion table daily and and prescribed some medication. Nothing worked. Next up? A 9-hour drive back to DC and another very uncomfortable seating arrangement. When I got home, I stood up in the back of the church service and at the movies. I changed to a stand up desk at work and felt helpless.

But, hope was just around the corner. Come back soon for When Injury Strikes Part II.