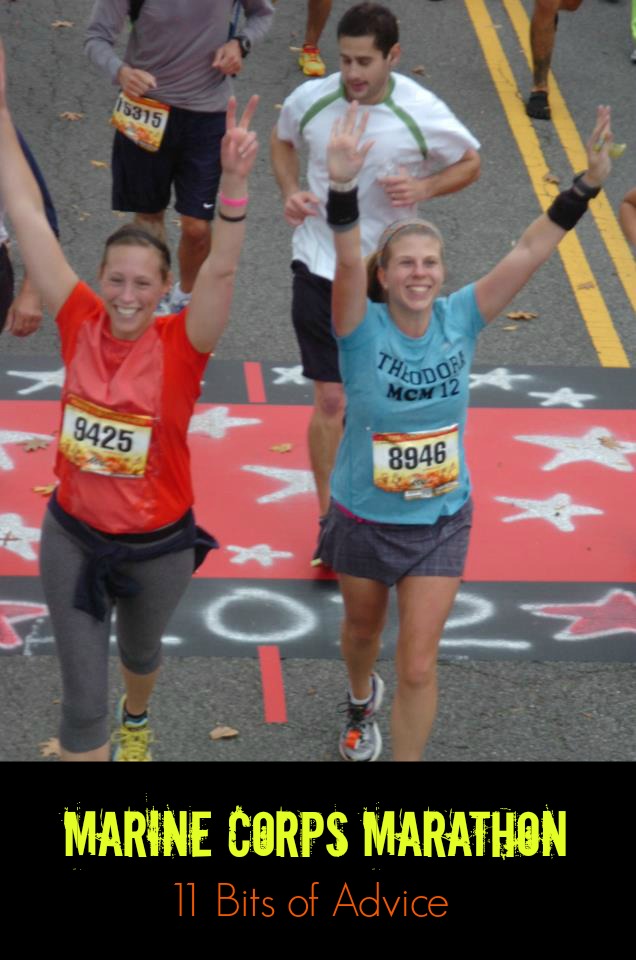 This year will be my fifth Marine Corps Marathon. Hard to believe! When I moved to DC in 2006, I thought about the fact that there was a marathon in the city. In 2007, I almost signed up on a whim (that would have been an awful idea.) Come 2008, I thought I might actually do this thing. I kind of trained and ended up crossing the finish line.

So I know a little about this marathon, considering this is #5 and this is my city!

1. Hotel. Well, hopefully you already have this taken care of — but be sure to get a hotel by a metro stop. The Rosslyn or Clarendon area is best but you don’t want to worry about getting to the starting line and the metro begins super early on race day.

2. Expo. This is not an easy expo…you want to get there in plenty of time, as you may have to stand in line for a bit. It’s got a LOT of vendors and plenty of samples. It’s a fun expo but don’t stress yourself out by being rushed.

3. Metro Stop. On race morning, people get confused about where to get off the metro. You can get off at Pentagon or Rossyln. You will likely have to walk half a mile to a mile to find the starting line. You can get off at either stop so don’t freak out! People will be there to direct you where you need to go.

4. Get There Early. This is a BIG marathon and finding the starting line is not easy. DO give yourself plenty of time. If the race starts at 8, I’d plan on getting there at 6:30am just to be safe. You can run into metro issues or something so plan ahead.

5. Bag Drop. Bag drop is usually not by the starting line. Trust me — my second time running MCM, I was sprinting to bag drop and back to the starting line before the race — in tears. I can’t explain where bag drop is so get there EARLY and ask someone.

6. Extra Clothes. This is common sense but bring extra throw away clothes. It can be really chilly in the morning but when the sun comes out later, it can get hot. I don’t know how the weather will be on race day but trust me on this…I’ve started with gloves, a hat and arm sleeves and ended up in just a tank top.

7. The Hill. There is a big hill within the first 6-7 miles (can’t remember exactly) and it sucks but its one of the only major hills in the whole race. Just take it slow and get over it.

8. Lonely Miles. For some reason, around mile 23-24, near the Pentagon parking lot, there are very few spectators. You feel a bit like a lone wolf at that point and the few people that are sitting there aren’t very cheerful. I don’t get it but be prepared to be underwhelmed at that point!

9. Getting to the Finish Line. If you haven’t heard yet, the last .1 or so of the marathon is totally uphill. Like bad news uphill but the upside is, you feel like an Olympic champion because the crowds are amazing. So gather up all you have and RUN up that hill to the finish line, where a Marine is waiting to give you a medal!

10. Finish Area. They don’t let you loiter in the finish area and it’s nearly impossible to find anyone. If you’re smart, you’ll run with your phone so you can get in touch with people. They definitely keep you moving though and should have plenty of post-race fuel for you (though if you’re like me, you’ll feel nauseous.) 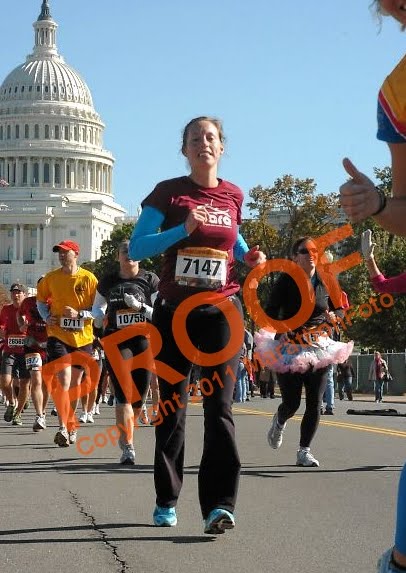 BONUS TIP: Don’t forget to stop and look around! There are some beautiful, historic sights to see on this run and you don’t want to miss them. You might even consider not wearing your headphones for a bit 😉 Honestly, it’s a whole different feeling when you take off the headphones so think about it! 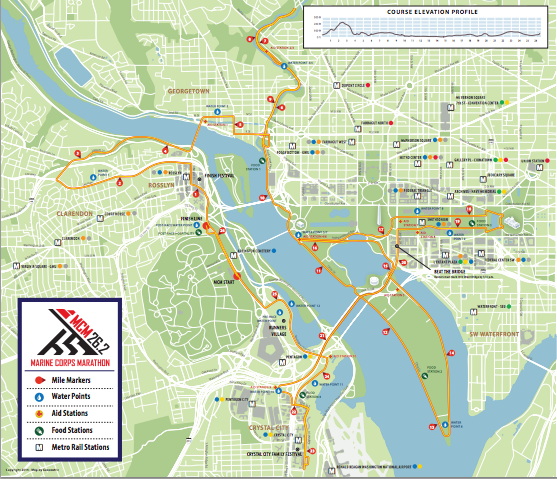 *More details about the marathon here!