There have been a few things I’ve wanted to comment on but wasn’t sure about creating full posts on them so I’m looping them all together in this one post and would love to get your feedback in the comments if you have any!

Another person made the point that many of the jobs female Marines do in the military don’t actually require that kind of strength. He also pointed out that female police officers and fire fighters often have to do equal or more strenuous jobs — and they do not have the pull-up requirement. Am I wrong on that?

My final thought? Ladies, work your butts off to get those three pull-ups if you want to be in the Marines. Once the rules or made, it doesn’t matter what’s fair. You can do it, ladies!

2. Jennifer Lawrence Body Shames More Than You Might Think
J-law has been outspoken about her opposition to losing weight for a role. One blogger took Jen to task for having the privilege to say things like “If anybody even tries to whisper the word ‘diet,’ I’m like, “You can go f- yourself.” Yes, she can say things like that (and talk about how much she loves eating, etc.) because she’s actually got a great body, even though it may not be as stick thin as some celebrities.

The blogger doesn’t say there’s something wrong with Jen’s comments, just remarked on the irony that someone overweight — like Melissa McCarthy — could never talk about the fatty foods she loves to eat, shed just be criticized for promoting obesity.

My final thought? It’s important for J-law fans to know that she doesn’t remain svelte and healthy by eating 24-7 — or eating a bunch of junk. No doubt she eats rather healthfully, maintaining a good caloric balance and working out regularly. That’s the reality.

3. MSNBC’s Odd Reaction to Pictures of Romney’s Adopted Black Grandchild
It’s nearly unbelievable that a TV news show would take aim at such a beautiful and innocent situation as this. Adoption is SUCH a wonderful, under-celebrated act of love in this country. It’s clear the host intended on making a mockery of this little baby is growing up in a white family.

I guess she thought it was okay to joke about since anything about a former Presidential candidate is fair game? I disagree. She’s since apologized but I remain shocked an intelligent person with her own show on a major TV network would deliberately choose to make this kid a target simply because she doesn’t like his grandfather’s politics.

My final thought? Report the news and stop creating divisions where they don’t exist. We’ve got enough of those already.

Did any of these controversies hit your universe this week? What do you think? Please keep comments courteous.
« Ringing in 2014 With Sweet Surprises!
From Blogger to WordPress: New & Improved »

Comparison is the thief of joy. We've all heard it … END_OF_DOCUMENT_TOKEN_TO_BE_REPLACED

"All this will not be finished in the first 100 … END_OF_DOCUMENT_TOKEN_TO_BE_REPLACED

I was fresh out of books and went searching the … END_OF_DOCUMENT_TOKEN_TO_BE_REPLACED 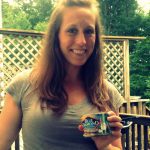 When I saw these, I knew I had to make them! I … END_OF_DOCUMENT_TOKEN_TO_BE_REPLACED

You know you started your morning off right when … END_OF_DOCUMENT_TOKEN_TO_BE_REPLACED 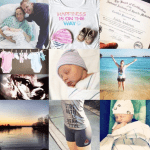 Yesterday morning I worked out for the first time … END_OF_DOCUMENT_TOKEN_TO_BE_REPLACED 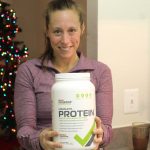