I’ve been wanting to try a Camelbak for at least a year now. I used to think they looked heavy and annoying but I’m SO tired of running with the water belt and I hate holding water bottles when I run. So, when I lost one of my mini-water bottles, I figured it was time to lay down $50 and try out a Camelbak for running (this was actually $58).

I had seen Theodora, Ashley and Anne use them in running a lot so I figured they couldn’t be that bad! I got one size up from the mini-version from Sports Authority. If I’m running with one of these things, I might as well have all the water I need, right?

Short verdict: Loved it. I barely noticed it when I was running. I was listening to music but I know you could hear the water sloshing. I don’t think that would bother me too much. Plusses:

The one thing that was negative was just that I will need more water on like a 20-miler if I can’t find any other water stops. I did almost 10 miles yesterday and drank every bit of the water. I was running at noon on the sun so that’s a big part of it but I would be worried on a 20-miler without planned water stops.

Lastly — I have totally lost my running mojo. I know it was really hot when I ran but it felt so hard. Other than the half-marathon I did a couple of months ago, this is the farthest I’ve run since the Rehoboth Beach marathon!

Oh running — my long lost love! I’m going to blame it on the heat but it made me realllly nervous about signing up for the Richmond Marathon. Well, I’ll have more on that in a coming post.

The 4th of July

Yes, I did a couple of other things on the 4th of July! For one thing, my parents were in town! They drove their RV camper from Indiana and stayed at Cherry Hill campground in Maryland.

They came into to DC on Wednesday and we had lunch, then headed to my apartment for a bit. I then took them back to the campgrounds and hung out, cooked some food on the grill before heading home.

Thursday, I woke up, worked on my media kit, went running and then Rick and I drove out to Cherry Hill to spend the day with them.

It was HOT and humid but perfect for the 4th of July. You should see some of the campers out here — some of them are worth more than $200,000. It’s insane! My parents definitely had one of the smallest ones in the park — but still is pretty cool. I like the idea of having one but not sure that it would really me my thing.

Anyway, we ended up going to Buffalo Wild Wings for an early dinner — which was fine by me because I love wings. I hardly ever eat them because they make my stomach hurt but I just went for it anyway.

A few more pix of the day...my Dad always has wild and crazy hair if he’s taken a nap and that’s a classic grin for sure. Then, I had to get a pretty shot of my Mom’s Bahama Mama at BWW just cause and I tried my first Suja juice — and Rick and I!

I was on the hunt for a bottled veggie juice that I didn’t have to fresh squeeze all the time. I stopped at Whole Foods and found this Suja juice. Looks great though I can’t believe I paid $6.99 for this bottle. It seems insane! I got two of them and drank one so far — pretty good, just wish I could justify buying one everyday!

Anyway, it was a great day. We ended it with a big bowl of chocolate ice cream and watching reruns of Jon Stewart 🙂

How was your 4th of July? My work gave us Friday off — how about you? Have you ever tried Suja? Do you ever run with a Camelbak?
« Media Kit
The Will for Your Win »

Mornings are glorious to me. Early ones, with … END_OF_DOCUMENT_TOKEN_TO_BE_REPLACED 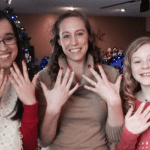 The holidays are joyous -- and stressful. For me, … END_OF_DOCUMENT_TOKEN_TO_BE_REPLACED

*Disclosure: This post was sponsored by Jimmy Dean … END_OF_DOCUMENT_TOKEN_TO_BE_REPLACED

Tonight, I went to the gym after work for Total … END_OF_DOCUMENT_TOKEN_TO_BE_REPLACED

I've discovered something. My inspiration has … END_OF_DOCUMENT_TOKEN_TO_BE_REPLACED

*This post is sponsored by Vocalpoint and DICK’s … END_OF_DOCUMENT_TOKEN_TO_BE_REPLACED 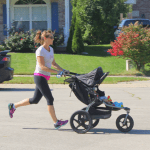 The top response I get when I tell someone, "you … END_OF_DOCUMENT_TOKEN_TO_BE_REPLACED

I've made an executive decision: I'm not running … END_OF_DOCUMENT_TOKEN_TO_BE_REPLACED