Ahh, strangers from the Internet. Most of you reading this — are just that. But, you are my people and I’m so glad!

Yesterday, I read about 94-year-old Muriel, a prolific tweeter with over 25,000 followers (h/t Danielle!). She goes by the handle @QuiltingMuriel and she’s my favorite find this week. She’s obviously one of those spirited, vivacious people that lives life to the fullest — even at such an old age. That’s just how I want to be! Here are a few of her awesome tweets:

Twitter has broken the barriers of social engagement and made us all accessible — it’s made us community instead of confining us to a certain location, career or life situation. We’re not just citizens of our hometowns anymore — we’re residents of the Internet, defenders of our brother’s cause across the country, around the world.

I’m a full-fledged social media believer. I believe in the power of Twitter. I love personality of Facebook. I believe in the friendships that develop, the information spread, the personal connections made. I enjoy the uniqueness of Instagram, which is distinctly different than Pinterest or Facebook. Every social medium is its own animal and for me, that’s part of the fun.

I’ve met my favorite runners, made new IRL friends, expanded my career, created a brand for myself and found a way to share the things that are important to me with thousands and thousands of people — literally.

I got to thinking about it this week, when Boston happened. I knew several people running Boston — but I didn’t really know them. We’ve never met, some of them I forget their first names because we’re on Twitter handle basis — RunWiki, SkinnyRunner, HealthyHungryHappy and more.

Where were they? I can’t text them. I don’t know their husbands. I don’t even have their email addresses. I read their blogs. I tweet them. But I know them by their words, their photos, their excitement, their love of running. And I hoped they were all okay. Whether they know it or not, they are part of my online community and like a good neighbor, I wanted to be sure they were safe.

It’s a weird world we live in — this social media universe where friends are still kind of strangers. But I still like it. I still like it knowing that if I met up with any of these “friends” for coffee, it’d wouldn’t be like talking to someone I have never met. It would be like catching up on our lives — because I already know their dog’s name, their struggle with infertility, or their latest marathon PR.

I have met with many “strangers from the Internet” and it’s always been delightful. Usually, these are ladies I have a lot in common with, who I never would have met otherwise. That’s why I love blogger conferences, meetups and twitterchats. I’m social online and offline and I relish the opportunities social media has given me in this regard.

Thanks to you for being my community — even though we may have never met.

Have you made good friends from the Internet? Do you have friends you’ve never met but still check in with regularly? Have you ever considered these things?
« Gymtime Mid-day Workout
This Awful Week »

Me, Grandpa, Grandma (when she was sick one of the … END_OF_DOCUMENT_TOKEN_TO_BE_REPLACED

Today, I want to tell you a little bit about my … END_OF_DOCUMENT_TOKEN_TO_BE_REPLACED 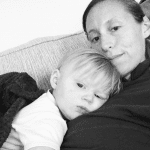 I had heard horror stories about how hard it was … END_OF_DOCUMENT_TOKEN_TO_BE_REPLACED

36.5 weeks pregnant - not sure the distance, but I … END_OF_DOCUMENT_TOKEN_TO_BE_REPLACED 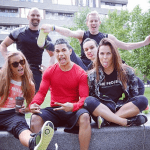 When I heard the term "immersive fitness," I was … END_OF_DOCUMENT_TOKEN_TO_BE_REPLACED 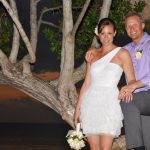