WOW! So, yesterday was an epic day.

I ran the best marathon of my life, the storm stayed away and I never wanted to die the whole race!

It’s hard to know where to begin so I’ll just jump in. And thank you so everyone who sent me support via Twitter, Facebook, Instagram, blog comments and more. Your support over the past few months has been so amazing and encouraging!

Really, it all comes down to this:

The night before the marathon, I wasn’t feeling all that awesome. Rick took me out to dinner at Socci, where I ordered plain pasta with marinara and a caprese salad. By the end of dinner, my stomach hurt and my eyes were closing. I prayed the stomach thing would go away and went to bed at 8:45pm.

I awoke around 4am and was pretty much up at that point. I had a 100% whole wheat bagel with almond butter and honey, half a glass of water and a teensy bit of coffee.

I had been chugging water like crazy the past two days but did not want much liquid on race morning as stopping to pee during the race was NOT on my agenda.

I had my outfit picked out, which included:

I felt nervous all morning. Like, could I really pull this off? I kept praying it would NOT rain and kill this whole dream. Rick drove me the metro at 5:30am and I joined a ton of other runners on their way to the site. I wanted plenty of time to find the bag check, my spot, friends — and just not be rushed. No problemo.

I had to walk at least 1.5 miles to get to bag check (annoying!), then I hung out there sitting down and stretching for a bit. I tried to find a few friends but we were all scattered. Eventually I made my way to the starting corrals as time got closer. There, I met up with Theodora — we had planned to start together since we had the same goal — Sub-4 time.

We met up with about 10 minutes before go-time and I was really glad to finally have a friend to talk to! I had no idea how long we would stay together but planned to just go with the flow. As the gun went off, we had at least a minute before we actually crossed the start line and then, we were off.

I did not feel like I was running a marathon at first. I just felt like we were on a fun, long run together. Even though last year I ran the first half of MCM with my Mom, she’s not much of a talker. Theodora and I just started chatting it up. The funny thing is, I have “known” her since 2008 but we’ve actually only met one other time. But, since we read one another’s blogs it’s like we knew each other already really.

We were going on pace to beat 4 hours keeping up with things on Theodora’s watch. Having never run with a watch or really watched my pace closely  before, I realized how nice it was to have that! (I am definitely getting a watch before Philly!)

To be honest, the miles kind of flew by for me. I kept expecting to start feeling fatigued but I didn’t. As always, I absolutely loved heading through Georgetown. First, you get to see the runners in the lead pass by you on the other side. Then, you have one of the absolute best marathon crowds you’ll find anywhere cheering you on. It’s like you are floating through that area thinking “this is why I run marathons!”

Pacing Our Way Through

I always look forward to the 13 mile marker. Things really seem do-able at that point but really it’s when things get harder. We kept pace. Because we were running on track to beat 4 hours with an evenly run marathon, I knew I had to keep up this half. I would have to run a dead even marathon if I wanted to do what I wanted to do. To me, that meant, I actually needed to run a faster second half because I didn’t want to take chances of barely missing sub-4.

As we hit miles 15, 16, 17 — I couldn’t believe how great I felt. I was happily running at our appropriate pace and thought…wow, if I feel like this at mile 22, I will pick it up hardcore. I had an urge to pick it up earlier but knew that could be my demise. If I kept steady now, I could shave off a few minutes and have sub-4 in the bag.

Finding Friends Cheering You On Is Awesome!

I was looking forward to mile 18, where I had friends waiting to cheer me on. Those moments are so sweet! I saw Maggie and kept on. Then, I saw one of my Back on My Feet guys, Orlando. He was having a blast cheering runners on the side, just by himself. When I saw him, I yelled — Orlando! He was so excited to see me and his joy was contagious! He started running along with us for a bit and were chatting it up. His enthusiasm definitely gave me the strength to keep on. Plus, I was running the race in honor of Back on My Feet (I raised money for them).

As we got closer to 20, I told Theodora, this is a piece of cake, a measly old 10k, we’ve got this! We needed to give ourselves a pep talk at that point anyhow so I talked about how great it would feel to tweet and Facebook and blog about running sub-4. I talked about how awesome it would be to look back on this race and how we wouldn’t remember the hard parts, just that we pushed through!

Kicking It Into High Gear

Around mile 21, I still felt decent and decided it was time to pick it up. I said goodbye to Theodora and pushed it. Then things got hard. I was okay for the first mile or so but after that, it was hard hard hard. I had no idea of my pace anymore and just kept passing people if I could. Then I started hitting the moments where my legs did not want to go fast anymore. I wanted to walk but I said no.

I couldn’t believe how close I was to the finish but 3-4 miles is a long way at the end of a marathon. If there was a downhill slope at all, I picked it up. Any trace of uphill was tortuorous but I never walked or even considered it. Since I was in this pace group, pretty much no one was walking. I think we were all trying to break 4.

Crystal City was not as bad as last year but it still felt like it took forever. I was dying for some water when I came across some people with beer. Uhh, I felt nauseous, I just needed water. I took my last Gu and it was rough. It ws my fourth one and I did not want to swallow it but I knew I needed something. So I gulped it down and tried not to gag. Finally I got some water and felt better. The whole race, my stomach been threatning to revolt but I ignored it and hope it would stay at bay.

All through these last miles, I would say out loud, “Run strong, finish strong.” At mile 23, I remember saying, “you got this.” I also had on my Saucony bracelet and was mentally telling myself, “find your strong.” I remembered to “embrace the suck” and “be willing to hurt” as my sister says. In all honesty, I felt like I maybe could have pushed hard those last few miles. I know I COULD have but I also know I pushed harder than I ever have before so it was still an accomplishment.

As we hit the mile 25 marker, the clock said 3:47. I thought, if I keep this pace, I will make it. But I can’t slow down, just in case. I knew I had a minute to spare because of crossing the starting line late too. The mile 26 marker took forever to arrive! But still, I could not believe how quickly the marathon went for me. When we hit 26, I was struggling but was like, “here we go, you got it!”

The dreaded hill came into view and I geared myself up it. I couldn’t sprint, it was absolutely impossible. As I got close, I heard the announcer saying it was almost at 4 hours and we could make it. They began a 4-hour countdown. Though I knew I was safely within chip time, I still wanted to make it before the clock hit 4 just for the fun of it. I sped up and crossed the finish line at 3:59:55.

Then I slowed and could barely walk. Ha ha. Within seconds, I got a text from my sister saying “You did it!” She told me my official time was 3:58 — and I ran a negative split! I was ecstatic. Though I felt sick and weak, I couldn’t stop smiling! I shook every Marines hand and told them thank you for being there. I got my medal and walked around in a daze.

I had to call Mom right away, she was really excited for me and it was awesome talking to her. I just wished she could have been there! My sister immediately tweeted and Facebooked some awesome congrats and that felt good. Then I ran into Rebeccah, who had run her first marathon in 3:54 (and she stopped twice to pee, impressive!).

Every marathon, you learn something. When I started yesterday, I had a lot on my mind — stuff that was bugging me. I thought, I don’t think I can run this race well feeling so preoccupied. Wrong. Running bring such freedom, especially when you are focused on a goal.

So many people say, don’t worry, trust your training.  And I did. I knew I had trained better than ever before and that I had it in my capacity to meet my goal. When it got hard, I remembered how I had felt like this before and planned to crush the feelings of weakness.

Truly, the whole thing went so fast, I can hardly believe I ran a whole marathon. MCM is a wonderful race jam packed the most amazing spectators in the world. The best signs, the most enthusiasm and full of the will for you to go on.

Today I sit here with an entirely happy, sore body. My back, arms, abs, chest and legs (of course) are sore but man it hurts so good. I’ve had my eye on running sub-4 for over 2 years now. It feels amazing to work so hard and actually accomplish that goal. I will never forget it.

So that's a fun photo, right? It doesn't exactly … END_OF_DOCUMENT_TOKEN_TO_BE_REPLACED

"Religion that God our Father accepts as pure and … END_OF_DOCUMENT_TOKEN_TO_BE_REPLACED 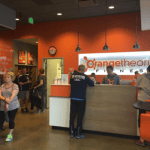 *This post is NOT sponsored, I just wanted to tell … END_OF_DOCUMENT_TOKEN_TO_BE_REPLACED

TODAY only: 30% OFF Reebok.com purchases with … END_OF_DOCUMENT_TOKEN_TO_BE_REPLACED

Hi, I’m Heather!  I blog over at Happily … END_OF_DOCUMENT_TOKEN_TO_BE_REPLACED 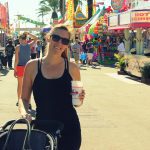 Thanks to everyone who showed interested in the … END_OF_DOCUMENT_TOKEN_TO_BE_REPLACED

Me, Grandpa, Grandma (when she was sick one of the … END_OF_DOCUMENT_TOKEN_TO_BE_REPLACED