This weekend, I ran my second half-marathon ever! It’s weird because I’ve run 5 marathons and only two half-marathons now but…I guess I am normally going big or going home.

Saturday, I had no real set goals or expectations other than come in under 2 hours — which didn’t seem like that lofty of a goal. But, I didn’t want to overestimate myself considering I hadn’t mentally or physically prepared nearly as much as I could have.

I was so pumped that I knew so many people running, that it was St. Patricks Day and that the weather turned out to be rather perfect! It was green overload but it was fun.

Also, I was decked out in my brand new Mizuno running gear so I’m pretty sure I looked cooler than normal 🙂 Head to toe in one matching brand? Yes! My 3/4 running pants were the perfect fit and I loved the zipper pocket in the back so I could stash my mini-Clif bar.

My jacket was nice for waiting around in the morning and during the first two miles but the great thing is — it was light weight enough to tie around my waist without being annoying for the rest of the race. Plus, afterward the zipper pocket let me stash a few extra Snickers Protein Bars from the post-race festivities! As always, was in love with my Wave Runner shoes!

I filmed this video pre-race so we could talk about our expectations. It ended up being a little silly but…and, btw, anyone know how to rotate this?! I turned my iphone sideways so it wouldn’t be just the vertical thin video but it didn’t work as planned. Either way, I wanted to share:

I began the race with my friend Amy, who I met last year during my stint with the Arlington Road Runners. We are usually about the same pace and spent the first 7 or so miles together. I kept feeling the need to kick it up a notch so I ended up doing that and proceeded to hold on till the end.

It’s funny because I don’t remember mile to mile very well because by 13, I couldn’t believe it was over. I felt like I should have more to go, since it felt like marathon time. I know that I was pushing myself though — and that it was hard. I repeated my mantras, “pain is only temporary” and I imagined all my body’s energy and breathing going straight to my legs. I remembered to lean forward and tried not to give any energy to my arms or upper body.

The last few miles I felt pretty nauseous. My stomach had been acting up since Mile 1 and it wasn’t improving. But, I kept on and reminded myself it would be over soon. At one point, I thought I had pushed myself too hard but then regained a spurt of energy and moved along. It definitely felt great to cross the finish line but nowhere near the glory of a whole marathon.

They had the marathon start at the same time as the half-marathon so at some point near the end, there were signs for marathoners to veer off to the right. Let me tell you, I was NOT envious of those folks! Running a full sounded like pure misery at that point.

I gotta say one of the best parts of the race was afterward, when I got to stand right next to the finish line and watch as the full marathoners crossed by. I shot this video of the winner, Michael Wardian, coming through for his sixth consecutive win in this marathon in 2:26:35 (formerly called the National Marathon.)

The female winner, Meghan Bishop,came in at 3:01:40 and it was her first marathon! I watched her come in, cool as a cucumber. Watching people come in the last .1 miles was incredibly fun and inspiring. I know that feeling, that so-close-to-the-finish-line-I-can-touch-it feeling. It’s amazing.

*See a great video of the race put together by Competitor here. It was not embeddable.

There was particular case that stuck out. A man literally couldn’t walk and two guys grabbed his arms and literally dragged him to the finish line with his legs barely keeping up beneath them. He crossed the line and promptly passed out (I’m fairly sure.) It was quite a sight but truly exemplified the idea of “never give up.”

I watched people come in for about 2 hours, screaming for them till my throat hurt. some ran their hearts out in the last stretch, others barely made it to the line, walking, limping, nearly crawling. But — they did it! I felt their joy and pain with them. Spectating is a great thing!

Overall, I felt great about the race, knowing I gave it almost as much as I could have.
Today, my legs feel sore but in a good way and I will probably sign up for another half soon. Plus, my finish time proved to me that I have it in me to reach my marathon time goal as well.

*Note: I didn't intend for this to turn into a … END_OF_DOCUMENT_TOKEN_TO_BE_REPLACED 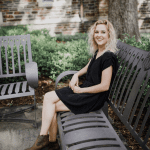 Charlotte Pence has an attitude few can match. … END_OF_DOCUMENT_TOKEN_TO_BE_REPLACED 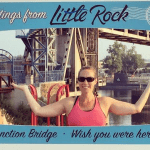 This weekend, we did a little traveling. Love … END_OF_DOCUMENT_TOKEN_TO_BE_REPLACED

Christians and alcohol: What to say? Should … END_OF_DOCUMENT_TOKEN_TO_BE_REPLACED

Thanksgiving 2013 was the first of it's kind for … END_OF_DOCUMENT_TOKEN_TO_BE_REPLACED

Watching the planes come into Reagan is a pretty … END_OF_DOCUMENT_TOKEN_TO_BE_REPLACED 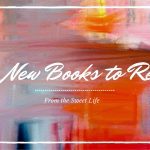 The Nightingale by Kristin Hannah No matter how … END_OF_DOCUMENT_TOKEN_TO_BE_REPLACED