Valentines Day — the holiday I basically never got to celebrate until last year. Each year came and went — usually with me having dinner with girlfriends or eating ice cream on the couch (which I do three nights a week anyway…) but it is nice to have a Valentine for the second year in a row 🙂

Girls that have gotten flowers their entire lives or always had boyfriends can’t appreciate it like me. Until I met Rick, no man had ever gotten me flowers believe it or not. But that makes things more special for the two of us. I waited a long time to be treated right so it’s all good.

I had been talking about going to a restaurant in Alexandria — Overwood — for months so I was pleasantly surprised when Rick said he had made reservations nearly a week in advance. I was pretty impressed, actually! Also, excited to try a new restaurant that I’d heard good thing about.

I liked the atmosphere of the restaurant — very open, uncrowded and bright. Last year, we ended up at some restaurant where our tables were butted up against three other couples. Real conservation was out of the question! This year, there was plenty of space and I liked that the server didn’t rush us to order.

I am so indecisive to choosing what to order was difficult! I was wavering between a New York Strip, a Buffalo Chicken Salad, Spinach & Ricotta Ravioli and Crab Cakes. The crab cakes won and for some reason I was craving salty french fries like nothing else!

Rick ordered the Cajun spiced Ribeye, which also sounded amazing. I am not a picky eater so everything always sounds good. However, my crab cakes and fries were amazing and I ate every single bit of it! I had purposely worked out before dinner so I would feel energized and hungry!

We also had a bottle of half price cheapo wine. It was only $14 for this whole bottle but we really didn’t drink much. We’ve both cut back on drinking a lot lately and I just wasn’t feeling it. But the cheap wine paired with a $12 off coupon made for a not-too-expensive Valentines Day dinner. Now that we don’t go out to nicer restaurants very often, it’s a lot more special when we do. Love appreciating things, don’t you?

All in all, it was a nice night out and breaking up the week with something different was a plus. 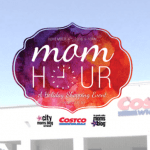 *This post is sponsored by Costco and Premier … END_OF_DOCUMENT_TOKEN_TO_BE_REPLACED 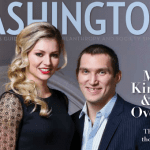 *Why are those people (engaged couple and athletic … END_OF_DOCUMENT_TOKEN_TO_BE_REPLACED

This chick from from "Autostraddle" does a number … END_OF_DOCUMENT_TOKEN_TO_BE_REPLACED

The day I started this podcast, I knew I'd … END_OF_DOCUMENT_TOKEN_TO_BE_REPLACED

*Teensy pet peeve: I shelled out $85 for all of my … END_OF_DOCUMENT_TOKEN_TO_BE_REPLACED 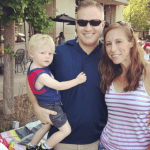 Hello friends! It's so nice to be back in Indiana … END_OF_DOCUMENT_TOKEN_TO_BE_REPLACED 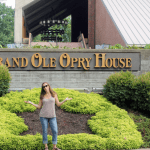 I've been to Nashville a handful of times but … END_OF_DOCUMENT_TOKEN_TO_BE_REPLACED 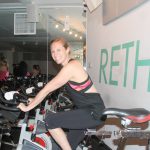 What You Missed:  Running Is Hard WATCH: … END_OF_DOCUMENT_TOKEN_TO_BE_REPLACED