Last night, I watched Eat, Pray, Love for the second time. Of course, I’ve read the book twice as well 🙂 And, of course, like every other girl I know, I loved the book.

But, the book is more of a dream than anything. Because, who has the money to uproot their life and move around the world for a year with no income? I think Gilbert got a book deal before she went — how lovely — they left that part out of the movie. I think the movie gave too many women “travel lust” and made us jealous.

Plus, the heartbreak is nearly unbearable. I don’t know that I think its okay to just leave your marriage the way Liz did. Like her husband said in the movie, “I took vows.” Don’t vows mean something? If the don’t mean something when you don’t “feel” something or “want” something anymore, what do they mean at all? I’m not really judging her because I’m not her. I don’t know how she felt. But, thinking about it in the abstract, vows have lost their toughness these days with the 50% divorce rate. It’s scary. It makes you think someone could just one day become unhappy and leave you.

I’m not married but I’m guessing there are times in everyone’s marriage where they wake up and think…I’m not happy, I’m not fulfilled, something is missing. I would argue that those are the times you have to work through. In Liz’s life, her ex-husband wanted to keep her desperately and said he would do whatever it took to make it work. But, she denied him that opportunity to find fulfillment alone. Was she wrong? Maybe. As I get closer to marriage, I think about these things. And I would hope that my spouse would push through the hard feelings and stick to his vows and the love we pledged to one another until death do us part.

Me (in purple) running the North  Face … END_OF_DOCUMENT_TOKEN_TO_BE_REPLACED

Today's episode of "Worth Your Time" is a real … END_OF_DOCUMENT_TOKEN_TO_BE_REPLACED 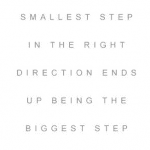 Good morning, friends. My blogging is so sporadic … END_OF_DOCUMENT_TOKEN_TO_BE_REPLACED

I have a serious problem. Well, two serious … END_OF_DOCUMENT_TOKEN_TO_BE_REPLACED 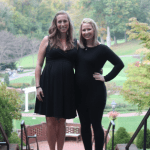 Doesn't every girl want to get pregnant with their … END_OF_DOCUMENT_TOKEN_TO_BE_REPLACED

I've got something special for you today -- from … END_OF_DOCUMENT_TOKEN_TO_BE_REPLACED