Claire Culwell is an abortion survivor. She was adopted as a baby and grew up with an incredible, loving family. As an adult, she was inspired to find her birth mother. Soon after that meeting, her birth mother revealed something shocking: she had nearly been aborted.

Pregnant at 13, Claire’s mother was unknowingly carrying twins. When she had an abortion, the procedure took the life of only one baby. In this episode, you’ll hear for the child that survived.

In her new book, “Survivor: An Abortion Survivor’s Surprising Story of Choosing Forgiveness and Finding Redemption,” Claire tells her beautiful story. I was lucky enough to be able to write a review of this book for Christianity Today this month as well! An excerpt:

“The most powerful stories are those that bring the hypothetical to life. In 1989, a reported 1,396,658 abortions took place within the United States. Claire Culwell may have been the only infant who survived the procedure that year. Her twin wasn’t so fortunate.

The Abortion Survivors Network reports only 365 documented cases of abortion survival in American history, though more survivors almost certainly exist. Like Culwell, many of them have grown up unaware of how they entered the world.

In her memoir, Survivor: An Abortion Survivor’s Surprising Story of Choosing Forgiveness and Finding Redemption, Culwell recounts her idyllic childhood spent in a loving adoptive family. As a young woman, she became interested in finding her biological mother, a search that would drastically change her life.”

I absolutely loved speaking with Claire and I don’t think you’ll find anyone with a more beautiful heart. Her grace and perspective on her life and her birth mom are to be admired. I hope you enjoy this episode.

Homemade pizza has seriously become one of my … END_OF_DOCUMENT_TOKEN_TO_BE_REPLACED 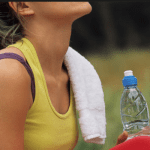 Fitness is an important part of living a healthy … END_OF_DOCUMENT_TOKEN_TO_BE_REPLACED

Can you say delicious? Start saying it! I wanted … END_OF_DOCUMENT_TOKEN_TO_BE_REPLACED 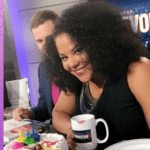 When it comes to pizza, I am my mother's child. … END_OF_DOCUMENT_TOKEN_TO_BE_REPLACED

It was the perfect weekend for hiking. A three-day … END_OF_DOCUMENT_TOKEN_TO_BE_REPLACED