S.E. Cupp is one of those people who rarely lets things go to her head. We met years ago, back in the days when hardly anyone had Twitter but us silly folks in the political world. Over that time, S.E. Cupp has gone from an already accomplished writer (she was at the New York Times way back when and published her first book in 2008) to become one of the most familiar faces on network television.

She’s co-hosted a few different shows on the CNN network, but it wasn’t until a couple of years ago that she picked up her own show, on their sister network, HLN. The show was so great, it was brought into the regular weekend CNN lineup. Now, she hosts “SE Cupp Unfiltered” on Saturday nights. She’s known as a moderate conservative who chose not to vote for President Trump and has no trouble pushing back where she finds the Right…in the wrong.

“I love to find common ground. I love to find solutions to problems big and small. I don’t want to gather people — who sound and talk like me — in a room and yell at the camera for an hour. I want to be the sort of a place you can breathe and actually hear people and have a conversation and maybe learn something.”

The girl is in her element on a debate panel and projects a confidence and intelligence I can only dream of. She’s charismatic as all get-out (would make an amazing politician, really) and is a grateful mother to one adorable 4-year-old, Jack. I was incredibly honored that she invited me on her show last year to discuss my book, “Leaving Cloud 9” — and she has always been the most kind, gracious person even as her name ID skyrocketed. It was great to get a peek behind the scenes at the lovely and talented S.E. Cupp!

« Charlotte Pence on Living a Gracious Life
Foster Care: Teens Need You the Most » 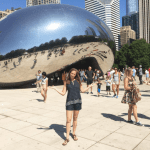 We took a weekend trip to Chicago and it … END_OF_DOCUMENT_TOKEN_TO_BE_REPLACED

A photo I took in Kenya at sunset.One of the most … END_OF_DOCUMENT_TOKEN_TO_BE_REPLACED

I heard it a million times: You will probably … END_OF_DOCUMENT_TOKEN_TO_BE_REPLACED 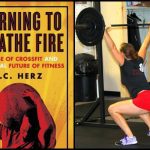 Learning to Breath Fire: The Rise of CrossFit and … END_OF_DOCUMENT_TOKEN_TO_BE_REPLACED 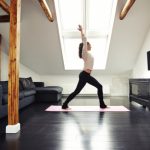 Adapting. It just happens! Before we moved here … END_OF_DOCUMENT_TOKEN_TO_BE_REPLACED

I love going to Charleston and have definitely … END_OF_DOCUMENT_TOKEN_TO_BE_REPLACED

I was really excited about this race because it … END_OF_DOCUMENT_TOKEN_TO_BE_REPLACED

Oh hello there! Yes, always in the gym clothes -- … END_OF_DOCUMENT_TOKEN_TO_BE_REPLACED