He’s 3 and a half, he’ll tell you. He wakes himself up singing the ABCs and peeks through the crack of his door yelling “Daaaad Hello?! Daaaad!” when it’s time to get up and go. I get glimpses of his older boy self at certain angles, in surreal moments when I remember that he won’t always want our too-long hugs and eskimo kisses. I still get him dressed in the morning most days and marvel at that perfect spine, the one I saw on the ultrasound after only knowing him for merely 14 weeks.

We’d gone in for a 3D ultrasound, not realizing it was too early to get a real glimpse of his face. I lay on the table, my stomach barely even popped, globs of cold jelly like slime sliding beneath the ultrasound wand as the tech began the process. It was one of those fancy 3-D places, where you’re propped up on a tall bed with too many pillows, a large screen at the front of the room like a movie is about to play.

Prior to the appointment, Rick and I had gone out to breakfast and had an endless Saturday stretched in front of us. That’s when I got the idea to see if any 3D clinics were open – and I knew we could also find out the sex of our baby if we went.

The thought of the ultrasound and finding out our baby’s gender ignited a spark of joy. When someone answered the phone to tell me, yes, they had an opening at 11, I lost my appetite. We were going to meet our baby — and I hadn’t quite prepared for the most meaningful introduction of my life.

I was walking on air as we entered the clinic, hurrying up only to wait on paper work, eyeing fully-formed baby noses squished against their mother’s tummies in clear, framed ultrasound photos on the wall. Soon enough, we entered the room with a bed raised like the Princess and the Pea.

Maybe these places are only around to make a few bucks, but they know that a mother meeting her baby face-to-face for the first time will appreciate the symbolic gesture of respect for the sacred appointment.

Soon, the image appeared on the screen, as the tech ran the ultrasound transducer back and forth on my tummy. Displayed on the screen, his avocado-sized body enlarged, was my baby boy. In that moment, a spirit of joy illuminated my entire being as the heart-of-my heart became real.

My care to learn of our baby’s gender dissolved into light, my full body pulsating with love. I awed at watching the baby inside of me on the screen before me, daring to believe the moves I saw on screen were happening just below the surface of my skin. I was  overwhelmed by love for this genderless, 14-week-old being who was already so much my child.

My eyes zeroed in to the skeletal image, each little vertebrae forming a perfect curve of his back. The permanence and reality of my baby couldn’t be denied.

This was the spine he would have for the rest of his life. This is the spine I would cradle in just a few short months. It’s the one he would sleep on in his toddler bed and hit against a wall roughhousing with friends. It’s the spine that will help him walk down the aisle and one day, raise up his own child to the sun. It’s the spine that will hold him together in this physical body, until the day this developing earthly structure releases his soul. The same soul, I recognized then, that must somehow have populated the second that miraculous spark of light occurred.

The vision of his spine on the ultrasound, when he was just the size of a fist, turned my dreams of motherhood into tangible reality. Forever I would love that spinal column and it’s striking stack of perfect discs.

Today, he’s three and a half, and he’ll tell you that. I trace my finger down the same perfect spine I saw on that screen projector 4 years ago and I tell him the story about his spine. For a (very) brief toddler-sized moment, he let’s me linger on his bumpy, pale-skinned back.

As he turns four and five, then 13 and 18 and 25 and 32, I’ll remember the tiny spine that first made me fall in love with a little boy named Jacob

“Before I formed you in the womb I knew you, before you were born I set you apart.” — Jeremiah 1:5

Here’s the image I saw that day:

« Faith, Politics and Pursuing our Passions with Billy Hallowell
Escaping a Cult: Anna LeBaron is The Polygamist’s Daughter » 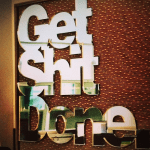 *Take-away of the day from SXSW :) Good Monday … END_OF_DOCUMENT_TOKEN_TO_BE_REPLACED

Tonight, I went to the gym after work for Total … END_OF_DOCUMENT_TOKEN_TO_BE_REPLACED

Hey everyone -- I write to you from a blizzard in … END_OF_DOCUMENT_TOKEN_TO_BE_REPLACED

I want to run another marathon. Soon. I want to … END_OF_DOCUMENT_TOKEN_TO_BE_REPLACED

I'm sure things will feel normal again soon but … END_OF_DOCUMENT_TOKEN_TO_BE_REPLACED

Trillia Newbell has a voice that radiates joy. … END_OF_DOCUMENT_TOKEN_TO_BE_REPLACED

Even if you are really, really scared! (I was but … END_OF_DOCUMENT_TOKEN_TO_BE_REPLACED