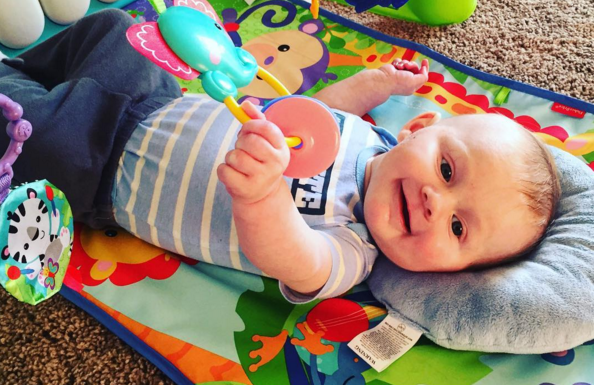 Taking a note from Meghan, I’m talking daycare today. The daycare dilemma has been on my mind since I started thinking about having kids. When I was a kid, I used to listen to Dr. Laura on the radio. She had a firm stance that moms needed to stay home with their kids if at all possible. Realizing that is not possible for everyone, but knowing that for many people, it is…I used to think there would be no question in my mind that I would be a stay-at-home mom. (I still like and respect Dr. Laura but may not be with her 100% on this issue now).

Well, a lot changed since I was a naive 16-year-old — back when I planned on getting married at 20 and having babies right away. I know now that this working mom v. SAHM mom is one of those never ending battles people fight about online. That may never change. Let me clarify here — I am not Team SAHM or Team Working Mom — I’m just Team Mom (the team we are ALL on!).

I don’t judge anyone for their decisions but when it comes to my personal decision, it’s a different story. When it’s me and my kid, it’s much much harder than I ever thought it would be.

Previously — even as recently as last year — I said, “I don’t know what I’m going to do.” I believed I would have to have that baby in my arms to know how I felt about working, daycare and all that comes with that territory.

Sure enough, I did need to have that tangible moment. I honestly didn’t think having childcare or using daycare would be that hard for me before. I am a busy person, I like to get things done, I enjoy working and like to be on the go. I thought I would want that time for myself. I had no idea that it would heart wrenching to make the move.

Some people said I’d have no trouble working from with a baby for the first 6 months or more because babies sleep a lot. Others said, there’s no way you’ll be able to get your job done without childcare. I was clueless and figured I’d just wing it and get help when it became necessary. For back up, we had Jacob’s name in at a nearby daycare so we could use it if we needed to.

Since I started back to work at 6 weeks, he really was sleeping a lot and it wasn’t so bad. But a few weeks in, I realized I needed some help. That’s when I got a regular babysitter, whom I’m beginning to utilize more and more. At 4 months, I’m finally starting to feel okay about leaving him with a sitter literally a room away. Even that is difficult on some days. One thing has been clear up until now, though, I’m not ready to drop him off at a daycare with strangers.

However, I’m hitting a point where it might be necessary. But it’s a tough call. I have the best situation ever, in that I get to work from home. But it’s not part-time stuff, it’s full time and that really means full-time. It also makes it harder to decide on childcare though. Being that I’m home, I feel like I should utilize every moment I can to be with Jacob — but having him a room away also makes it harder to focus.

I like the idea of a reputable daycare with skilled teachers who will focus on him (and I know baby rooms have few kids since babies need lots of attention.) I also like the idea of someone being in the home watching him so I can be nearby. But I have a fear of him growing to like or love that person (or even the daycare teachers) more than me! Perhaps that is silly and many moms will probably tell me not to worry about it but I can’t help it.

There are days when I am working next to him and I look over for a smile and he lights up. I think to myself — what are you doing? He’s only going to be a baby for so long — why are you working? But then I remember I like working, and I also like having a paycheck — and I like having a balanced life. I don’t think there’s any way to eliminate the guilt when I’m working, especially when I know we could survive without two parents having a job. It would be hard and a real sacrifice were we to go that a route — but I just don’t think we’d be happy that way. Plus — working from home means my time away from him really is minimized and that makes me feel better.

So what is the point of this post? Just to say I’m at a crossroads and I’m not sure what I’m going to do moving forward. We are about to move to a new house in a new neighborhood so lots of changes are coming. I’m considering the daycare route in 2-3 months but it’s all under prayerful consideration. No matter what I do, I guess the mom guilt is here to stay.

How did you deal with making this decision? Any WAHM moms who were in my situation? 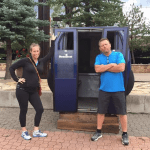 So I got to spend another awesome weekend in … END_OF_DOCUMENT_TOKEN_TO_BE_REPLACED

I've been in Indiana for three days and have loved … END_OF_DOCUMENT_TOKEN_TO_BE_REPLACED

TODAY only: 30% OFF Reebok.com purchases with … END_OF_DOCUMENT_TOKEN_TO_BE_REPLACED

So I saw this and I had to share. Can I get an … END_OF_DOCUMENT_TOKEN_TO_BE_REPLACED

No better way to start the dayYou'd think I'd be … END_OF_DOCUMENT_TOKEN_TO_BE_REPLACED

Can I vent for a second? First of all, so sick of … END_OF_DOCUMENT_TOKEN_TO_BE_REPLACED

Well folks -- it CAN be done! I've considered the … END_OF_DOCUMENT_TOKEN_TO_BE_REPLACED