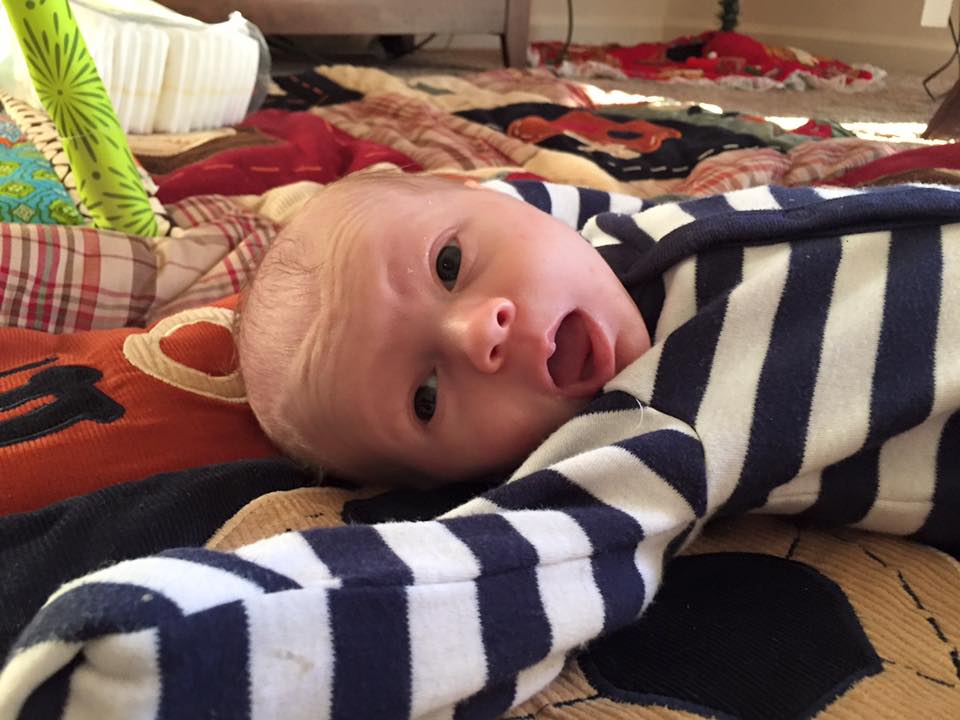 I can hardly believe it has been a full month since this guy entered the world. Of course, he’s been a part of our lives since we learned he was growing inside me like a little peanut but having him here “in person” is way more exciting 🙂

We have a rough start with breastfeeding and weight gain, starting with his birth being 2 weeks and 1 day early. He weighed 6 pounds 8 oz at birth and left the hospital at 5 pounds 13 oz, then was down to 5 pounds 11 oz a day later. It was concerning but seem to have finally caught up. 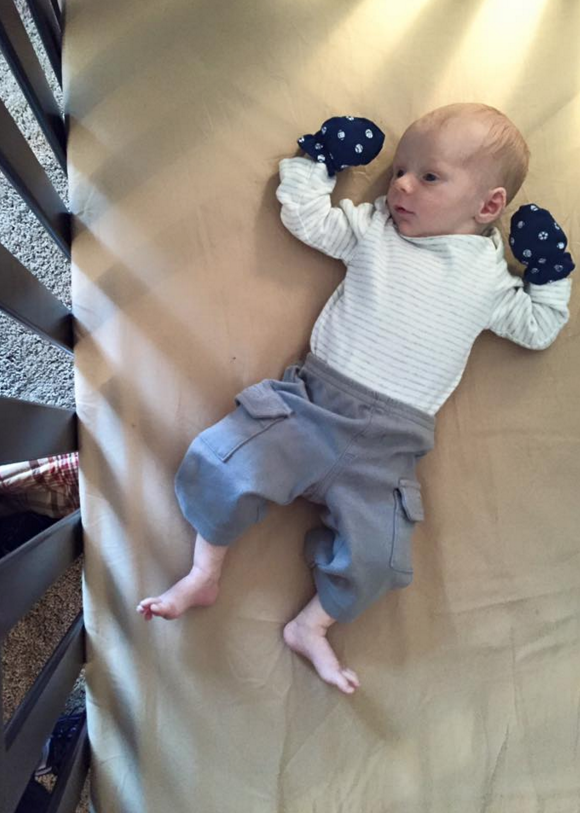 Current weight: About 7 pounds 12oz. He’s still on the small side for one month but we are getting there. I don’t see him being a chubby baby in the future but who knows, now that he’s getting what he needs.

Sleeping: He is sleeping less now in the day time than he was but generally speaking, he’s a deep sleeper and doesn’t like to be woken up to eat! Night time is a struggle like it is for any parent of a newborn but it could be much worse. I usually am up 2-3 times a night and awake a lot longer because I feed him, then spend 20 minutes pumping each time. Then, I have a hard time falling back asleep. I go to bed by 9 and Rick gives him his next bottle before I get up again at like 11:30 or 12. I’m getting around 5 hours of sleep, I’d say. He’s pretty fidgety at night but I’ve started wrapping him the swaddle sack (arms out) and that seems to help a lot.

Eating: We are now exclusively pumping and he’s getting 75% breastmilk bottles with some formula supplementation. He eats 9-10 times a day, 3oz a feeding. He doesn’t mind the bottle and it is a relief to move away from breastfeeding. Long story that I will share in more detail later…

Likes: Sucking on his hands, snuggling close & tight to mommy, laying on his back looking up and moving arms and legs, reading with Daddy in the rocking chair, listening to music

Dislikes: Being cold, waking up to eat when he’s asleep, diaper changes, being ignored when he’s feeling feisty

Concerns: He has some weird breathing issue that sounds like wheezing. It’s scary because I feel like he’s going to stop breathing when he’s sleeping. The pediatrician recommended we get a humidifier, which we did. So far, it seems to have have helped.

Crying: The kid hardly ever cries! He will start crying a little if we are changing his diaper and he’s cold but that’s pretty much it. When he’s hungry, he just kind of makes little grunting noises and other baby noises. He’s pretty content overall! 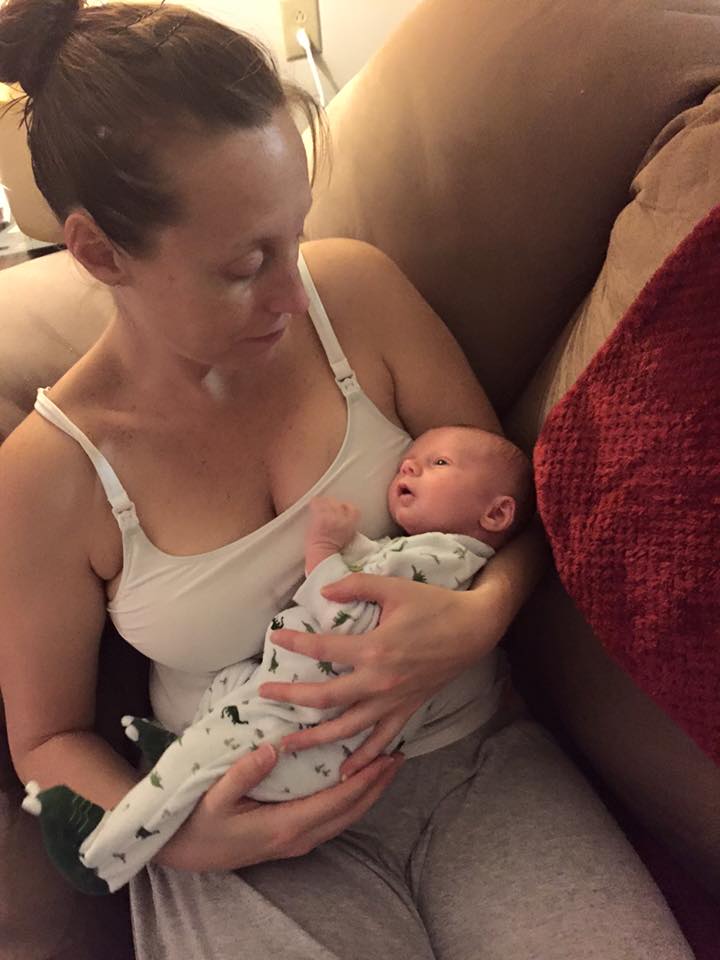 How am I adjusting?

I’ve had a few rough nights of only 2-ish hours of sleep but they have been few and far between. I’m certainly tired but nothing I can’t handle. I have the best partner ever to do this with — he never tires of doing Dad things like changing diapers, feeding, staying up to help out. I don’t know if all Dads are like this but I do know how much I appreciate all that Rick has done. He’s so in love with Jacob and I couldn’t do this without him! I keep getting so many cute pix of them together, I want to start a whole separate blog: 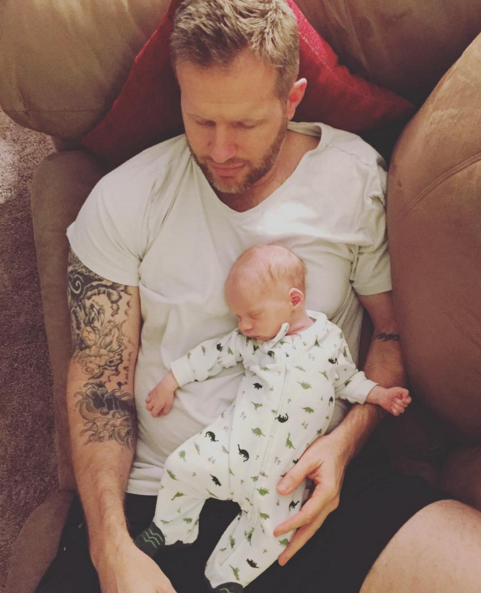 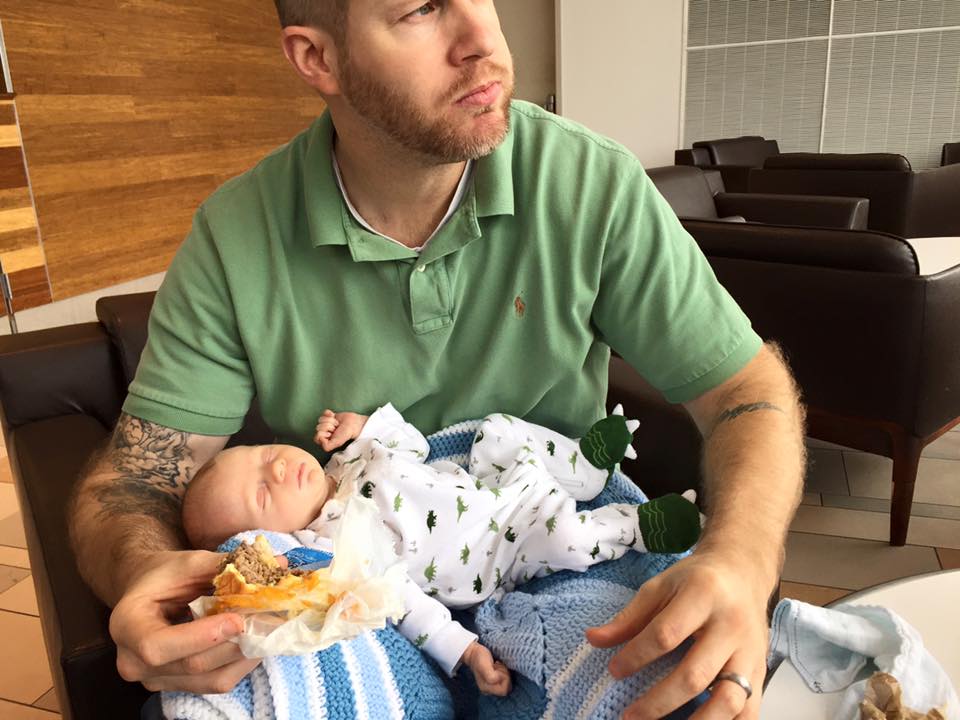 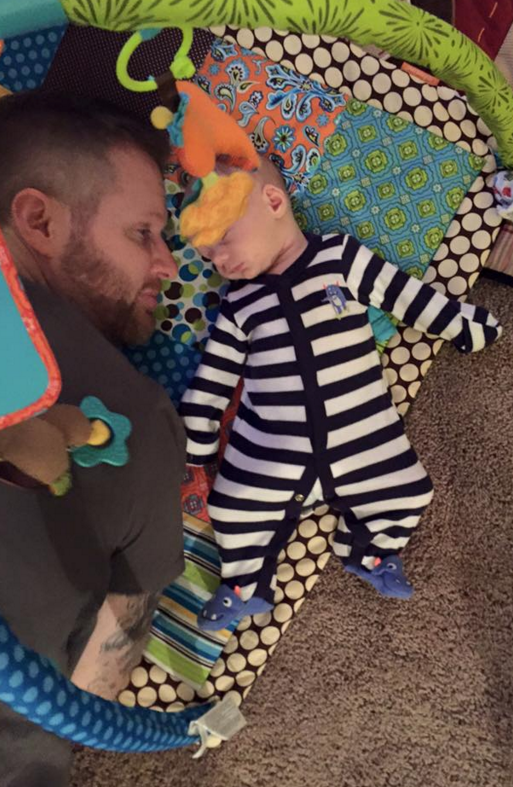 I had some MAJOR moments of anxiety early on. Like, afraid to go to sleep, constantly checking to see if he was still breathing, worried we’d exposed him to something bad, thinking one little thing could kill him. I had no idea he would seem so fragile and vulnerable to EVERYTHING. I have lain awake for hours just hearing him breathe, worried it would stop. Thankfully, I’ve relaxed quite a bit though there are still moments. Those newborn noises are no joke, they can really scare you!

I am no longer scared of driving with him, though I hate putting him in the car seat and not being able to see him in the backseat. We were instructed to install the car seat in the middle seat and neither of the mirrors I’ve gotten have worked. The seat is totally in the way…not sure what to do about that one. I know you are technically not supposed to use those mirrors but everyone does and I want to see him when I’m driving in case something is wrong! 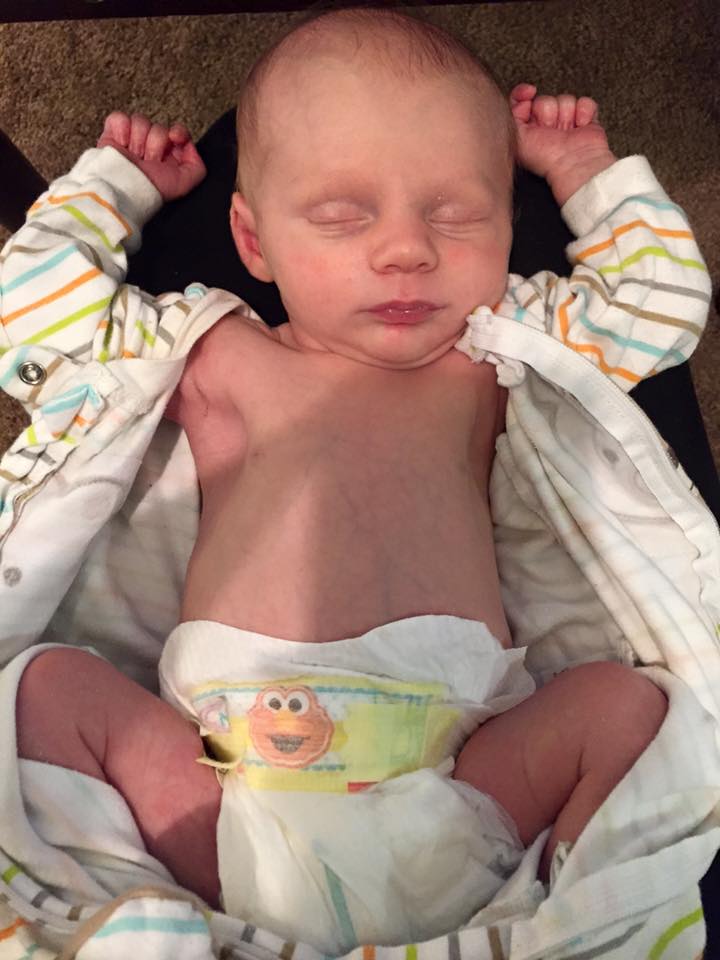 Breastfeeding is still a struggle. I will write separately about that. Jacob is such a good baby that I have plenty of time to catch up on writing, reading and relaxing during the day. I mean, it’s stressful staying on a pretty strict feeding/pumping schedule — seems like it’s always time to do one or the other! But, I feel like he is an “easy” baby so far, from what I hear at least!

I know that very soon, he will start to lose the “newborn” look and it will all just be a memory. I am already mourning that loss a little bit! I’m trying to savor every moment and not take this time for granted. I know, know, know how fast life goes and I want to be HERE. It’s hard not to wonder, who will he be like? What will be start to look like? But instead, I’m trying to just be present. 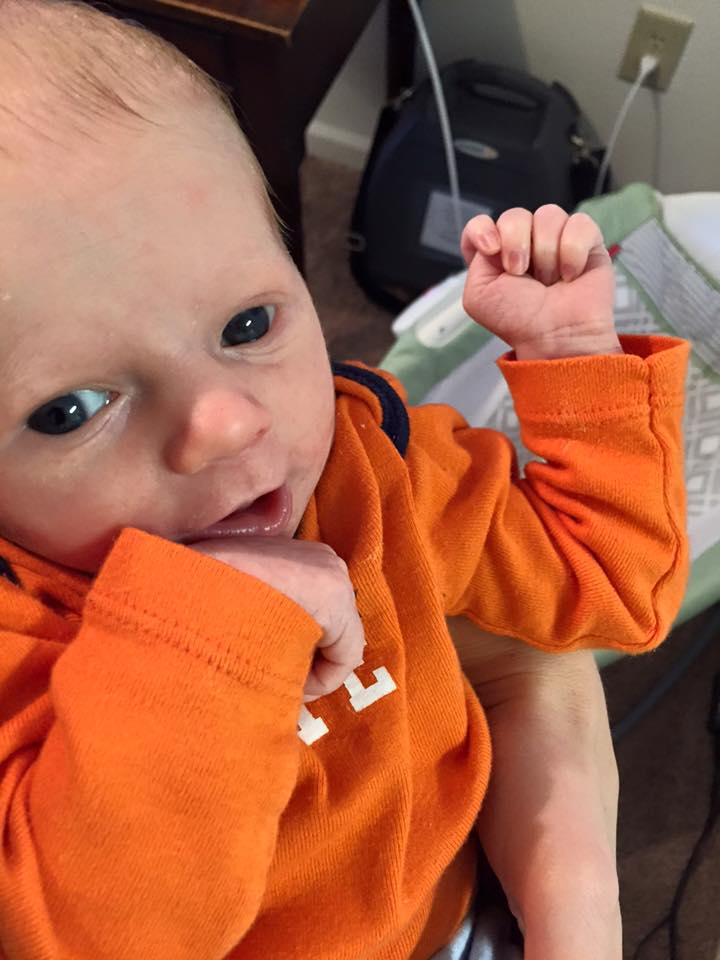 I almost can't believe that on Friday morning I'm … END_OF_DOCUMENT_TOKEN_TO_BE_REPLACED

This weekend I had the fabulous opportunity to … END_OF_DOCUMENT_TOKEN_TO_BE_REPLACED

Saturday we had the awesome opportunity to head a … END_OF_DOCUMENT_TOKEN_TO_BE_REPLACED 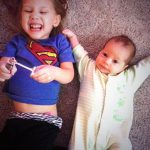 I thought it was appropriate to deliver you a … END_OF_DOCUMENT_TOKEN_TO_BE_REPLACED 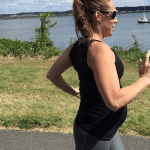 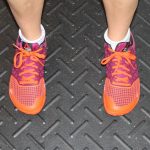 *This post is sponsored by Fitfluential, LLC on … END_OF_DOCUMENT_TOKEN_TO_BE_REPLACED 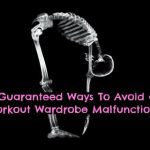 *This shop is part of a social shopper marketing … END_OF_DOCUMENT_TOKEN_TO_BE_REPLACED 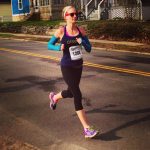 Oh did you think I was in? No -- but close :) My … END_OF_DOCUMENT_TOKEN_TO_BE_REPLACED

Oh hey there...what's up? Handstands are one of my … END_OF_DOCUMENT_TOKEN_TO_BE_REPLACED 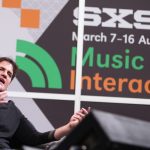 If you've never been to the world-renowned tech … END_OF_DOCUMENT_TOKEN_TO_BE_REPLACED