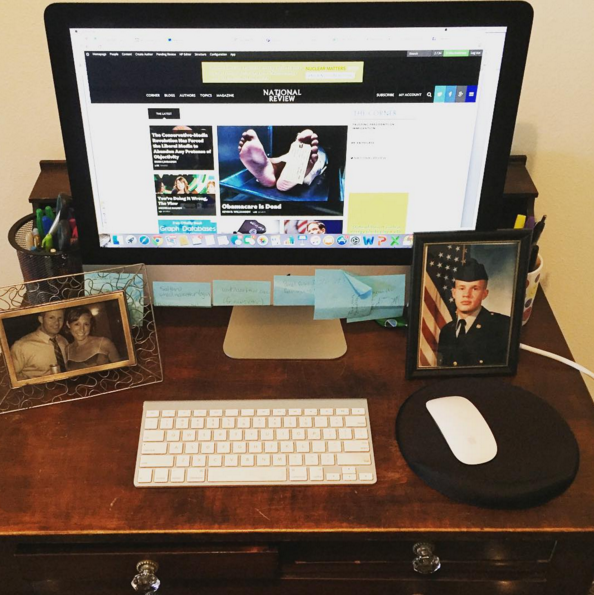 For those that have worked in an office during their careers, working from home may seem like a dream. I know, for me, it always did! I never actually wanted to work from home completely but had visions of two days from home.

I never thought I’d be lucky enough to have a great job where I worked from home but alas, I do! Truth be told, I like an office. I’m a social person and enjoy the buzz of the office gossip, birthday parties for co-workers, random lunches to cute lunch spots and even that wonderful feeling of walking through the door at the end of a long day.

But things have changed a new routine is…weird. I realize this “new routine” is going to be very short-lived since I have a baby entering the world in like 2 weeks but still wanted to get my thoughts down about it.

First of all, for YEARS, I’ve been up and out of bed at 5am (or earlier) most weekdays to workout. I could still do that but right now, I don’t NEED to. If I had classes to attend, I would…but since fitness classes are slim pickins around here, I’m on my own. The LA Fitness does have some classes but none of them really strike my fancy so I’m trying to make do on my own.

So I’ve been getting up around 6:30 am or so, when my body naturally wakes up. It’s weird.

I grab my coffee and usually get right to work because I like to start promoting work stuff online for the day around 7am. While I’ve always started work very early, this is like hard core starting the workday so that by 9, I feel like I’ve accomplished a lot.

And yet, I am still in my pajamas. People say that will probably have to change…because you start to feel like a worthless sloth of a human being (despite being very productive!) I don’t particularly like still being in my pajamas at 10 or 11am. It just kind of happens because I start working and have no reason to change.

That being said, I usually have a work conference call or two in the mornings as well. When baby comes, I think I will try to start structuring things a bit more (or maybe that’s a sick joke I’m telling myself…)

Plus, usually I’m just waiting for my midday break to workout. I’ve been exercising around lunchtime these days…so I never feel so fresh and so clean clean until after that when I take a shower.

It’s actually kind of nice because I always get a nice big energy boost and “morning inspiration” feel like I used to get super early. Getting that in the afternoon is a huge plus being in the creative/news field. Things have already begun rolling so you have a lot to work with — and as you guys know, you can get SO MUCH done when you are running on creative inspiration and endorphins.

The downfall is…when you wait to workout, there’s always that chance that you will find an excuse to skip the gym. Hate that! So far, I’ve been fairly consistent though.

Food is another change. I used to eat breakfast really early (because of the early workouts) but now I don’t get hungry quite as early so I eat much later. Typically I stick to the same stuff as before: oatmeal, eggs, etc. So I end up eating lunch much later too…but it’s actually much easier to make sure I’m getting my fruits and veggies because I can prepare whatever I want right in my kitchen. Hello convenient!

Back in the day, I used to think I’d end up eating all day if I worked from home but I feel like I have pretty good control in that arena during the day and so far, haven’t had a problem indulging in mid day ice cream binges or anything 🙂

You’d think making dinner would be easier but it’s not — I still don’t like it!

With my job, the workday doesn’t exactly end. The news is 24-7 and we usually publish new pieces from early morning till fairly late at night. If there is breaking news, or a particularly good interview on TV, I need to be there to promote it. If there is a political debate, a big speech or other event after hours, I need to be “on.” While I do a lot of social media scheduling, there’s just a LOT to pay attention to. Also on weekends — every.single.day. I truly never take an actual “day off.”

That being said, I usually spend a couple of hours later in the day working as well. That means I sometimes take a random hour break mid-day and pick it back up later. It’s a little wacky but works for now. Also, since I’m here in Indiana, I’ve been able to run over to my sister’s house and see her before traffic! I always bring my laptop with me and squeeze in work while I’m there. It’s so convenient!

I’m not sure how all this will work with baby. I will have another post on my plans for work + baby so stay tuned.

All in all, working from home has been okay. I miss the people and the reason to be somewhere at a certain time but I am thankful for being able to do this — and i know it will be really helpful for me when the baby comes.

Anyone else work from home? I’ll take tips if you got ’em! 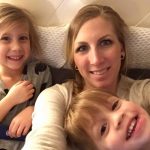 Goddesses. That's the word that comes to mind when … END_OF_DOCUMENT_TOKEN_TO_BE_REPLACED

I've been SUCH a slacker lately on cooking. I went … END_OF_DOCUMENT_TOKEN_TO_BE_REPLACED

Sometimes you just need to force yourself to be … END_OF_DOCUMENT_TOKEN_TO_BE_REPLACED

Last week there were a few articles out asking … END_OF_DOCUMENT_TOKEN_TO_BE_REPLACED

Yesterday, we spent the day day being tourists in … END_OF_DOCUMENT_TOKEN_TO_BE_REPLACED

Festivity I have a confession: I never put up my … END_OF_DOCUMENT_TOKEN_TO_BE_REPLACED 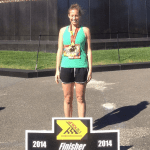 "All this will not be finished in the first 100 … END_OF_DOCUMENT_TOKEN_TO_BE_REPLACED 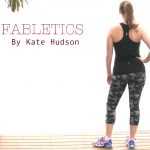 PSST: Did you catch my first Monday Workout Link … END_OF_DOCUMENT_TOKEN_TO_BE_REPLACED 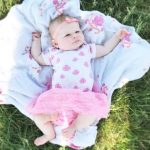