First of all: Happy Veteran’s Day! Today, I’m honoring my favorite veteran, my husband (here with his nieces):

Guess what time it is? Five days until the Richmond Marathon — holy moly! (I say that out loud sometimes and people think I’m a huge dork.) Anyway, it’s coming!

After reading Meb’s book last week, I’m feeling a little undertrained — that’s an understatement. It was crazy reading about his 130+ training weeks — also running 28 miles for a training run sometimes. It makes sense but my two measly 20-mile-runs sound like a joke.

Not trying to win the Olympics so it’s fine but I know know know that this is going to hurt. I’d say about 15 miles in, I’m going to start hurting and will just have to dig deep. It’s mostly due to the fact that everything feels pressurized on my right side. Right hip, entire leg, foot — it’s all tight as a drum.

So…on Saturday, I set out for an 11-12 mile run. Somehow, RunKeeper claims I ran 13.5 miles. I’m not sure if that’s true because I’ve run this path before and it was less. It also says I ran those 13.5 miles in 1:47, which seems impossible considering I don’t really run that fast.

Either way, I ran enough miles on Saturday for the last  “long” run. I may run a 5 miler mid-week but that’s it.

Maggie and I leave Friday early after work for Richmond, where we will meet up with one of my friends, Kristyn, for dinner. I’m sticking with plain old pasta like usual.

I’m already worried about having stomach issues on marathon day but I will be taking Immodium x 2 pre race and hoping it works. My stomach never seems to do what I want it to on race day, no matter how early I get up to make that happen.

Anyway, I’ll deal with whatever does happen. I will be over hydrating two days pre-marathon and keeping liquid to a minimum race morning because I hate having to pee during the race, hate it!

Expectations? I really don’t know. I know I’ve run 20 miles in a respectable time recently so it can’t be too bad. Realistically, I think I will run into some problems later in the race and chances are will finish around 4:30.

If I’m able to overcome the problems and keep running, it could be far lower, closer to 4 hours. Or, maybe I’ll just be feeling really great and PR! Ha ha, not likely but every race is dependent on the day. I’m trained for the most part and a FEEL GREAT day could be awesome so who knows?

Either way, I am really excited to be running this marathon. The weather says it’s supposed to be “foggy” — which should be interesting. I’m hoping the sun prevails either way! Anyway I get to run a marathon is a good one 🙂

I’ll just press this button I got:

*This post is sponsored by Mizuno Running! In … END_OF_DOCUMENT_TOKEN_TO_BE_REPLACED

Source.I finally realized what it is I love about … END_OF_DOCUMENT_TOKEN_TO_BE_REPLACED

I'm back from a whirlwind weekend in Minneapolis, … END_OF_DOCUMENT_TOKEN_TO_BE_REPLACED 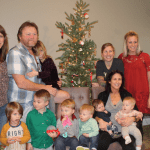 Christmas 2016 has come and gone! Since 2015 was … END_OF_DOCUMENT_TOKEN_TO_BE_REPLACED

It seems like everywhere I look lately, there are … END_OF_DOCUMENT_TOKEN_TO_BE_REPLACED

Ever wonder how many times you can have chicken … END_OF_DOCUMENT_TOKEN_TO_BE_REPLACED

Happy Saturday all! I hope everyone is still … END_OF_DOCUMENT_TOKEN_TO_BE_REPLACED