You’d think after running 8 marathons, I’d have watched one by now. Well, yesterday, I finally did. I went out intending to be super spectator and actually provide REAL superpowers to the hard working runners at Mile 23 of the Marine Corps Marathon.

I knew I’d be a little jealous I wasn’t there with them but I did the second best thing I could — be there for them. I had two signs — which I switched out interchangeably but focused mostly only one because I kept getting props from the runners for it.

I wanted to create something unique — as I’m so tired of seeing the “Your feet hurt because your kicking so much ass.” Over it. Ha ha. Anyway, this seemed appropriate — and runners really liked it. I felt like I was really helping.

I also made a second sign that was inspired by my first marathon when I just wanted to finish. I kept saying to myself the whole way — this is YOUR marathon, do it justice. It helped but I wasn’t sure if people would get that on a sign. Oh well, here it is:

I was supposed to meet a friend to help cheer with me but she didn’t make it so I went at it alone. Apparently, I don’t mind doing this. I made friends with an older couple who were there waiting for their son to pass by. I wish I had gotten their contact info because I got a great pic of their son running by. Oh well! This is him, if anyone hows him!

Spectating was invigorating — and even exhausting. I was so excited to be there for the first runners to pass by. I forgot about the wheelchair and handcycle participants though, and was so excited to see them coming through first. It is SO inspiring to watch these guys and gals push so hard in modified bikes of all kinds.

I was pumped when I saw lone runner #1 come through. I later found out it was Girma Bedada, 33, of Ethiopia who won the race in 2:21:32 easily — as he had NO ONE even close behind him.

He looked calm and cool, like he wasn’t even running that fast — but of course he was running very fast. It was some time before others came in — and of course I was excited to see the first female runner come through. That turned out to be Army Captain Kelly Calway at 2:42:16. She looked strong and was far ahead of the other women as well.

I had such a great time screaming for people as they passed by. The most exciting time for me was the “regular runners” starting streaming through and things got more crowded. The first pace group I saw was 3:05 with a large following. I was so jealous that I will never be able to go that fast but proud of those who were hanging tough.

I wanted to say things that were helpful and inspiring so here were a few of my go-to shouts over the course of 3+ hours at mile 23:

I didn’t want to be annoying but actually helpful. I was screaming and making eye contact with people and got a lot of smiles and appreciation. Well, the faster runners just kind of looked at me and read my sign with zero expression but once “normal” people started streaming by, they loved it. I thought the “It’s all worth it” phrase was especially good because it’s hard to remember why the heck you are doing this and why it’s so crazy hard at mile 23.

Later, I remembered that members of the military overseas also run MCM overseas and I wanted to honor them too. Here is a short video from the Washington Post:

How cool that they run it WITH us overseas. It reminds me of how in my CrossFit box, it says one of our locations is Khandahar, Afghanistan.

Have you spectated at a marathon or half-marathon? How did you find the experience compared to actually racing? Did you try to yell out actually helpful things like I did? What do you like about spectating?
« This Man Inspired Me
SugarLoaf Mountain Vineyard »

This weekend was my sister Lindsey's baby shower. … END_OF_DOCUMENT_TOKEN_TO_BE_REPLACED

This weekend I had lunch with two new friends and … END_OF_DOCUMENT_TOKEN_TO_BE_REPLACED

This shop is part of a social shopper marketing … END_OF_DOCUMENT_TOKEN_TO_BE_REPLACED

I've been saying it since I read "Born to Run." I … END_OF_DOCUMENT_TOKEN_TO_BE_REPLACED 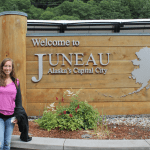 I must apologize for the bad quality of all the … END_OF_DOCUMENT_TOKEN_TO_BE_REPLACED

Traveling to New Orleans for the Southern … END_OF_DOCUMENT_TOKEN_TO_BE_REPLACED