It was last Tuesday that I hurt my back doing a tire flip. Now it’s 9 days later and it’s still giving me issues. Bad news. I seriously hate this. I should have immediately stopped all working out but I did a few things and maybe that didn’t help.

Yesterday, I went to a chiropractor, who told me my back was pretty screwed up. Then I got a massage, which was really needed. I was sore all over from weighted lunges and an arm workout the day before and the therapist told me I was beating myself up because my body was so tight all over.

After both of those things, it felt a lot better. I went home and took an epsom salt bath (a first for me!) and actually felt pretty amazing.

This morning I woke up with this stupid cold/allergies and my back still sore so I iced it. In the past week, I’ve hardly worked out at all and well, you know how much I hate that.

The worst part is feeling like I can’t get my sweat on but second to that, my appetite stays the same and I eat just as much as I did before. It’s just that stupid ED voice that whispers in my ear but I feel out of control a bit and uncomfortable when I have to stop moving. The only thing I could do right now — and feel like I wasn’t hurting my back — is swimming. But, I don’t have a pool or a gym membership with a pool so ladida.

Anyway, I’m trying to embrace the rest and CHILLAX. I mean, I say it’s a “bad time” to be injured because of marathon training but let’s be honest, there is no good time to be injured for me. There is always something.

The marathon is November 12th. I guess I can take three weeks off from training (ugh!) and get back into it enough to be able to run the thing. Just when I was starting to get into training…

It actually doesn’t hurt much when I am running but it’s the after that gets me. Anyone have this experience? Advice on this issue? Injury sucks.

REMINDER to sign up for the Runner’s World Half-Marathon festival, taking place the weekend of October 19th and 20th:

« Never Forget
7 Reasons Why You Should Start a Blog » 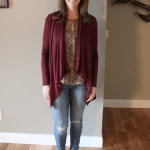 *Use my referral code to sign up if … END_OF_DOCUMENT_TOKEN_TO_BE_REPLACED

Mary Katharine knows something about parenting in … END_OF_DOCUMENT_TOKEN_TO_BE_REPLACED 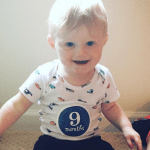 I was really excited about this race because it … END_OF_DOCUMENT_TOKEN_TO_BE_REPLACED

I had no idea that women were making such big … END_OF_DOCUMENT_TOKEN_TO_BE_REPLACED 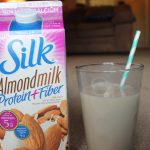 With multiple photos showing her heading off onto … END_OF_DOCUMENT_TOKEN_TO_BE_REPLACED 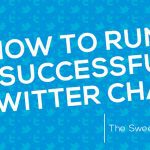