Yesterday, I got up and went to Crossfit at 5:15am (that’s the rollout and go version). I’m always SO tired when I go that early and yawn the entire time. It’s definitely not prime for me but I had to squeeze it in early. Here was the WOD:

I have actually come to love the Overhead Squat — it’s the perfect combination of core strength, stability and balance. I used to hate them but things are changing. This morning I did every single pull up in the workout. It was only 24 total (and they were kipping) but no way that would have happened six months ago.

Good example of OHS at 55 seconds (and holy badass ladies!):

Those push presses got ugly fast. My partner and I were going with 65 pounds and I was tired tired tired by the end — probably due to the plank holds in the middle. Either way, pretty solid.

But the miles plagued me and I knew I should get some in so I broke down and ran the 8 miles home from work. It was slow and steady. My stomach felt on the verge of being really angry but stayed peaceful enough for me to get home. I pushed myself the last three miles and actually ran an 8:47 pace. Seriously need to step up the pace on these runs….I’m such a wimp!

Can’t NOT take a photo of some of the famous sites of DC when I’m running home, right? Here’s the Lincoln Memorial. The clouds were interesting yesterday — great for Insta! I always want to stop and take a ton of photos but then I realize I will never get home so I only took one this time around.
Are You a Runner in the DC-Area?
The Heights is holding a weekly running club, held every Saturday morning at 9:00am. Anyone is invited to come and join the fun – the runs vary weekly, and last for about an hour, ranging between 4 and 6 miles at a comfortable pace.
Participants are invited to stay after the run and enjoy brunch with each other at The Heights, at a 25% discounted price. It’s a great way to stay fit and meet new friends! Interested?
**Email cohirunningclub@gmail.com to sign up or stay informed.
Cool News!

So — cool news! You the Runner’s World Half-Marathon I’m going to in October? Apparently, Olympic athlete Summer Sanders is going to be there! Very cool stuff.

Here’s the scoop from the Runner’s World press release:

Sanders, who won two gold medals, one silver and one bronze as a swimmer in the 1992 Barcelona Games, will help host the Kids’ races on Friday afternoon Oct. 18, run the 5K and 10K on Saturday Oct. 19 and the Half Marathon on Sunday Oct. 20. Running all three races will earn her a special ‘Hat Trick’ commemorative hat in addition to the race medals. Sanders will also appear on at least two seminar panels on Saturday afternoon.

“There is nothing in this world that I love more than my family,” Sanders said. “To be able to share the joy of running with them at the Runner’s World Half Marathon and Running Festival where we can all participate together is as close as you can get to a perfect weekend. I cannot wait to be a part of it.”

I don’t think I’ve ever met an Olympic gold medalist before so this is pretty awesome for me. And you still have plenty of time to sign up! Remember, it’s October 19th and 20th in Bethlehem, Pennsylvania — and you can get a discount through me!

You get 10% off the half-marathon or the Hat Trick — which is all three races: 5k, 10k, half-marathon! Just enter the codes below when you register!

I would absolutely LOVE to see any and all of you there so…think about it (sign up here!). I’m in driving distance so it was a good split for me. I can’t wait to hang out with all these Runner’s World fanatics like myself!


Besides running, what is your favorite strength move?
What is your typical weekday mileage?
« Richmond Marathon Training Report
The Time I Was on CNBC » 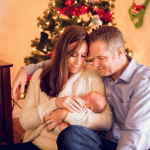 **First of all, thanks to everyone who has reached … END_OF_DOCUMENT_TOKEN_TO_BE_REPLACED 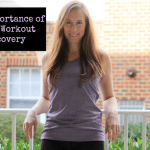 Normally, when we think about working out -- it's … END_OF_DOCUMENT_TOKEN_TO_BE_REPLACED 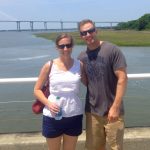 For one year after college, I lived in Charleston, … END_OF_DOCUMENT_TOKEN_TO_BE_REPLACED 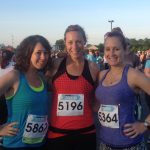 This weekend I ran my first half-marathon since … END_OF_DOCUMENT_TOKEN_TO_BE_REPLACED

ZOOMA Half-Marathon Only a week and a half from … END_OF_DOCUMENT_TOKEN_TO_BE_REPLACED 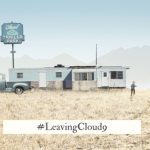 Hello friends! We are technically ONE MONTH AWAY … END_OF_DOCUMENT_TOKEN_TO_BE_REPLACED 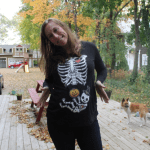 You know I had to get this shirt (thanks Ashley … END_OF_DOCUMENT_TOKEN_TO_BE_REPLACED 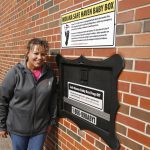 It's hard to wrap your head around the troubles of … END_OF_DOCUMENT_TOKEN_TO_BE_REPLACED