I have never been so excited about a 5k before you guys! Normally, I’d much rather run a 10k+ so I am selective with 5ks. The one I’m about to tell you about could NOT be turned down! There are a couple of reasons.

The National Press Club 5k is actually one of the first organized runs I ever did. Despite having run my first marathon in 2008, I had probably only done 2 other organized, official runs. I feel like when I did the NPC 5k back in 2009, it was right when my love of running really started to pick up.

Michelle and I ran it and it was close to our hearts because we both studied Journalism in college and were still fairly new to our journalism careers here in Washington, DC. The Press Club is a legend in this city. This is where the dirt was dished. If you read legendary reporter Bob Novak’s biography (AMAZING inside look at the scene!), you’ll see lots of secrets were exchanged in this historical building.

As an intern with the National Journalism Center in 2006, I had a free membership to the press club and would often go enjoy coffee in the morning or drinks in the bar on Friday nights. It was very cool for an intern!

Chevrolet is sponsoring this year’s National Press Club BEAT THE DEADLINE 5K with activities taking place on September 5 and September 7, 2013.
The BEAT THE DEADLINE 5K benefits the ongoing work of the National Press Club Journalism Institute. The Institute is committed to helping working journalists improve their skills through ongoing training and programming of future journalists through scholarships that promote diversity within our profession.
Since 2000, and with the help of the runners and sponsors, more than $700,000 has been raised to help deserving students to attend college and pursue a career in journalism. This year’s honorary race marshalls are Tony Horton, exercise trainer and creator of P90X, as well as Erika Gonzalez, reporter and anchor at News4.

I’m inviting one lucky reader to join me for two special events in conjunction with this year’s race.
First up, on Thursday evening, Sept. 5, you’ll JOIN ME FOR A WORKOUT WITH TONY HORTON!! (Who doesn’t LOVE P90x?!)
But that’s not all; you’ll also join me on Team Chevy, with a complimentary race registration, to run the race on Saturday, Sept. 7.
*BONUS: As part of the race and as members of Team Chevy, if one of us completes the race with the best time (among our fellow Team Chevy runners) we’ll be eligible for a free one-week Chevrolet Spark loan in 2013.
So, who wants to join me?!
This will be us sprinting toward the finish line.

Here’s how to enter:
In the comments section below, tell me how transportation contributes to keeping you fit.
Do you walk or bike to work?  Maybe you strap the bike on the car and take a ride after work.  Have you outfitted your crossover to take on two kayaks and your bike?  Or are you keeping the ol’ rollerblades from collecting dust?  Maybe you’re the designated carpool driver for your kickball team.
***Whatever it is, share it in the comments and you’ll be entered to win a spot on Team Chevy and an invite to the Tony Horton Work Out.***
The contest begins Monday, August 26th and ends Friday, August 30th.  The winner will be announced here on Monday, September 2, 2013.
« Long Run Saturday & FUEL
Hashtag Causes: #LiveFree & #RunTalks » 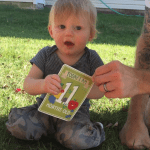 *All other pregnancy and baby updates … END_OF_DOCUMENT_TOKEN_TO_BE_REPLACED 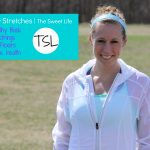 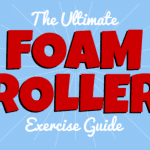 *Skip the spiel and hit up the guide! I've … END_OF_DOCUMENT_TOKEN_TO_BE_REPLACED

I finally bought a cookbook! I'm always a bit … END_OF_DOCUMENT_TOKEN_TO_BE_REPLACED

*Today's post is brought to you by Healthy Starts … END_OF_DOCUMENT_TOKEN_TO_BE_REPLACED

I didn't have anything but a selfie -- sorry! … END_OF_DOCUMENT_TOKEN_TO_BE_REPLACED

The Day Before the Marathon I knew it was risky … END_OF_DOCUMENT_TOKEN_TO_BE_REPLACED 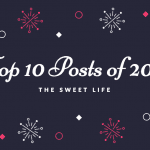 Hi everyone! So...I spent quite a few hours this … END_OF_DOCUMENT_TOKEN_TO_BE_REPLACED