*As part of my partnership with Reebok, I attended the 2013 Reebok Crossfit Games in Carson, California. It was everything as awesome as you might expect 🙂

Don’t miss my first three posts on the games (below)!

The last day of games was by far the best –– though it is hard to pick a favorite. The leaderboard was getting set but so many hard events still remained. To win this thing, these athletes had to get through one hell of a day. They weren’t even told the last workout until the day of. That is the beauty of Crossfit — the unexpected, the awesome.

The last WOD was insane — called The Cinco and included two brutal halves. Here are the details:

I can’t seem to find the official women’s weights online right now but sufficient to say, they were heavy. Oh man it was rough watching them get through this — it was pure beast mode.

Before The Cinco (pix of that toward the bottom of post), there were a few others to get through though. Earlier in the day, wall burpees, snatches, and GHD situps.

Part of the fun of the weekend was the friendly rivalry between Rich Froning and Jason Khalipa. Khalipa was champion in 2008 and has wanted to win again ever since. He said he put in the all the training to make it happen this year. And man, did he hold his own. Though Rich ended up winning — Khalipa came in second so the whole weekend really was this 2-man race.

Froning is like a machine — watching him complete the workouts sometimes looks effortless. Is he beatable? He’s only 27 and has now won 3x in a row. Insane. Hearing the guys talk at the presser post-Games was pretty funny. Rich called their competition a “dual” but both were friendly.

There were also team competitions going on — and check out this crazy “inch worm” exercise that was going on — looked brutal. In fact, the announcers were saying there was blood all over these logs because people were hitting their ears with them.

Now…pix from the Cinco (starting with TWO of Froning and Khalipa side by side.)

I caught a cool video of the guys doing muscle ups. Get through the three seconds of chaos in the beginning of this clip and then be amazed at their awesomeness:

The handstand walks were out of this world. Most athletes made it most of the way only stopping once or twice!

Rich Froning won both of the Cincos. He was battling Khalipa on the lunge walk but he pulled through strong, knowing that as soon as he finished — he’d be crowned the threepeat winner of the Crossfit Games. You can see his last step above — that’s determination!

Even though Sam Briggs didn’t win the Cincos, she still came in good enough to cash in on her first place spot for the women! With last year’s first and second place winners out (Annie Thorisdottr and Julie Foucher), this was an opportunity for women. Sam had recently taken a year off but trained her butt off and well, it worked! She was followed in second place by Lindsay Valenzuela — her training partner!

Right after the Games, we got to attend an exclusive Reebok press conference with the winning athletes! How cool is that? I was in the front row and knew I would be a little starstruck.

I snuck out to hit the restroom early and the next thing I knew I was in the next room with all the winning athletes who were eating, chatting and celebrating. Woa. I didn’t know what to say to them besides, “Congratulations everybody!” At first, it was just Rich Froning and he was like, “Thank you very much.”

I felt intimidated after watching these people compete all weekend but they all seemed totally normal — except for the whole jacked as hell thing. Lindsay Valenzuela’s body up close is completely amazing, by the way. I was basically checking out girls all weekend — in total envy of their awesome muscles — you don’t have to be a lesbian to think girls are hot 🙂

Khalipa was the most talkative of the bunch. He was clearly excited (and crushed three beers during the presser, ha ha). Someone asked him what he might have missed in training to not have been number one this year. He said, nothing — “he [Froning] is just better.”

Ben Smith was really quiet — pretty humble about it all — while Froning made it clear he’ll be back next year to aim for a 4th win. A quick vid of the boys:

I asked third place winner Valerie Voboril how she pulled out her speedy win in the 2007 workout (they did a repeat of a Games workout from ’07) — and she said you just keep breathing and looking ahead. I really don’t know how they pull the endurance out of them with such high intensity moves but man is it inspiring.

All six seemed raring to go for the 2014 Games — and everyone seemed really down to earth people that would be fun to hang out with. I loved getting this up close and personal view so soon after their wins!

I’ve got a FEW more things to share with you about the Games before we go back to regularly scheduled posting so stick with me.

Did you watch the Games online or on ESPN? What do you think of the competition? Do you find it inspiring to watch?
« Christmas Abbott Teaches Me NASCAR Pit Crew
Book Review: Big Brother by Lionel Shriver »

From Ericka: While I'm gone, I have some … END_OF_DOCUMENT_TOKEN_TO_BE_REPLACED

I love this person and I thought I'd start the … END_OF_DOCUMENT_TOKEN_TO_BE_REPLACED

Last Friday I was getting ready to head to Indiana … END_OF_DOCUMENT_TOKEN_TO_BE_REPLACED 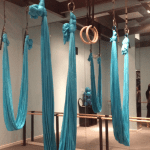 Aerial yoga. You had no idea I was getting so into … END_OF_DOCUMENT_TOKEN_TO_BE_REPLACED

I've been trying really hard lately not to make … END_OF_DOCUMENT_TOKEN_TO_BE_REPLACED 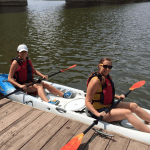 Hello everyone! Welcome to Monday, where you can … END_OF_DOCUMENT_TOKEN_TO_BE_REPLACED

Posting pix of my niece and nephew makes me happy … END_OF_DOCUMENT_TOKEN_TO_BE_REPLACED 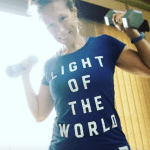 *Scroll to the bottom for my first Facebook Live … END_OF_DOCUMENT_TOKEN_TO_BE_REPLACED