So…as you know, I’m signed up for the Reebok Crossfit Open this year. It’s just for fun and team camaraderie and my box, Trident Crossfit.

But even still, the pressure is on. I mean, like I am checking the Reebok Games website on Wednesday nights at 8pm on the dot (that’s when they announce the WOD for the week) because I know I’ll be doing it the next morning at 6am.

I’m always a little nervous. Plus, someone is watching and judging you, unlike in normal workouts where you are really just doing your own thing.

When I checked the workout for WOD 13.3, I was not excited. Here’s what I saw:

On the Crossfit Facebook page, someone commented, “So, that’s 150 wall balls for time then?” Ha, exactly what I said.

Initially, I thought it was possible to get through 150 wall balls and perhaps try a few double unders.  NOT.

This was me for the full 12 minutes:

Normally, I’m a wimp and go for a 10lb ball during wall balls. If I had that option, maybe I could have hit 150.  But required weight for this was 14lbs so it immediately felt heavier than normal.

I swear, even after the first 10, I was like — crap. Then, three minutes in, I seriously wanted to quit. Like I’ve never wanted to quit in the middle of a Crossfit workout but the thought of doing 9 more minutes of continouous wall balls made me want to cry. Plus, I had someone judging me so I was under pressure. This workout is traditionally known as:

My partner was very adamant about the “no reps,” which means if you don’t squat low enough or hit above the red mark on the wall, it doesn’t count. I probably had about 15 “no reps,” which take just as much energy as a real rep so it’s a total waste.

I seriously hated every second. And, I’m embarrassed to admit that I only made it to 105 reps. I feel like such a weakling when doing these WODs but…at least I am trying. And I’ll keep going. Hoping next week’s is more fun!

I got a shot of a couple of the souls who actually made it through 150 and got to Double Unders. I’m sure there was someone who got to muscle ups but I don’t know who yet!

I’ve been in the habit of watching the live shot head to head workout between the elite athletes in the morning before I head to do the workout myself. I’m not sure if this is a good or bad idea. On one hand, it gets me pumped up. On the other, it gives me unrealistic expectations for myself.

Anyway, I’m excited because Reebok is sending over some awesome new clothes just to sport for the Open. Can’t wait to show them off! I also have a new pair of shoes you will love! Lastly, I have an really fun, awesome challenge coming up on the site and I’m really hoping you will all want to participate. Stay tuned for that coming up next week!

What challenges are you facing with fitness right now? Are you ever disappointed with your progress? How do you handle it?
« Why I’m Not Dieting For My Wedding Day
Easy Work Out in the Park »

My new domain. So, I did it.I cancelled my … END_OF_DOCUMENT_TOKEN_TO_BE_REPLACED

It's 4th of July weekend so you know what that … END_OF_DOCUMENT_TOKEN_TO_BE_REPLACED

Mary Katharine knows something about parenting in … END_OF_DOCUMENT_TOKEN_TO_BE_REPLACED

I've discovered something. My inspiration has … END_OF_DOCUMENT_TOKEN_TO_BE_REPLACED 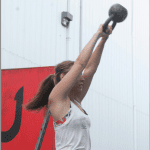 I was born into a family of bad backs. My Dad has … END_OF_DOCUMENT_TOKEN_TO_BE_REPLACED

Last night, I watched Eat, Pray, Love for the … END_OF_DOCUMENT_TOKEN_TO_BE_REPLACED

*Thanks to my sister, Lindsey, for writing this … END_OF_DOCUMENT_TOKEN_TO_BE_REPLACED