I love a beautiful weekend and boy, we had one.  You know how it started for me — taper time! Yes, my weekends have revolved around LR’s lately (long runs for you new kids 🙂 Truthfully, I LOVE a good long run.

As much as I dread them, I love them. Even though this weekend I was kept saying, “uh, I don’t want to run 14 miles,” I realized — as I was running 14 wonderful miles in the perfectly cool, sunny weather — I was loving it.

To ipod or not to ipod?

So I ran the 14 with ipod this time — though I got kind of sick of it by the end. Again, the question arose — to run the marathon with or without the ipod? I have only run one marathon with — and it worked out well for me.

There’s the option of running with it available (like I’ve read about SR doing, breaking it out at like mile 18-ish) but then again, I don’t want the dang ipod rubbing up on my arm the whole time until then.

One thing is for sure — I WILL be using my brand new, customized YurBuds earphones. I was gifted these and I was NOT disappointed.

I’ve always used the cheapest earphones I could by at Target but after running with YurBuds, I don’t think I could go back. They are great because they are customized to say secure in your year, not to mention comfy and the sound comes out great.

I know that if I decide to bring my ipod along during the marathon, my songs and my YurBuds are going to help me go #BeyondTheWall when that moment hits around mile 20.

After a glorious 14 miles, I was ready for the rest of my weekend. Friday night, I appeared on a small radio show, hosted locally in Alexandria. It was neat to go in studio and talk about the past week in politics. Here’s a peak inside the studio:

It was fun to be on a radio show — haven’t done that in a long time. I’ve been getting media training at work so hopefully I’ll be doing a bit more of it in the future!

Saturday after the run, Rick and I headed to Georgetown where I stopped in at Sprinkles, to get the best cupcake ever! The line was long but the cupcake was worth — dark chocolate all the way baby:

We then went to see “The Master” at the movie theater. Though Joaquin Phoenix is slated to win an Oscar for his performance, the movie was realllly slow. It’s pretty much about the advent of Scientology, which I know nothing about. It was loooong. Phillip Seymour Hoffman is by far one of my favorite actors but even he couldn’t save it for me. Also, the wonderful Amy Adams is in it — but, I will not be renting this one.

Lastly, I have finally tried my hand at video editing — after all this time. Um, not exactly professional material but…take a look at my FIRST finished product ever. No, I am not trying to use this as a real work out video but you gotta start somewhere, right?

QUESTION: Do you wear your ipod during races — particularly LONG races? Have you tried both and do you prefer one? I’m really not sure what I will do yet!
« The Long Run: A Review
StubHub + The Black Keys = Sweet »

Hello everyone! It's a beautiful Friday and I'm … END_OF_DOCUMENT_TOKEN_TO_BE_REPLACED 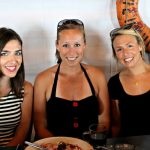 *This post is sponsored by Crest Pro-Health Tarter … END_OF_DOCUMENT_TOKEN_TO_BE_REPLACED

Last night, I made a delicious BBQ chicken salad. … END_OF_DOCUMENT_TOKEN_TO_BE_REPLACED

When I saw this the other day, I immediately … END_OF_DOCUMENT_TOKEN_TO_BE_REPLACED

There's a tide turning in the United States. It's … END_OF_DOCUMENT_TOKEN_TO_BE_REPLACED 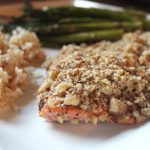 Right now, I'm in the Outer Banks, NC for a … END_OF_DOCUMENT_TOKEN_TO_BE_REPLACED

I have totally been MIA this week. I thought a … END_OF_DOCUMENT_TOKEN_TO_BE_REPLACED