It’s election season and you feel like unfriending some of your friends on Facebook — and you know why. But social media is the easy outlet for every whine and moan  or praise and defense ordinary people have about politics.

The question is — how much is too much — and who can really determine that measure?

I purposely don’t discuss politics on The Sweet Life. Too much division, too much negativity — and this is supposed to be a place of inspiration, encouragement and hopefully, happiness.

I also don’t post about politics on Facebook (maybe once in a blue moon but that’s it). It used to be my go-to when I was a fresh-faced DC intern/young professional full of strong opinions about everything going on in government.

I’m not sure when I stopped doing that but at some point along the way, I gained some wisdom about government, my own opinions and how I want to be perceived. Also, when I realized that I don’t really want people forming opinions about who I am based on my off the cuff political commentary — especially those on my Facebook page, almost all of whom I know in “real life.”

After attending Fitbloggin’, and talking some of my social media buddies, the topic of politics came up a couple of times (not in an argumentative way but a conversation about this very subject.)

I’m a little sheepish when talking about Twitter and politics because that is my sounding board at times. I work in a distinctly political environment. My job is political communications and I’m not shy about sharing our material because with 10,000+ followers, I can get our material out to a LOT of people sometimes.

I also overshare my opinion at times — especially on issues I’m most passionate about (if you follow me or know me, you might know.) But I never send a tweet without thinking about the many followers I have that started following because we share a love of fitness, blogging and healthy living. I hate knowing that I could turn people off. I hate knowing that there are people that choose to stop following me because of my political opinions.

Personally, I would never unfollow someone for it. I’m not big on hating on a person just because I disagree with them. I also don’t really get offended by other people’s opinions — and I have no problem being friends with those on opposite sides of the line than me. I’m a people person and see the human spirit as far more important than one’s political beliefs.

That being said, I do have political beliefs. Sometimes, I wish I didn’t care about politics. Sometimes I just want to run away from whole circus, raise money for my orphans in Congo, do things that lift people up and bring people together only. Sometimes, I get on my high horse and want to wring the necks of those who seem to care ONLY about politics and hardly lift a finger or say a word about personally helping the needy of all kinds.

But then I remember that someone has to care. Someone cared in the 1700s and somehow this great country called the United States of America was formed. Someone has to care so responsible, principled leaders can be elected. I have to care because I have the privilege of voting to elect those who lead and I owe it to myself and this country to be informed about why I’m voting for those people.

So…I care. But I don’t care if you are different than me — or you want to elect a different person than me. The important thing is people care and are educating themselves either through the news, media, or even degrees online.When in doubt, choose to love those who are opposite or different from you. Stand for what you believe in but remember that we’re all just people trying to do the right thing.

Do you have any opinions on “how much is too much?”

« Workout At Lunch: How to Crush 7 Miles (Or Less)
Mile Markers: A Review »

This week, the "Worth Your Time" podcast turns one … END_OF_DOCUMENT_TOKEN_TO_BE_REPLACED

He’s 3 and a half, he’ll tell you. He wakes … END_OF_DOCUMENT_TOKEN_TO_BE_REPLACED 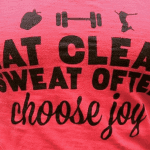 *First of all, thanks to everyone who poured on … END_OF_DOCUMENT_TOKEN_TO_BE_REPLACED

I heard it a million times: You will probably … END_OF_DOCUMENT_TOKEN_TO_BE_REPLACED 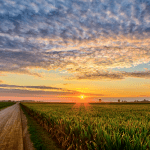 *Photo from here. So I've been keeping a secret … END_OF_DOCUMENT_TOKEN_TO_BE_REPLACED

On the rooftop in Portland, Oregon at … END_OF_DOCUMENT_TOKEN_TO_BE_REPLACED

Trillia Newbell has a voice that radiates joy. … END_OF_DOCUMENT_TOKEN_TO_BE_REPLACED

I never thought a lot about adoption until two … END_OF_DOCUMENT_TOKEN_TO_BE_REPLACED

Team Chevy! I don't have all the names. That's me … END_OF_DOCUMENT_TOKEN_TO_BE_REPLACED