I’ve been dying to do a race with my sister for forever now. We ran the Chicago Marathon together in 2010 but there just aren’t a lot options for races when we live so far apart.

When I found out the Indianapolis Women’s Half-Marathon was scheduled the weekend I was visiting Indiana, it was on! Originally, it was going to be my mom, both of my sisters and I but those two punks backed out — one because of injury, one because of laziness (hi Shelby!)

No matter — Lindsey was itching to run her first post-baby race and I am mid-marathon training happy to toss in a half-er on a Saturday. It’s odd that this is only my third registered half marathon even though I’ve run 13.1 miles in training a gazillion times — never mind 5 full marathons. Doesn’t really make it any easier though.

That was us before the start, which was at 7am in downtown Indy. It’s amazing the things you can do Indiana — like leave your house 20 minutes before you have to be somewhere AND find parking. What is that? Someday I’d like that life to exist again and it did for this day!

It was my first all-women’s race, which was all good, though didn’t make much difference. I’ve gotta say I’m kind over the tutus and the butterfly wings you always see but maybe I’m just being a scrooge 🙂

Linds and I were going to try to stay together but that lasted about 1.5 miles before I said, “I can’t keep this pace” and she zoomed off without me.(The girl does have like a 3:20 marathon PR so…)

I started out with some stomach issues but decided to ignore them. All thoughts of a PR vanished once I let Lindsey take off without me. But…without the pressure of her pace, I eventually settled back in to my own semi-fast pace.

The miles ticked by slowly as I trailed a group of girls, trying desperately to pass one that never happened. I’d speed up and then realize I couldn’t handle the pace and slow back down. I went from feeling like I could conquer the world to wondering why I ever run at all. I eventually gained back the desire to PR, as I heard the times and realized it was possible.

My sister said something that stuck with me, “you have to be willing to hurt.” I kept telling myself that — you can’t do this unless you are willing to hurt and not just for 30 seconds. It hurts? Yeah, I know it hurts!

With little sleep, an upset tummy and sore legs from leg work the day before, the PR didn’t happen. I was two minutes shy but felt decent about the time with all those details tacked onto it.

It was nice to have Mom & Dad trailing along the running route on their bikes. For once, I was able to get a photo of me running a race without a watermark and having them there at the finish line was fun. We all talk about running races all the time (my Dad even just did a Tough Mudder recently!), but I’m hardly ever WITH them when I do it.

The Indy Women’s Half Marathon provided complimentary massages (what? that never happens!), roses, food and beer after the race too. Luckily, the rain held out and the weather felt pretty darn good. I thought it was well put together and though Indianapolis is not the most beautiful city in the world, the route was good and fairly flat.

My sister works for Back on My Feet Indianapolis and it was great to see that whole crew out at the water stops, with BoMF t-shirts everywhere! Interesting how the chapter there seems different from our DC chapter actually.

Also very cool? As I was waiting in line post-race, I saw a sign with #Fitfluential on it and immediately had to go find out who’s it was! That’s when I met Jill, who blogs at Fitness, Health & Happiness. It was so neat to randomly meet a Fitfluential ambadassador like myself so of course we had to take a pic together. I look a little weird in this one…but whatever!

That’s it for the Indy Women’s Half Race Report. I had a great time and remember there is something I love about the 13.1 miles — hard but not too hard, ya know? The too hard is coming up in 7 weeks and then we’ll know if my methods paid off!

QUESTION: What do you love about the half-marathon distance?
« “It’s a Family Tradition”
Orphanology »

Today, I'm buying a bib for the Marine Corps … END_OF_DOCUMENT_TOKEN_TO_BE_REPLACED

Fun review for you today! I've heard about a lot … END_OF_DOCUMENT_TOKEN_TO_BE_REPLACED

I started my blog, The Sweet Life, in 2011 after … END_OF_DOCUMENT_TOKEN_TO_BE_REPLACED

Hey YOU! Thanks for reaching this page :) The … END_OF_DOCUMENT_TOKEN_TO_BE_REPLACED 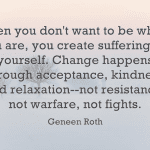 I was listening to Geneen Roth on the Oprah … END_OF_DOCUMENT_TOKEN_TO_BE_REPLACED 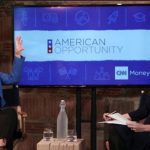 Do ya like the feel of stretchy fabric that glides … END_OF_DOCUMENT_TOKEN_TO_BE_REPLACED

I don't have anything specific to post about but … END_OF_DOCUMENT_TOKEN_TO_BE_REPLACED

Hi everyone! I am Michelle from That's so Michelle … END_OF_DOCUMENT_TOKEN_TO_BE_REPLACED