So, I’m a little manic about my marathons these days.  I’ve basically transferred from training for the Philly Marathon to the Marine Corps Marathon at this point.

I originally planned on Chicago — which I decided not to go to b/c of costs — but now I’m regretting that and wishing I had just stuck with it. Then, I’d be on my way but alas…

I was doing Philly with a group of people — or so I thought. It turns out, the folks I thought I was “going with” all made travel/hotel plans without telling me and I got stuck by myself. I’ve tried in vain to find a roommate (hotels are really expensive the night before the race) and in general just have a bad attitude about the whole thing now.

Basically, I feel like I’m in sixth grade again and got “left out.” Ha. I’m probably taking it way too seriously but…it still sucks.

If I go to, it will cost me at least $300 for one night in a hotel — a hard number to reconcile especially when the “fun” is kind of dissipated now. I know marathons are your own “thing” but traveling 4 hours away with friends was at least half the reason I signed up.

Rick has offered to go with me but it’s just not the same with someone who isn’t there to participate with you. I love him for offering but I’m still not feeling the excitement anymore.

The only reason I am disappointed to be solely focused on Marine Corps is because it’s my fourth time doing it. I was excited to try a new race, especially one that is known for being relatively flat (Philly).

I also like having a “backup race” just in case weather is terrible or my body decides not to cooperate on race day and I need to redeem myself later.

That being said, I’m going to give MCM all I got — though I’m already envisioning that round of hills in the first 8 miles. I’m also envisioning the endlessness that is miles 22-24 in Crystal City. It’s all good.

I haven’t made a final decision on Philly just yet. I’ve got a room saved and might wait to cancel until after MCM. If I get my sub-4 goal at MCM, I will be more tempted to cancel Philly. Oh anyway, the first world struggles of a slow marathoner…

Yesterday, I did a tempo run (hooray for me doing real mid-week training!). My training sheet said 5 miles at 8:22 pace. Well, my phone was acting up and I couldn’t get it to keep pace correctly so I just set it up so I could look at my averages afterward.

I ran fast…not sure of my pace and till it was very hard. I struggled, I played mental games with myself to keep pace. I told myself the more I can run fast tempo runs before the marathon, the easier it will be to keep a faster pace during the marathon. I imagined things I might say to myself during the marathon just to keep me chugging through these tempos — “I am a WARRIOR!” (heh heh) and the like.

Next week,  I want to try some repeats and possibly hills. It’s crazy how much work and planning is required if you really put in the right training. I wish I had a coach to just tell me what to do and push me all the time!

But, no matter what, we know THIS is true:

QUESTION: What challenges are you facing in marathon/half-marathon training these days? 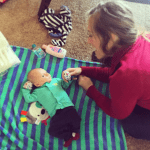 When I saw this the other day, I immediately … END_OF_DOCUMENT_TOKEN_TO_BE_REPLACED

A photo I took in Kenya at sunset.One of the most … END_OF_DOCUMENT_TOKEN_TO_BE_REPLACED

Oh silly rhyming. Had to say something to get your … END_OF_DOCUMENT_TOKEN_TO_BE_REPLACED 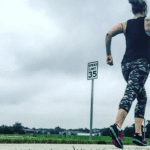 Last week, I ran 10 miles in a row without … END_OF_DOCUMENT_TOKEN_TO_BE_REPLACED 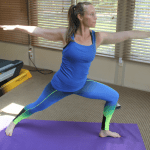 *This post is sponsored by Babble Boxx I've … END_OF_DOCUMENT_TOKEN_TO_BE_REPLACED

You won't always have this kind of motivation, … END_OF_DOCUMENT_TOKEN_TO_BE_REPLACED 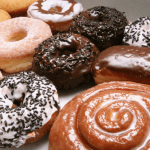 You think I'm kidding? I'm not. Here's what I ate … END_OF_DOCUMENT_TOKEN_TO_BE_REPLACED

I didn't have anything but a selfie -- sorry! … END_OF_DOCUMENT_TOKEN_TO_BE_REPLACED