It’s been awhile since my last race with Back on My Feet but the CSS crew was out with a vengeance on Saturday night for the Crystal City Twilighter 5k, which didn’t begin until 8:30pm!

I’m an early morning girl and had never done a late race before. I’ve always been interested in doing on though so here was my chance. Unfortunately, I wasn’t feeling super great last night so it wasn’t my best night.

That being said, I had a great time with everyone and was proud of them all for finishing. It had been drizzling rain all day but that didn’t stop us!

I was glad to spend some time with Arnita, because she is the only girl on our team right now. Must be rough being the only one! But…I was especially happy because she had recently considered quitting but changed her mind and I can tell she’s been enjoying it.

Her one-year sobriety anniversary is coming up and that is a huge milestone for those in the program. I’m so glad BoMF has been a part of the healing process for her.

Here’s our warm up with the serenity prayer:

I ended up running with Larry, who had an injured foot so we went pretty slowly, which was fine by because of my stomachache. It was kind of nice running in the evening — and thankfully the hot hot temps of the past couple of weeks had settled down.

The race was completely packed, which is always fun. I shot this little video just a few minutes before we crossed the starting line:

One of the ladies from BoMF is a walker and she walked the whole way. She came in dead last but the cool thing was we all waited for her — as did the race programmers who left up the finish line, timing board and kept their photographer. When she came up, we all jumped in to finish the race with her and cheer her on to the end. That’s kind of what it’s all about 🙂

QUESTION: Have you ever run a late race? Do you like them better than morning races?

Hi lovelies. So here's the deal, I don't have time … END_OF_DOCUMENT_TOKEN_TO_BE_REPLACED 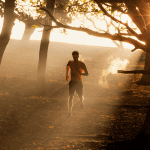 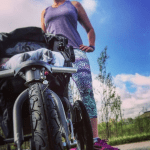 Before I was even pregnant, I knew I wanted to be … END_OF_DOCUMENT_TOKEN_TO_BE_REPLACED 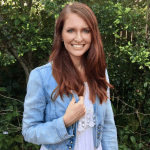 Pastor and mom of 4 Melanie Lynam lives in … END_OF_DOCUMENT_TOKEN_TO_BE_REPLACED

So it's almost over. The election that is. And, … END_OF_DOCUMENT_TOKEN_TO_BE_REPLACED

I had such a fun weekend! It started off Friday … END_OF_DOCUMENT_TOKEN_TO_BE_REPLACED

I admit it -- I've been a slacker on making dinner … END_OF_DOCUMENT_TOKEN_TO_BE_REPLACED

I made food! I know, it' doesn't happen often … END_OF_DOCUMENT_TOKEN_TO_BE_REPLACED