A few years ago, I read the Crystal Renn autobiography, “Hungry.” You know Crystal — she was the supermodel turned plus size supermodel? She developed a severe eating disorder as a young model and after years of abuse, realized her body was simply not meant to be stick thin. So, she went through a process of recovery, gained quite a bit of weight and then made a comeback as a plus-size model. She was respected still and landed a lot of gigs despite not being the “skinny kind.”

The book helped me immensely. One of Crystal’s bad behaviors was over exercising. Like 7 hours sometimes and a constant obsession with burning calories. Though I’ve never gone to those extremes, I’ve had points in my life where I was obsessive about my workouts. As luck would have it, I read the book right at a time when I really hurt my back. I was told I could not run, take aggressive walks or even do the elliptical! Recumbent bike and swimming were all I was “allowed” to do.

I could only take so many minutes on that bike and swimming is so good for you but I really disliked doing that as well. Luckily, when I was looking for apartments for rent I was smart enough to pick the one with the lap pool in the building at that time. I chose to swim three times a week because I could not bear doing no exercise. That being said, I had to cut back significantly. It was hard. Really, really hard.

During her recovery process, when she finally let go of control in that way, Crystal said she stopped working out all together. It had become pure punishment — hellish almost. She had to get rid of that stigma. When she did start up again, it was just yoga. She did only things she enjoyed and made her body happy. I took the book to heart, realizing exercise was a punishment to me as well. I hated doing it and did so mostly to crush calories. Now that I was unable to do so, I had to let go of control as well.

I told myself I would only do exercise I enjoyed and would live in peace as my back healed. It was January at the time, the perfect time to let go and let God. I let myself eat freely for the most part (though conscieously tried to listen to my body and not binge — another issue at for another post) and as much as I could, let go of control. Much to my surprise, I did not gain 20 pounds in the months of recovery. For the first time in my life, I realized I didn’t “need” hours and hours of exercise to not get fat.

I might have grown a little softer overall but I was okay. When my back healed and I could get back to business, the obsession I’d held on to before was extremely minimized. I re-arranged my mental approach to exercise. Hurting my back (and reading the book) had been the best thing for me in terms of this problem. It was soon after that I signed up for the Chicago Marathon and began training with a group. That was my first step to a healthy, joyful approach to my exercise.

No longer was it punishment – it was amazing what I could do with my body. I had community, I had goals, I had a reason behind what I was doing. Recovering from my “issues” — which began at the age of 13 — has been a long, compartmental process. The mental, the actions, the rationalities, the perspectives, the educating, the epiphanies, the wisdom….it has been a long road.

People often roll their eyes at “self-help” books but they exist for a reason. “Hungry” was not technically self-help but I certainly used it as such. I thought of it this week because recently Crystal has come under fire for her thin appearance. When the book was published, she was probably around a size 12-14 and was embracing that kind of body. (Of course she is absolutely gorgeous as well). Now, she’s barely recognizable as that girl — having lost a ton of weight — and admittedly gone back to a more rigorous exercise routine. Crystal Renn today:

She is not an unhealthy looking thin in my opinion but it’s hard not to wonder what could be going on in her head. The plus-size community has been outraged, saying she betrayed them. But it’s hard for an outsider to judge. Perhaps she just got “healthy” about exercise like me — started enjoying it for other reasons. It’s possible. I have to say, though, there was something nice about this beautiful girl embracing the “bigger” body type.

Despite the controversy about Crystal that exists today, I think her book is a winner. If you have struggled with exercise addiction or an eating disorder — please grab a copy and take it to heart. You are way more than your body. You will be loved by the people that love you if you take a mental/physical break for awhile. Embracing these concepts is essential and your life will be more peaceful and joyful for it.

These days, when I am burnt out, I don’t push myself. This week has been like that so I’ve just been doing my 45 min. of Crossfit and leaving it at that. The thoughts are there that I need to do more — but I’m telling them to shut up. My body knows what it needs and more isn’t it this time around.

Have you ever struggled with finding exercise freedom?

Have you read about Crystal Renn? What do you think about it?

Got to see my old roomie Amanda this weekend at … END_OF_DOCUMENT_TOKEN_TO_BE_REPLACED

Can you tell it's still freezing out? We're … END_OF_DOCUMENT_TOKEN_TO_BE_REPLACED

Milestones. They artfully mark the progression of … END_OF_DOCUMENT_TOKEN_TO_BE_REPLACED

Hello hello! Yesterday, I had an awesome … END_OF_DOCUMENT_TOKEN_TO_BE_REPLACED

Everyone knows that fish is one of the healthiest … END_OF_DOCUMENT_TOKEN_TO_BE_REPLACED 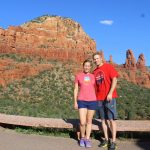 It was blogging from Sedona because the internet … END_OF_DOCUMENT_TOKEN_TO_BE_REPLACED

*Thanks to my guest blogger, Lindsey! Her paleo … END_OF_DOCUMENT_TOKEN_TO_BE_REPLACED

Friday I got the opportunity to spend the day at … END_OF_DOCUMENT_TOKEN_TO_BE_REPLACED