It’s hard to wrap your head around the troubles of the world. I know I’ve been hitting the blog hard recently about some of these things. But I’m just one person — and I can’t stop talking about it. My concerns are many — sporadic, varied, important. But if one person reads something I write and finds a reason to do something about it, then it mattered.

Yesterday, I ran across the following video. It’s an Israeli man who started a campaign called, “Iranians, we love you.” The most divisive and well known issue in the world is perhaps the crisis in the Middle East. The ongoing, neverending crisis that pits men and women that have never met against one another.

The video says it much better than I can. Please watch it:

Happy 2nd Birthday Back on My Feet!

This morning I went to the Birthday run for BOMF DC’s 2nd birthday. It was this day last year that I went to my very first morning run. Granted, it took me about 6 more months before I began going regularly but it planted a seed. Now, I’m about to take on a core role on our team — something I never thought I would do.

But, the truth is this, I would rather voluntarily spend my time with people trying to be better, with people full of joy, full of hope than do almost anything else. The hope that radiates within our group is palpable. When you are standing with, running with, talking with people that have a second lease on life, you can’t help be feel truly alive yourself.

I thank God every time I leave a meeting. I thank Him for what He is doing through this program — changing lives when we invoke his name in the serenity prayer every morning — and changing my life. I’ve become better, stronger, happier. I’ve no doubt that Back on My Feet was God-inspired and He’s using it to do great things. That being said, a local news station broadcast this video of some of our runners. All those that you see in this video are people I run with every week:

On a related note, Street Sense. Street Sense is a paper put out in the DC community. According to their site, their mission is this:

To offer economic opportunities for people experiencing homelessness in our community through a newspaper that elevates voices and encourages debate on poverty and injustice. The newspaper features news, editorials, poems and art about homelessness, poverty, and other social issues. About 50% of the paper is written by homeless and formerly homeless individuals…

Long story short — it’s a job, its responsibility, it’s giving people a way to make their own money. Every time you buy a Street Sense paper, you are helping give that vendor an opportunity to do better in life. It’s a business and it gives these people a chance to feel good about themselves and make an income.

I feel like all I ever hear about in this town is what the government is doing or not doing. I don’t care what your politics are — it’s up to YOU to do something. The government will always be imperfect. There are always gonna be people hurting and struggling. It’s individuals that can truly make a real, personal difference in people’s lives. Here are just a few of the folks in the DC-area you can help by purchasing Street Sense:

After hearing what Street Sense is all about, personal empowerment and self-sufficiency, I decided I would buy them often. They cost $1 but it’s nice to throw in a little extra. How much did your latte cost? How much did you spend in beer this weekend? Make a sacrifice. It matters.

« Good Things
Things You Think About While Running A Marathon »

Yesterday, I was able to write in one of my … END_OF_DOCUMENT_TOKEN_TO_BE_REPLACED 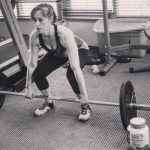 Why not start February off with a bang?I'm kind of … END_OF_DOCUMENT_TOKEN_TO_BE_REPLACED 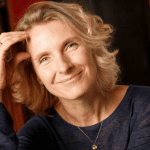 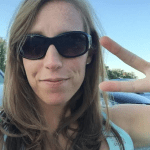 I'm trying to embrace the dog days of summer, as I … END_OF_DOCUMENT_TOKEN_TO_BE_REPLACED

So I am really excited to read this book! I heard … END_OF_DOCUMENT_TOKEN_TO_BE_REPLACED 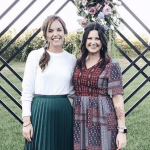 Motherhood and the Gospel? Do they go together? … END_OF_DOCUMENT_TOKEN_TO_BE_REPLACED

I'm always game to try something new, so when the … END_OF_DOCUMENT_TOKEN_TO_BE_REPLACED