This weekend I had one goal — to make one entree and one dessert and one entree from the many items I’ve pinned recently on Pinterest. What’s the point in pinning if I never do anything with it, right?

I chose Key Lime cupcakes to start with. I’ve never made anything key lime and it had been some time since I broke up my nifty cupcake carrier so off I went to get the ingredients. Thanks to My Madison Bistro for the idea!

You guys — best frosting ever! Probably because it had a stick of butter, a package of cream cheese and a bunch of powdered sugar. Also, the cupcakes themselves…made with cake flour, buttermilk and all kinds of other goodness. These were heavenly.

I followed the directions for these to a T — from the room temperature buttermilk to sifting the flour and powdered sugar and mixing everything in in segments. If you know me at all, you know I tend to skip directions and just go for it sometimes — but I wanted these to be awesome! Here’s a little video:

They key to making the cupcake part really good — for me — is to make sure you don’t overcook. I did two batches and the second one I did overcooke. But the first batch, I left them in for only about 19 or 20 minutes and they came light, fluffy, like buttah 🙂

Using a mixer fitted with the paddle attachment, beat the butter on low until it’s softened a bit. Add the sugar and increase the speed to medium. Beat until fluffy, about four minutes. Add one egg at a time, beating well after each addition. Add the lime juice, zest, and food coloring and beat until mixed. (The mixture will look curdled.)

Add the flour in three additions, alternating with the buttermilk, beginning and ending with the flour, scraping down the bowl as necessary. Mix on low until just combined. Fill each cupcake liner 2/3 full.

Icing:
Using a mixer fitted with the paddle attachment, beat the butter on low until it’s softened a bit. Increase speed to medium and add the cream cheese one piece at a time. Reduce speed to low and slowly add powdered sugar until combined. Beat in zest.

« Travel: Dream a Little Dream
Twitter for You & Your Organization » 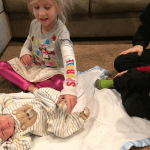 We moved here for family and I'm trying to take … END_OF_DOCUMENT_TOKEN_TO_BE_REPLACED 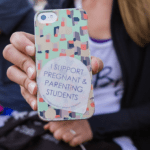 *This is the start of a new series, where I will … END_OF_DOCUMENT_TOKEN_TO_BE_REPLACED 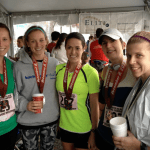 Ugh...never thought I would say that. And I kind … END_OF_DOCUMENT_TOKEN_TO_BE_REPLACED

After a weekend of less than healthy food and way … END_OF_DOCUMENT_TOKEN_TO_BE_REPLACED

What do you believe you are? Make it … END_OF_DOCUMENT_TOKEN_TO_BE_REPLACED

Best News Ever: I can run again! I can hardly … END_OF_DOCUMENT_TOKEN_TO_BE_REPLACED

If you know me at all, you know I love reading. … END_OF_DOCUMENT_TOKEN_TO_BE_REPLACED 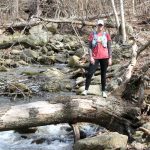 “Thank you LÄRABAR for sponsoring today’s post and … END_OF_DOCUMENT_TOKEN_TO_BE_REPLACED