Positive guilt. Ever struggle with it? I actually just made that phrase up because it’s all I can think of to describe what I’m feeling. Let me explain. Ever since I started running with Back on My Feet, I’ve been a huge advocate for the organization. They are simply amazing.

I run two mornings a week (usually) and try to consistently spread their message and group online via twitter, blog posts and Facebook. I am running some of their social media and really can’t contain my enthusiasm for the amazing work they do.

But then, there’s this. They do A LOT of stuff. There are alumni ceremonies, Saturday long runs, group gatherings for baseball games, parties to celebrate a year of sobriety for some members and more. These are all GREAT things and I’m so glad they provide so much activity for residential members to participate in. I mean, when you are in recovery, you NEED things to keep you busy.

But, I always feel like I’m not doing enough. I feel the need to go to everything and then when I can’t, I’ll pull away and go to nothing (aside from the morning weekday runs.)

Positive guilt. I’m already volunteering but I feel the pull to do more. Am I just whining because I don’t want to give more of my time? Am I just being selfish? Sometimes, I don’t know. Maybe silly but true.

We had a team meeting this morning and it got to me. The relationships formed at BOMF are priceless and I don’t feel that I’ve really had one of those yet — precisely because I’m not there as much as I need to be.

You talk to people who everyone else gave up on — but now they are here and you are that someone they needed to give them one more chance.

Back on My Feet is much more than the AA meetings they attend — it’s family. One of my running friends there told me he doesn’t have any other friends. He spent Christmas alone rather than join family members who are “enablers.”

I went in feeling intimidated — me, a middle class white girl — trying to be friends with former drug addicts from inner city DC? It’s easier than you think. Color, class, family, past…it can all disappear in between the huffing and puffing of a 3-miler past the White House. Two weeks ago, I was running with someone and we somehow discovered that both of us had the same favorite flavor or Ben and Jerry’s: Dublin Mudslide. Even little connections matter.

Some of these people never had anyone believe in them in their life. That’s why choosing a member of the month matters to them. That’s why reaching their running goals is so much more than checking off a mark on a piece of paper. Back on My Feet is giving them their life back — or helping them find the life they never had before. The running is to fuel the inspiration but the people are the real strength to keep on going.

So, here’s the QUESTION, has anyone else felt like they aren’t doing enough? Or giving enough money to good causes? It’s like, I have so much. I’m blessed with SO MUCH. It’s hard to find the balance of what’s right. I’m thinking and praying on it but wanted to throw it out there for feedback as well.

In the meantime, get on over to check out BOMF! There are chapters in Philly, Baltimore, Indianapolis, Chicago, Boston, Dallas, Atlanta and New York!

And, you sure as heck start following us on Twitter 🙂 —–> @BOMFDC!
*All the chapters have their own accounts so if you’re feeling generous just follow them all 🙂

« Where Did All the Curves Go?
Cinnamon Pumpkin Muffins »

I am a salsa girl! I would like to go to a … END_OF_DOCUMENT_TOKEN_TO_BE_REPLACED

Why yes, I AM too cheap to purchase the … END_OF_DOCUMENT_TOKEN_TO_BE_REPLACED

These photos were taken by last year's NCC team to … END_OF_DOCUMENT_TOKEN_TO_BE_REPLACED 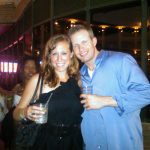 *The winner of the Mizuno running shoes revealed … END_OF_DOCUMENT_TOKEN_TO_BE_REPLACED

It's 4th of July weekend so you know what that … END_OF_DOCUMENT_TOKEN_TO_BE_REPLACED

I read books cover to cover. I read the … END_OF_DOCUMENT_TOKEN_TO_BE_REPLACED