So that’s a fun photo, right? It doesn’t exactly represent the success — or lack of — of today’s Hot Chocolate 15k at National Harbor. Long story short, we had planned to run the 9.3 miles at 8am in awesome winter weather. A poorly planned event with 20,000 runners lead to traffic backed up for hours, disorganized parking and no updated information.

By the time we got to the race, it was nearly 9am and the race hadn’t even started. But, we weren’t sure where to go and our driver had to leave before we’d be done so….we ended up there, in our running gear, with no time to run.

Luckily, we’d given up hope back around 7:45am when we were still backed up on 295 with no hope of entering the Harbor in time to park and get to any semblance of a starting line.

I know many of us had been looking forward to this race but things started sounding difficult earlier in the week. Where would people park — realistically? How would runners actually get to run when the lanes were reportedly incredibly narrow? Logistically, how was this 9.3 miles supposed to work? Well, it didn’t so much — and we all wasted $75 dollars. Yeah, that much for this silly race.

So we said screw it, took a few photos and hit up brunch at “Ketchup.” Our two hours in the car were quite hilarious and I actually had a blast hanging out with the girls. I forgot how fun we can all have together, especially when stuck in a car thinking of the most ridiculous things to say about the most ridiculous race of all time!

I was totally sad to have missed the run — having gotten to bed early and already fueled with shot blocks and PB toast. Also, I was wearing my brand spankin’ new running outfit with matching shoes! Oh, speaking of shoes, did I mention that Mizuno sent me my new pair? I’m in love!!! I can’t wait to wear out my current ones and get flying in these pink beauties:

All in all — it is NOT a big deal. Comments on the Facebook page for Hot Chocolate show that there were A LOT of pissed off runners. The race was a mess but I do agree with a few optimists who said those of us running, who were from DC, should have anticipated the traffic better. Agreed. However, the event planners should have consulted with experienced DC planners to see what it would entail.

In the car, the girls and I also agreed that it seemed like Hot Chocolate was out to make money rather than provide a quality race. 20k runners was clearly too many for a place like National Harbor. I got a million emails and ads from the race in the previous months saying to “sign up before its too late,” that the slots were “almost gone.” They did more advertising than any race I’ve ever seen — no joke. It did look like a fun race but I should have known when they didn’t even have chocolate at the expo that something was amiss!

I’ll just say that the day was fun with my friends and I’m not one to remain angry about something as small as this. I ran a great 9 miles later in the day and all was well. No more Hot Chocolate 15k’s for me though — and a lot of other people too I’m sure.

« Give a Little Bit
Running in the Moonlight? » 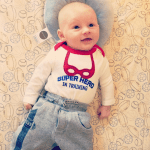 One of those things I didn't understand about … END_OF_DOCUMENT_TOKEN_TO_BE_REPLACED

I've been in Indiana for three days and have loved … END_OF_DOCUMENT_TOKEN_TO_BE_REPLACED

*This shop is part of a social shopper marketing … END_OF_DOCUMENT_TOKEN_TO_BE_REPLACED 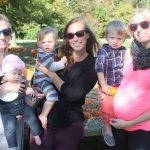 My grandma got breast cancer when she was in her … END_OF_DOCUMENT_TOKEN_TO_BE_REPLACED

I had to do it. I think Rachel started this (but … END_OF_DOCUMENT_TOKEN_TO_BE_REPLACED

Yesterday, we spent the day day being tourists in … END_OF_DOCUMENT_TOKEN_TO_BE_REPLACED 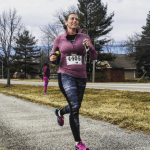 In 2015, I ran the least miles I have ever run … END_OF_DOCUMENT_TOKEN_TO_BE_REPLACED

On the rooftop in Portland, Oregon at … END_OF_DOCUMENT_TOKEN_TO_BE_REPLACED 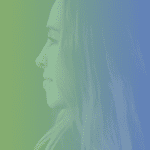 I don't know about you, but I kind of hate it when … END_OF_DOCUMENT_TOKEN_TO_BE_REPLACED